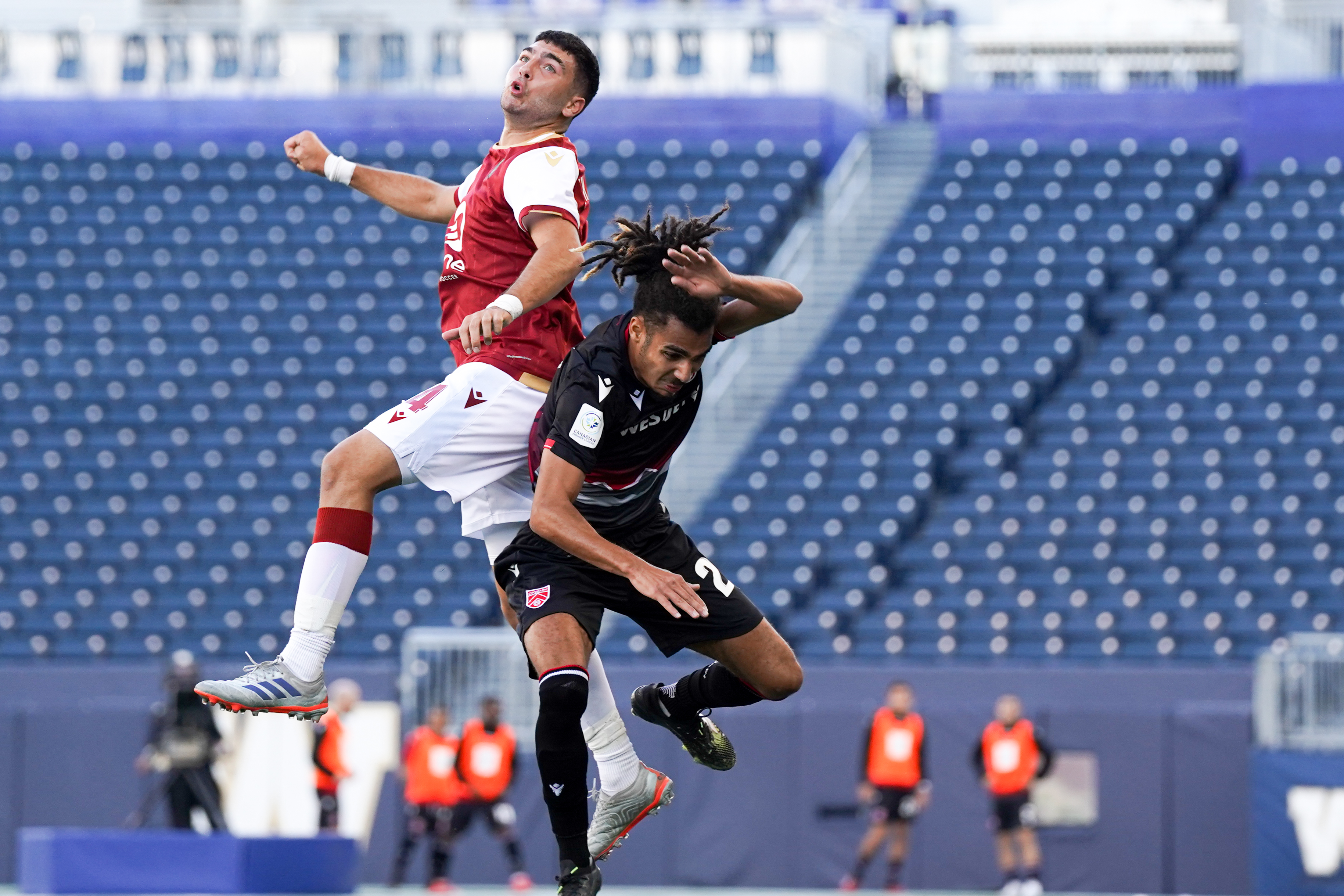 As he so often has in the early stages of his CPL career, Joe Mason provided the decisive touch for Cavalry FC as they took all three points away to Valour FC with a 1-0 win on Saturday evening at IG Field. In a feisty affair featuring nine first half cautions and several contentious officiating decisions, a battle tested Cavs team found a way to prevail as they so often do and moved (temporarily) atop the table with the victory.

Failing to pick up the win, Valour has now played once more than both York United and HFX Wanderers who face off against one another on Labour Day Monday. The Nine Stripes could move within one point of Valour for the fourth and final playoff spot with a win while the Wanderers would sit two back if they can beat York.

Settling into the squad and finding match fitness took some time for Cavalry’s Joe Mason, but the former MK Dons forward hasn’t looked back since. Now up to five goals on the season, trailing only HFX Wanderers’ Joao Morelli (7) and Atletico Ottawa’s Malcolm Shaw (6), Mason has started to show the sort of scoring pedigree that justifies the hype which initially surrounded his move to the league.

There was no shortage of chances at either end as both sides showed some moments of carelessness in possession which in most cases went without punishment. When Valour’s Tony Mikhael misjudged a headed clearance at the back post, however, Mason made no mistake in ensuring Valour wouldn’t get off unscathed in giving a player with his ‘fox in the box’ mentality the time on the ball he had ahead of his goal.

It was a game largely defined by chaos as 13 different players received yellow cards with Rocco Romeo seeing red just before the final whistle, but the result itself was decided by a moment of calmness from Mason — an attribute that’s quickly becoming the norm for the 30-year-old Cavalry striker.

Perhaps nobody else on the pitch worked harder than head match official Carly Shaw-MacLaren on Saturday, particularly in the opening half. Nine different players saw yellow in the opening half and both sides had legitimate shouts for a penalty kick at both ends but pleas from both teams were dismissed by the referee.

The one major moment worth dissecting came in the 37th minute when Cavalry defender put in a late tackle on Valour’s Rafael Galhardo right at the halfway line, a challenge Galhardo seemed to take exception to, first with Trafford and then Jose Escalante. Despite a melee to follow and the initial incidents, both teams remained at 11-aside.

Cooler heads would prevail for the most part in the closing 45′ — that is until Valour defender Rocco Romeo received a red card deep into stoppage time for what appeared to be a stomp on the boot of David Norman Jr. Enjoying the lead and the psychological advantage given their superior place in the table and prior record against Valour, the second half dropping into something of a lull suited Cavalry more than Valour as the hosts looked more comfortable in possession in the second half while absorbing any efforts of a home team equalizer.

In a backline filled with superstars including the likes of newcomers Norman Jr., Daan Klomp and veteran Mason Trafford, CF Montreal loanee Karifa Yao has been unfairly overshadowed at times during the course of the 2021 season so far despite consistently strong defensive showings.

A shift wider left against Pacific last month specifically tasked to man-mark Marco Bustos saw Yao start to earn the sort of league wide recognition his play has warranted throughout this year and Saturday’s battle with Valour striker Austin Ricci was another tough test for the 20-year-old.

Despite a few moments where Ricci’s pace and strength looked to be trouble for the Cavs defender, Yao ultimately passed the test with flying colours as he played a vital role in ensuring the Valour talisman didn’t find the scoresheet on Saturday.

Headlines might get stolen by the flash of Klomp or the free tackling style of Norman Jr. from time to time, but Cavalry has one of the league’s top shut down defenders in Yao — his showing at IG Field on Saturday the latest piece of evidence in this claim.

For many of the reasons mentioned above, Yao was as important as any other Cavs player in ensuring they left Winnipeg with all three points. Leading Cavalry with four interceptions, two blocks and a passing percentage north of 94%, the Montreal native continues to bolster his case as one of the top defenders across the CPL.

Valour stick around IG Field for their next match when they host FC Edmonton on Tuesday (7 pm CT/6 pm MT), while Cavalry is back in Langford for the second time in three weeks where they’ll take on Pacific FC at Starlight Stadium on Thursday evening (7 pm PT/8 pm MT). Watch all matches live on OneSoccer.