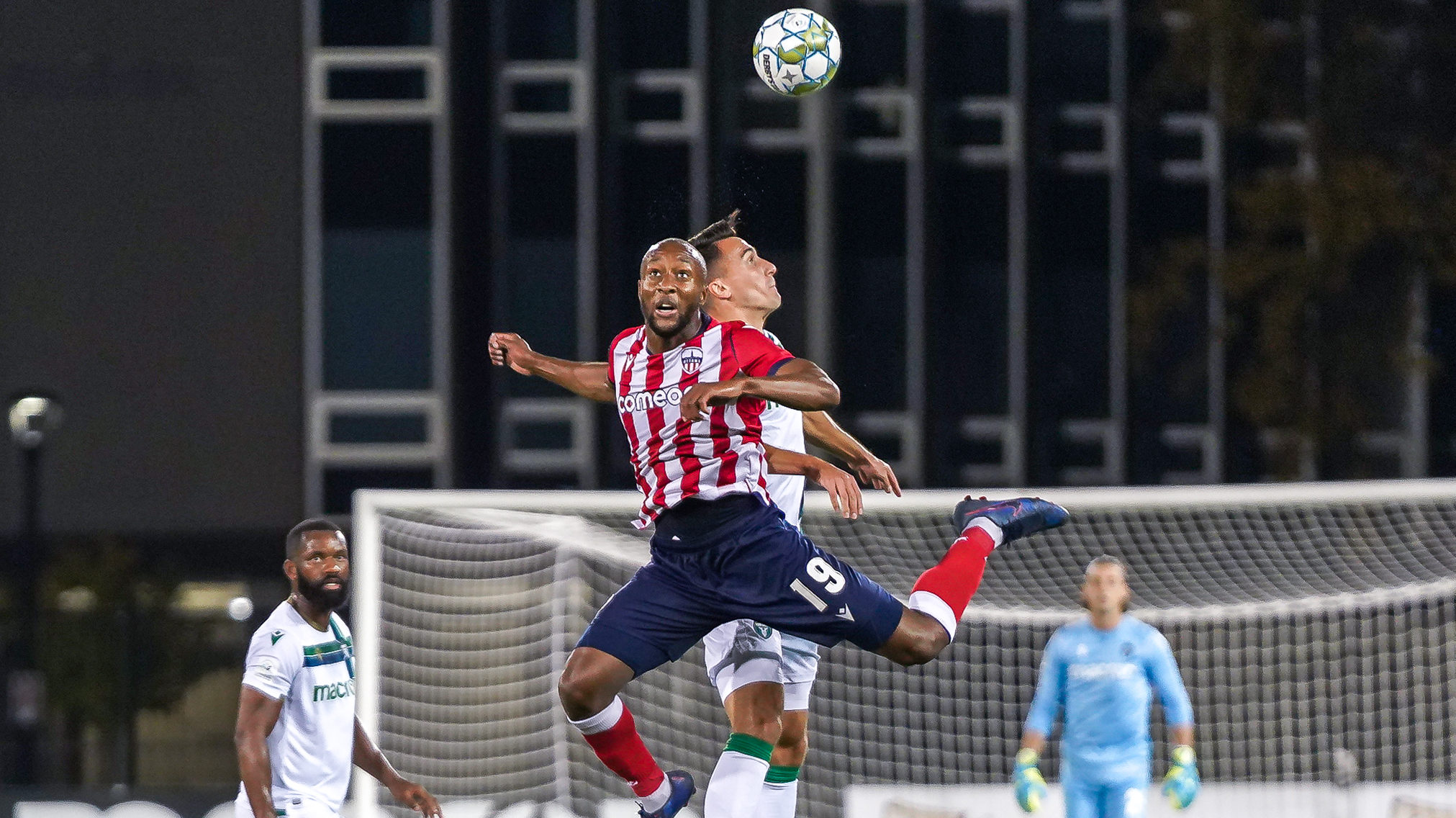 Atlético Ottawa and York United thrilled and entertained through 100 minutes under the lights at York Lions Stadium, coming to a 1-1 draw. A penalty beautifully drawn by Ryan Telfer and taken by Malcolm Shaw looked poised to play spoiler and stretched a York team desperate to capitalize on a game at hand in a hectic playoff race. That urgency reared its head in a frantic extended second-half injury time when, eventually, Jordan Wilson converted a second ball off a corner, sending a tense York Lions Stadium into raptures. With the result, York went two points clear of HFX Wanderers FC for the fourth and final CPL Playoff spot with six matches remaining. Ottawa, who sit last in the CPL, formally avoided elimination from playoff contention with their point.

Ottawa sported a conservative back-three with two traditional holding midfielders in Ben McKendry and Chris Mannella and wingbacks Miguel Acosta and Vashon Neufville. It was the first time Mista deployed such a shape – a peculiar change and one that ended up matching many of Ottawa’s strengths as a direct team. Ryan Telfer’s clinical finishing, Malcolm Shaw’s pressing, and neat combos with Noah Verhoven all gave Ottawa reason to smirk.

The team grew into the match, too, through a half-hour the squad seemed comfortable in a new setup, something that nearly sent them to get all three points.

“Sometimes we need to try a different system – when they accumulate five or six guys in attack it is the best way to handle them,” Mista said after the match.

“I thought we did a good job with it… Credit to the players and how they adapted to it,” defender Drew Beckie added. “It’s dangerous team, York, and I thought we handled them well.”

Let’s talk about Ryan Telfer – Ottawa’s marquee off-season domestic signing has been brilliant in spots… with layoffs, like the Gold Cup with Trinidad and Tobago, and a red card suspension leaving him on the out of Ottawa’s goalscoring charts and out of many conversations.

But Friday night was one of those brilliant spots. Charging at defenders, the powerful winger was playing with fire. He matched the Ottawa’s clear defensive instinct, too, dropping back in defense to record a team-leading four tackles though he coughed up the ball more often than expected. He was unfortunate not to score and drew a brilliant penalty – one of several times he managed York’s heightened pressure.

It’s hard to imagine why he’d have one of his best moments against his former team in York United. The CPL’s first-ever goalscorer departed York this off-season in an abrupt ending. Friday’s performance from Telfer tells us two things; Ottawa missed his in-form presence this year in attack and, let’s be honest, if he can play as sharply as he did against his former team, the sky is the limit.

No results to be taken for granted

It might be tempting to start predicting results late in the CPL season like this – even on the Friday of a long weekend (you can admit you thought to skip this match on OneSoccer). Here’s some advice: absolutely do not.

Ottawa’s draw, while it may have felt like a loss, is the latest in a string of notable upsets in CPL play — FC Edmonton’s win over Pacific FC and Ottawa themselves taking down Cavalry FC come to mind. The result, as mentioned, will be seen as a missed opportunity for York, who now stand two points clear for the fourth and final playoff spot over Halifax.

Previous analysis on this website had compared the run-ins of Halifax and York. The Nine Stripes were deemed to have a favourable listing, but any such advantage is now gone, to put it bluntly.

Brennan also rested several key players including Max Ferrari, who missed his first start of the season. He can’t be blamed for it either – busy schedules and a tempting home tilt against the last-place team is understandable, to say the least.

But Friday’s match is just another example, and something the top clubs in CPL should be wary of – all results learned.

Hard to look past the ex-York winger. Spurred by narrative with a vicious attack, Telfer gave us a vintage display last seen at York’s home ground.