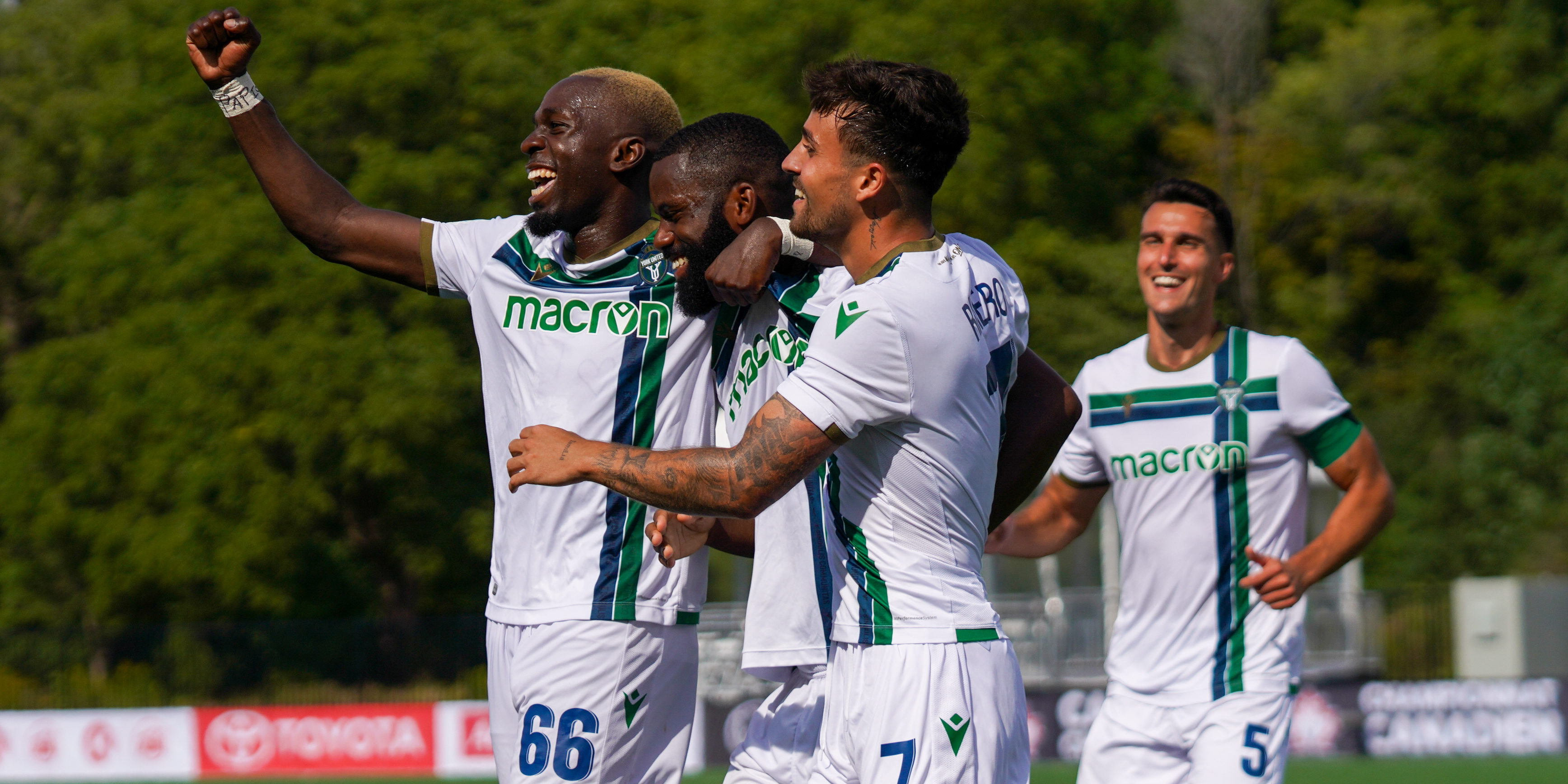 York United moved comfortably into the quarterfinals of the Canadian Championship with a dominant 5-0 victory over League1 Ontario outfit Master’s FA at York Lions Stadium. The Nine Stripes were on the front foot pretty much throughout the 90 minutes, with Max Ferrari finding the first breakthrough late in the first half. Osvaldo Ramirez added another just moments before the halftime whistle, and Jordan Wilson scored the third with a header from a set-piece routine. Julian Ulbricht scored one last one for United with a penalty kick in the 85th minute, as York secured the victory.

The Nine Stripes entered this game with Noah Verhoeven and Isaiah Johnston operating together in central midfield as the base of the attacking setup, and the pair looked tremendous playing off one another as they probed the opposing lines and looked for through balls or runs out wide from wingers. They covered for each other well, rotating with one player venturing forward and the other dropping into the space in front of the centre-backs.

Verhoeven was unshakeable in possession, making a team high 56 passes (47 of them in the attacking half), while Johnston was strong with his long balls and solo ventures upfield (including the outstanding run he made leading up to York’s first goal).

Both players have looked very good in those holding midfield positions in recent games, and their chemistry is developing rapidly. Verhoeven and Johnston set the tone and tempo of this game, keeping the attacking shape organized and facilitating York’s possession-oriented style of play.

Master’s show well in stretches, ultimately a step behind

This was always going to be a difficult matchup for the League1 Ontario champions against CPL opposition, but they certainly would’ve hoped to keep it closer than the 5-0 scoreline.

Master’s actually did manage to frustrate York’s attack somewhat in the first half, keeping the score level until the 38th minute — had they just managed to hold out until halftime, things might’ve gone quite differently.

The Saints also had a number of very good chances of their own; in the five minutes after halftime, they looked by far the more likely side to score next before Jordan Wilson found the net for York.

Coach Rick Titus waxed philosophical postmatch about his side, which was definitely a step behind York physically — their fitness wasn’t quite at the same level, and as a L1O side their preparation wouldn’t have been as extensive as the opposition’s.

Despite the result, Master’s will now take this valuable experience back with them into league play for this season.

Hovering around 70% possession for most of this game, York had plenty of opportunities to develop attacking moves and experiment somewhat with different combinations and movements.

The Nine Stripes came out with 27 shots — 11 of them on target, and 11 different players had a crack at goal. The opportunity to play so much on the front foot in a match setting was certainly something York wanted to take advantage of, and Jimmy Brennan made good use of his bench to allow more players (like Jordan Faria, Julian Ulbricht, and club debutant Sebastian Gutierrez) to get their feet wet and perhaps pick up some confidence.

Now that they’re unbeaten in four straight games across all competitions, York certainly look to be rounding into form with the squad becoming healthier and results starting to go their way.

Brennan did point out before the game that it was crucial for York to take full control of this game and play a well-rounded 90 minutes, and he will have liked what he saw in this win.

“We said at the beginning we’ve got to make sure we take control of this game,” Brennan told reporters postmatch. “Often you’ve seen in cup matches, especially one-off games, they’re banana skins so we had to make sure we put a professional performance tonight and I felt we did all over the park. The subs that came on showed some incredible work ethic and I thought we were disciplined in our approach.”

Brennan added that there’s tremendous value going forward in such a complete performance as York put in on Saturday: “I think a sense of belief is really starting to come into the dressing room, we’ve got a good bunch of guys that are willing to work hard for one another… I think it’s a confidence boost as well, when you get a good result you’d love to carry that momentum, and I think we’ve done that over the last four games with three wins and a draw.”

The veteran midfielder had his fingerprints all over this match, making an astounding seven key passes and assisting two goals with inch-perfect delivery.

York will be back at home this Wednesday, August 25 to host HFX Wanderers FC (6 pm ET) in Canadian Premier League action. Their next Canadian Championship match will be in mid-September against Toronto FC. Watch all CanPL and CanChamp matches live on OneSoccer.