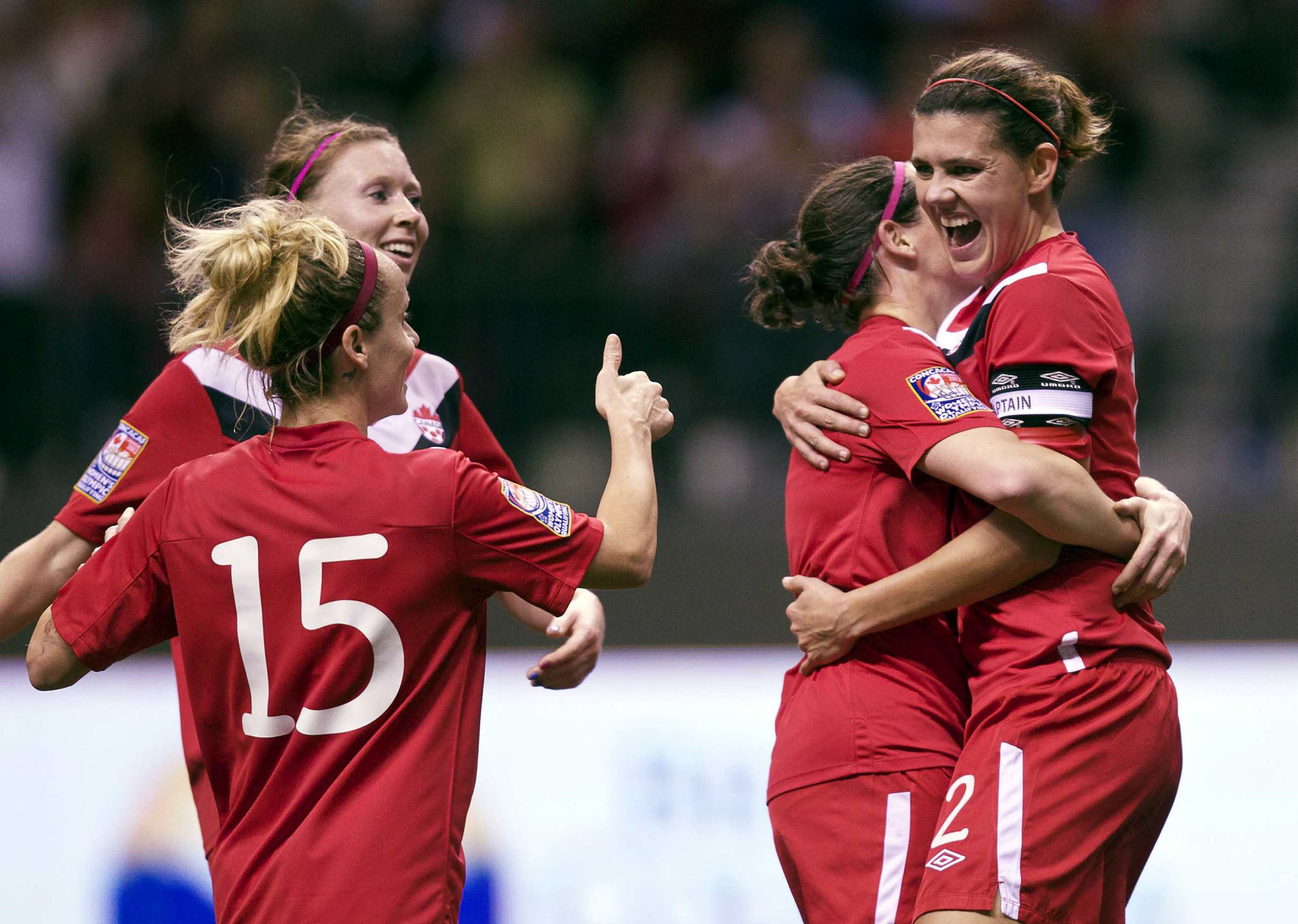 Below is part 1 of our three-part series. To read part 2, click here.

My first memory of Christine may be my favourite because it was before “everything” happened, and her career is what we know it to be today. We were training and preparing for the inaugural U-19 World Championship held in Canada, and the journey to get to the team was tough and competitive. We went through the provincial ranks, and many, many camps to finally be named to the final roster of players who would eventually represent Canada.

Christine had shown up about two to three weeks before the tournament kicked off, and that was because she was with the senior national team. Not only was she spectacular, winning the Golden Ball and Golden Shoe awards, but she was so humble, funny and unbelievably competitive. Without spending tons of time with her, I knew she would be one of the greatest to ever wear our jersey.

To say she is talented would not be fair enough to encapsulate her incredible qualities. She is hard-working, diligent, professional, methodical in her performance preparation, team-oriented and just clutch in every sense of the word. The fact that she (broke) a world record in the world’s most popular sport is a poetic touch to an already legendary career. My hope for her is that she gets all the recognition she deserves to honour a career that will forever highlight our soccer history here in Canada.

When I think of Sincy, there is one word that comes to mind: legend!

Even with everything that she has accomplished, she stays so humble and down to earth. For her, it doesn’t matter what role you play on the team — everyone is equal. It doesn’t matter if you are a sub, a starter, an alternate, she will treat you with the uttermost respect, and that’s the kind of leader that allowed us to win two bronze medals at the Olympics.

There are two moments that, for me, are so special and show how good of a person Sincy is. One was in London 2012 after our heartbreaking loss to the USA in the semifinal. When we were in the locker room, you could hear a fly as everyone was so silent, still in shock of what had just happened. Then, Sincy, who just scored a hat trick versus the USA, stood up and told us how proud she was of all of us and how much she loved every one of us. And she said that we still had one game to go to bring a medal back to Canada and that she will do anything in her power to make that happen.

The second was when I played my last game for Canada on Feb. 4, 2017, in a friendly versus Mexico at B.C. Place. Before we went out on the field, she came up to me in the locker room and handed me the captain’s armband and told me that I was going to be the one to lead us on the field. I was speechless, and it brought tears to my eyes. It was such an honour coming from her. She didn’t have to do that. That showed me the respect she had for everyone on the team, no matter the role. I will never forget that moment!