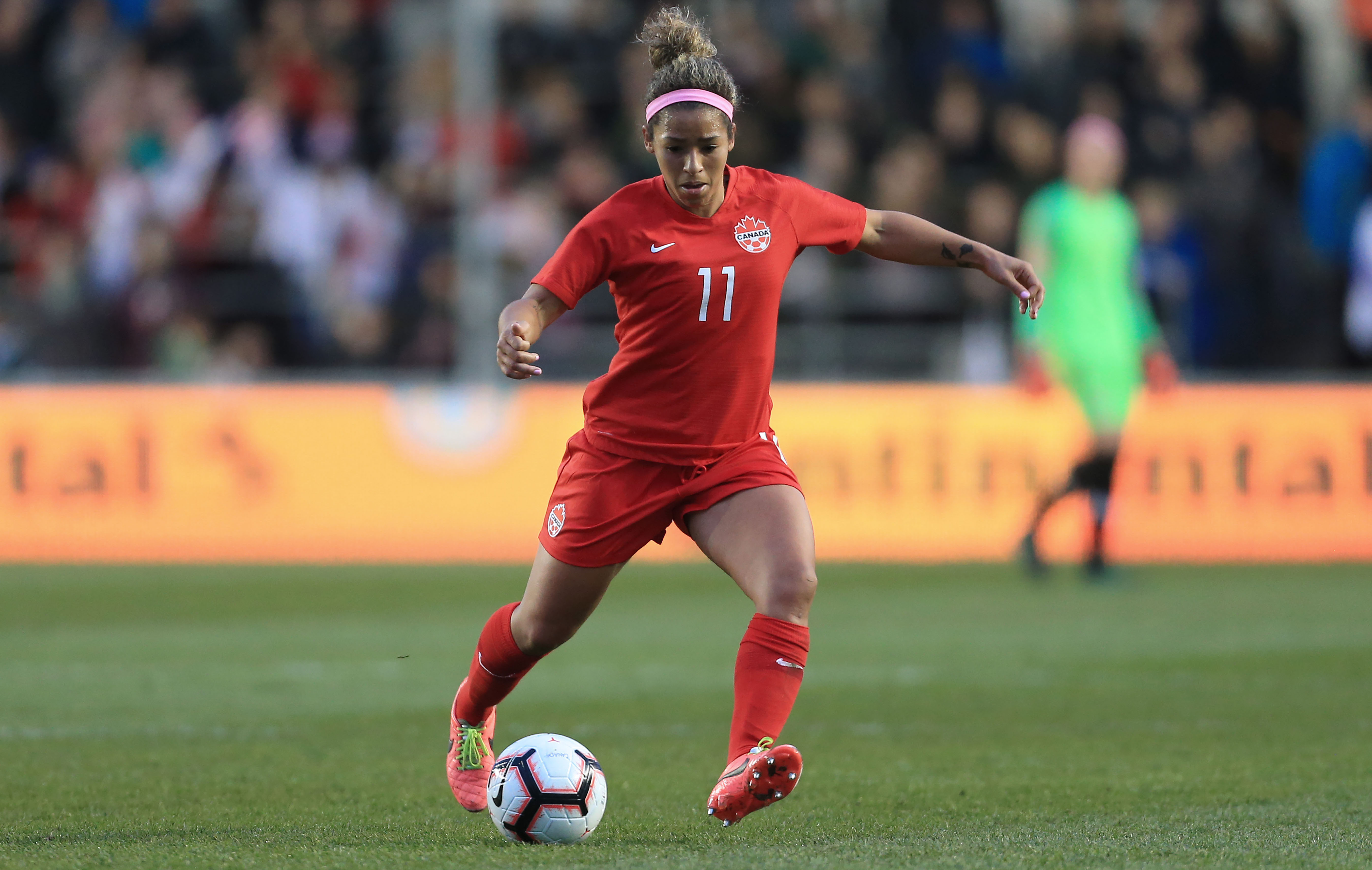 For more than a decade, Desiree Scott has been a whirling dervish on the pitch for the Canadian women’s team, supplying the side with plenty of muscle and steel in the heart of midfield.

Scott hasn’t scored a single goal and she’s tallied just four assists in close to 160 appearances for her country. But since becoming a regular starter under former coach John Herdman, she’s established herself as one of Canada’s most consistent, reliable and durable performers, playing a key role in helping the team win bronze medals at the 2012 and 2016 Olympics.

Canada is currently holding a training camp with over 30 players in Florida in preparation for the 2021 SheBelieves Cup, a four-nation invitational tournament that kicks off next Thursday. Coach Bev Priestman is expected to name her final roster a few days before Canada’s opening match of the competition.

As one of Canada’s most loyal servants, Scott is not only expected to make the final cut, but also continue to serve as the team’s midfield dynamo at the SheBelieves Cup, like she has for the past 11 years.

Watch Canada at the 2021 SheBelieves Cup LIVE on @onesoccer and on CBC on delay!

Scott, a 33-year-old native of Winnipeg, stands just five-foot-three, but don’t let her diminutive size or affable demeanour fool you. On the pitch, she’s deservedly earned the nickname “The Destroyer” on account of her physical style of play, highlighted by her fearless tackling ability, her relentless box-to-box pursuit of the ball, and her never-say-die spirit.

After cutting her teeth at the under-20 level, Scott made her senior team debut in a match against Switzerland at the Cyprus Cup on Feb. 24, 2010. Since then, she’s been a mainstay in the national team, earning 157 caps (119 as a starter). Scott ranks fifth in all-time appearances for the women’s side, behind only Christine Sinclair (296), Diana Matheson (206), Sophie Schmidt (199) and retired defender Rhian Wilkinson (181).

Canada’s match vs. Brazil at the SheBelieves Cup on Feb. 24 will mark 11 years to the exact date of Scott’s senior team debut, an anniversary she didn’t know was fast approaching until told about it during a Friday conference call with reporters.

Eleven years on, the competitive spirit within hasn’t dimmed in the slightest for Scott, who said she has a renewed passion for the game each time she comes into camp and is called up by the national team.

“Later in your life, as your career is starting to wind down, you take more time to reflect on where you’ve been and what you’ve done. I just have immense feelings of gratefulness to still be here after that long. It speaks to what this team is and who they’ve become – my family. They’ve been my life, this team. It’s just a joy to be here,” Scott said.

That family could soon add some new members. There are some fresh faces currently in the Canadian camp, many of whom could potentially become regular fixtures with the team in the future, much like Scott has for the past 11 years.

In total, there are five players who have earned their first call-up: forward Evelyne Viens, defender Bianca St. Georges, goalkeeper Rylee Foster, and midfielders Jordyn Listro and Samantha Chang. Teenager Jade Rose has yet to earn her first senior team cap, but she did participate in two camps under former coach Kenneth Heiner-Møller.

What advice would Scott give to these youngsters who are eager to earn their first caps for Canada?

“What I’ve told some of the young ones is (to just) enjoy every moment you have wearing that Canada crest on your chest, and don’t take it for granted… Coming into your first camp, there’s a lot of stress, you want to perform, you’re playing with some of the big names you’ve watched on TV, (but also) remembering to enjoy the process and know it’s not going to be perfect,” Scott said.

RELATED READING: Plenty of new blood for CanWNT as latest camp set to kick off

This will be Canada’s first appearance in the SheBelieves Cup, which will take place at Exploria Stadium in Orlando. This year marks the sixth anniversary of the prestigious tournament, and will see Canada play the United States, as well as Brazil and Argentina.

The Canadian side will kick off the competition against the U.S., currently first in the FIFA world rankings, on Feb. 18. Following that game, they’ll take on 31st-ranked Argentina on Feb. 21, followed by eighth-ranked Brazil on Feb. 24. Canada is tied with Brazil in the world rankings.

The SheBelieves Cup marks Canada’s return to action for the first time in close to a year, as the team has been idle since competing at the Tournoi de France last March. The SheBelieves Cup also gives a valuable opportunity for Canada to prepare for this summer’s Tokyo Olympics.

“What a way to start the year off (against the U.S.) after not being together for a year. We can come into this camp and make a ton of excuses, but for us it’s about the opportunity that we have ahead of us,” Scott said.

“You’re playing the No. 1 team; anytime we play them it’s always a gritty battle, so we’re looking forward to using that as a measuring stick to gauge where we’re at after not being together for a year. But also looking at it as an opportunity to shine, see where we’re at, show what we’ve got and build on that through the rest of the tournament.”

The SheBelieves Cup also marks a return to action for Scott after a lengthy layoff. As a member of Utah Royals FC, she opted out of last summer’s 2020 NWSL Challenge Cup due to family reasons, and she also did not play in the NWSL Fall Series. Utah folded in December, and Scott’s rights were transferred to expansion side Kansas City, so she hasn’t played a competitive game for club or country in close to a year. She’s been keeping in shape while working out on her own back home in Winnipeg.

Scott admitted she was “teary eyed” at Canada’s first team meeting earlier this month in Florida.

“It’s been a long time coming to get on the field with other people… I’ve really missed being in environment and that team aspect of things,” Scott said.