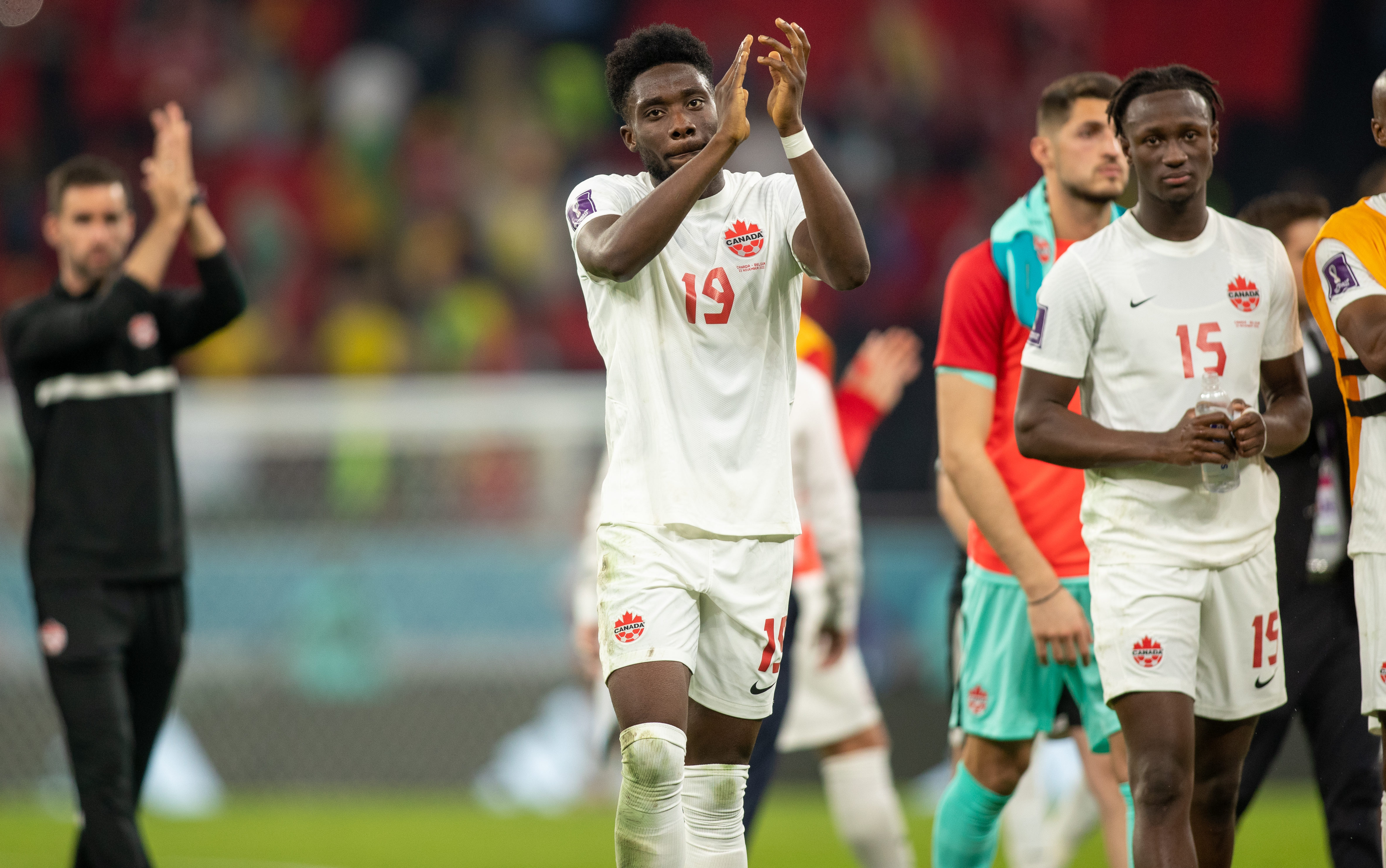 In the days, weeks, and months leading up to Canada’s World Cup match against Belgium on Wednesday, John Herdman undoubtedly made sure his players were as prepared as possible to step onto a stage they’d never seen before.

That much was evident in the performance amid their 1-0 loss to FIFA’s second-ranked team in the world. Still, one unfortunate — if unsurprising — thing did become clear: The team comprised of players in their first World Cup did, indeed, look like this is their first World Cup.

There is no shame whatsoever in how Canada played; they seem to have become one of the most fascinating on-pitch stories of this tournament already, having outplayed a top side in Belgium in their first match on Wednesday. What’s important, though, is that they will also have learned a great deal from the experience, which will leave them feeling proud of their performance but nonetheless disappointed to be left empty-handed.

Much like they did after drawing 1-1 with Mexico at the Azteca, Canada doubtless feel that they should have had at least a point — probably three — from this opening match. As was the case that previous time, the fact that they’ve come away from such a difficult contest, having impressed pretty much everyone in the process, and aren’t satisfied is a testament to the mentality in John Herdman’s group.

The way Canada approached Wednesday’s game was remarkable, and the primary thing they learned was that they can be successful trying to play on the front foot against top-quality opposition. That said, they learned a few harsher lessons as well.

It’s easy to forget that throughout World Cup Qualifying, Canada actually did have quite a few matches where they didn’t score as much as they could have, not always capitalizing on their chances consistently. The same was true against Belgium — they had a whopping 22 shots to the Belgians’ nine, but Canada only put three of those on target, none of them (aside from the penalty) really testing Thibaut Courtois that much.

Canada have now had to learn very quickly how thin the margins are at a World Cup. If they’re unable to be more clinical in the final third against Croatia on Sunday, their chances of advancing will likely be dead. Such is the nature of a three-game group stage; Canada could afford to struggle for finishing once, but not twice. Jonathan David, certainly, will hope to be a little sharper in front of goal — he probably should have done better with a headed attempt off a good Stephen Eustáquio delivery in the second half, for instance — as will Tajon Buchanan.

As for Alphonso Davies, the missed penalty will surely haunt him for a long time if Canada fail to get out of their group. Credit is, of course, due to the young superstar for choosing to step up in a key moment for his country, but the fact that he wasn’t able to convert is yet another difficult moment for the Canadians to endure and learn from.

With Canada’s now four-game goal drought historically at the World Cup beginning to loom large, there’s no denying that the prospect of being the country’s first men’s goalscorer at this tournament crosses players’ minds when the ball falls to them in the attacking third. Those jitters may well have led to some overthinking or poor execution in the box at times on Wednesday, but they’ll need to shake that off quickly for the final two matches.

At the other end of the pitch, Canada defended exceptionally well, but all Belgium needed was one moment where Canada’s backline wasn’t quite set and they put the ball in the net. In many cases, that’s how teams succeed in a major tournament — not by dominating opponents and winning each game by two or three goals, but by capitalizing on a chance to score a timely one.

Historically at the World Cup, teams appearing at their first tournament in at least 30 years (or ever) have often struggled out of the gate. In fact, since 1998, the only sides to win their first match after such an absence were the Czech Republic and Australia in 2006, Senegal in 2002, and Croatia in 1998. Eighteen teams (now including Qatar and Canada) have lost their first game, and three (including Wales on Monday) have managed a draw.

Several of those teams have recovered well after learning the same harsh lessons as Canada in their players’ first World Cup experience. Ghana and Ukraine in 2006, for instance, both won their next two games and made the knockout stages. In 2002, Turkey finished with four points and advanced on goal difference.

It is far from over for Canada, who will be brimming with confidence heading into their games against Croatia and Morocco. What they learned against Belgium — how important the details are, how fast the pace is against world-class opponents, and how quickly you can find yourself behind — will serve them well going forward.

For a debut performance, Les Rouges certainly did themselves proud; now, though, their own internal expectations of themselves will be higher, and they won’t be anything but disappointed if they don’t pull out a result on Sunday.