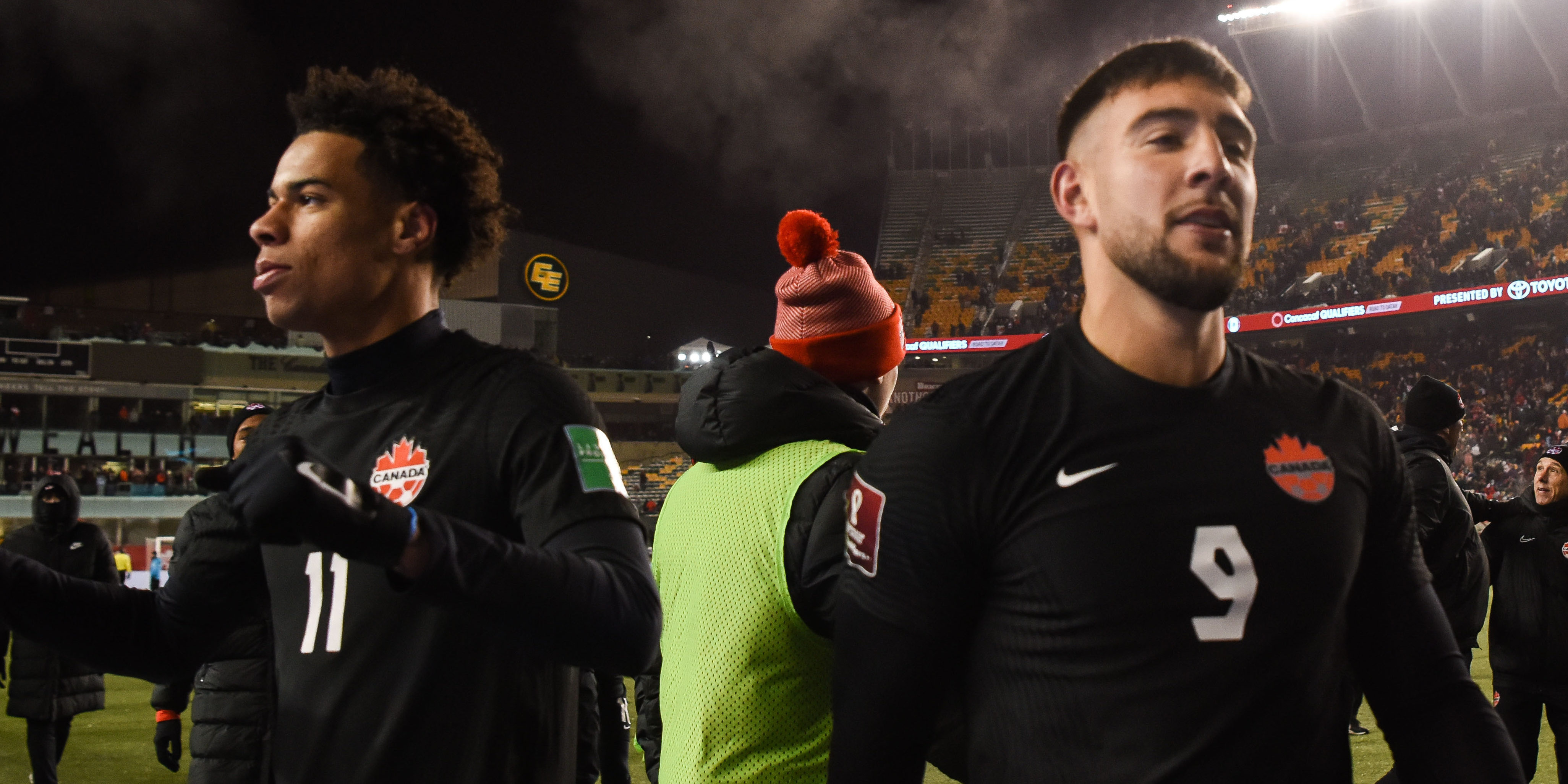 With each World Cup Qualifying window has come a new challenge for the Canadian men’s national team.

First it was the various tribulations of the gauntlet of minnows, and the do-or-die matchup with Haiti. Then, the pressure of coming home and beginning the Octagonal hit in September. Canada went on to survive the Azteca and triumph in a must-win over Panama. And in November, they soared to new heights on frozen home soil to climb to the top of the table.

As they open 2022, John Herdman and co. find themselves staring, once again, at their greatest challenge yet.

The difficulties compound in this January window. First, there’s the schedule: two trips into the hostile dens of Honduras and El Salvador sit astride an ice-cold rivalry matchup back at home with the United States, all in the space of a week. That, alone, led Canadians to circle this particular trio of games when the schedule came out in the summer.

Add to the nightmare schedule the news of Alphonso Davies’ absence — plus, if reports are to be believed, that of Stephen Eustáquio as well for at least part of the window — and the mountain of a challenge looms over this Canada side.

This is far from the first time things have been stacked against the Canadian men’s national team, though. And in this qualification cycle, they’ve passed almost every new test with flying colours.

So far, a varying cast of heroes — both expected and unlikely — has emerged for Canada at different junctures in this mission. From Alistair Johnston, to Cyle Larin, to Samuel Adekugbe, most of the players in this squad have had their moment in the sun (or snow).

The most exciting thing about this coming round of games is the opportunity for even more members of this team to find their signature episode of the 2022 World Cup Qualifying campaign — the single moment that, when each player looks back on this run many years from now, he’ll recall with a degree of personal ownership. Jonathan Osorio has his goal at the Azteca; Doneil Henry has his challenge on Chucky Lozano in Edmonton — the list goes on. This week, Canada may need a moment or two from sources that have yet to truly make their mark.

This week presents the most challenging travel schedule yet for a squad that’s already shorthanded, with an emotional clash right between the two away dates. With a schedule like that, John Herdman will have no choice but to test the depth of his 25-man roster, particularly with all three games certain to be hostile, physical affairs that will surely produce bumps and bruises.

Where might those new stories emerge, though? Despite Canada’s success in this Octagonal round, a few players still have yet to hit their stride against the top opponents. Jonathan David, of course, is the first name to come to mind: probably the most talented player in this Davies-less roster, and one of the best goalscorers in all of European club football this season, the Lille striker has another gear he’ll hope to find for country.

He has three goals in the Octagon — the most notable being the lone marker in Canada’s 1-0 win over Costa Rica in Edmonton — but he has yet to deliver the man-of-the-match performance he’s delivered at other times in a Canada shirt.

Other pieces of the attack could be the x-factor, as well. Junior Hoilett, sometimes the forgotten star in this team’s high-powered forward group, has been such a reliable force for this team over the years, but injuries have kept him from being as present as he’d like the past few months (though he was excellent against El Salvador in September). Or what about Lucas Cavallini — hero of Canada’s most recent victory over the United States — who hasn’t started an international match since the Gold Cup? He had an up-and-down 2021, with injuries limiting his involvement in this final Concacaf qualifying round, but he too has been a reliable finisher for Canada the past few years.

Perhaps Iké Ugbo, only recently brought into the fold, could make his first real impact at the international level.

Even without Davies, there’s incredible attacking talent in this team, and so far Larin has yet to let them down — he’s been one of the most consistent World Cup Qualifying goalscorers on the planet this cycle, with 11 goals in 10 games — but a big game from one of his fellow attackers would be much welcomed.

If Eustáquio does miss some or all of the window, then the midfield will also be a spot where a new (or resurgent) hero could take the spotlight. Samuel Piette, who hasn’t seen much time in the starting lineup recently, could have an important job, especially against the possession-favouring United States; he’s a very different kind of midfielder to Eustáquio, but his hard-nosed ball-winning skillset could prove useful.

Mark-Anthony Kaye and Jonathan Osorio may need to pick up creative burden from Eustáquio, who has always been so good at advancing the ball to spring attacks with incisive passing for his country. And of course, Atiba Hutchinson will surely play some kind of role, perhaps operating either as the deep-lying midfielder or as a link between Piette and one of Osorio or Kaye.

At the end of the day, this is yet another hurdle Canada will have to clear on their path to Qatar. They’ve already proven, repeatedly, that this generation under John Herdman is made of sterner stuff than prior editions of the Canadian men’s national team, and there’s no reason to fear this window might be any different.

This team is deeper than it’s ever been, and the spotlight is there for any of these 25 men to seize. As that promised land of World Cup qualification draws ever nearer, each of them will be keen to leave his mark on this story.