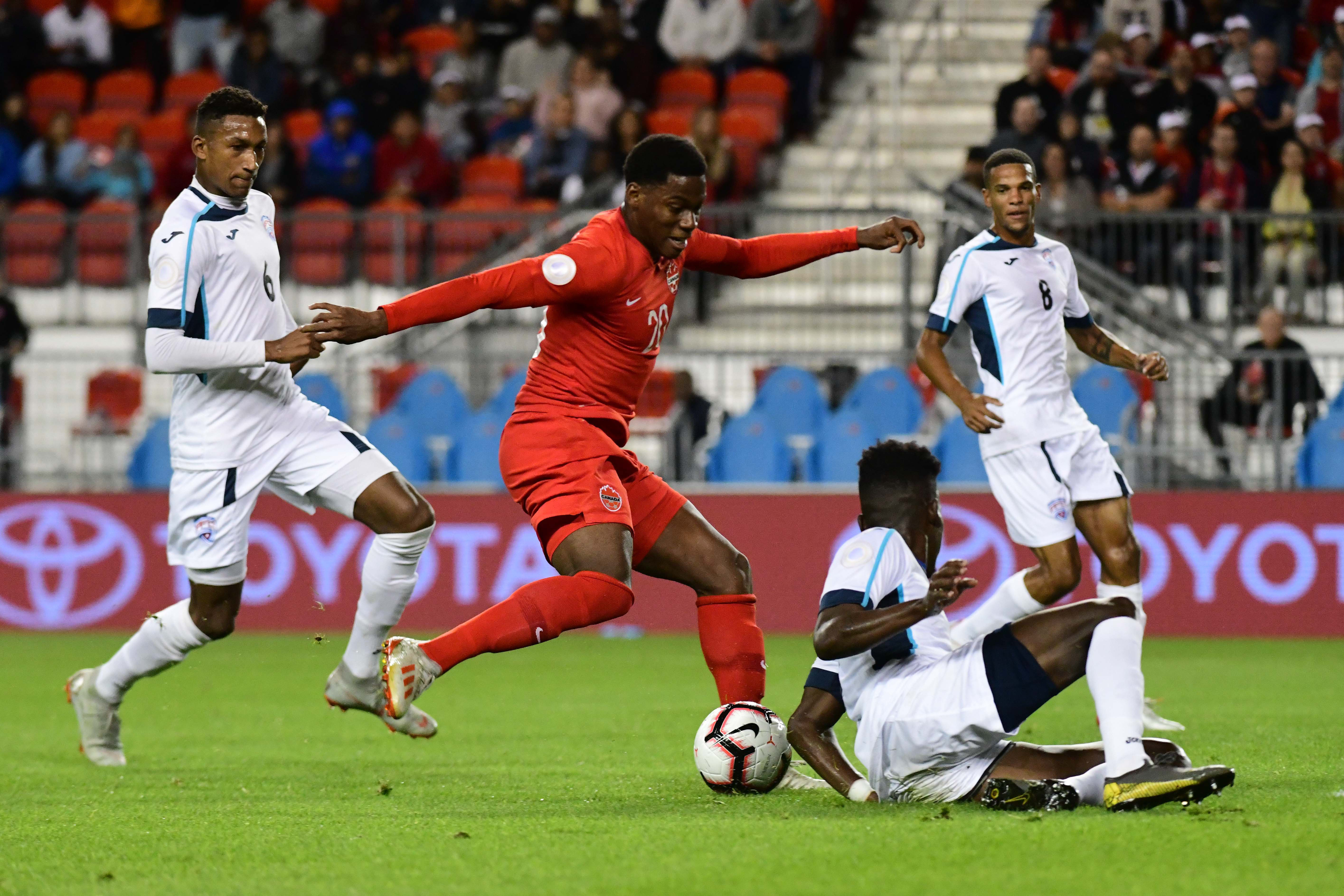 OneSoccer will host a special watch party on Tuesday night featuring a rebroadcast of Canada vs. Cuba in Concacaf Nations League qualifying from Sept. 7, 2019.

The full match will be live streamed and made available to all soccer fans via OneSoccer’s YouTube channel.

If you weren’t at BMO Field in Toronto or didn’t see this match when it originally aired on OneSoccer, this is your chance to watch it for the first time and see Canadian soccer history be made.

David Hoilett bagged a hat trick, and Jonathan David continued his torrid scoring pace, as Canada opened Group A play in the Concacaf Nations League with an emphatic 6-0 drubbing of Cuba.

It was a record-breaking night for Canada, who set a new team benchmark for goals scored in a home game. Jonathan Osorio and Doneil Henry also scored, and goalkeeper Milan Borjan earned his 19th clean sheet for Canada.

Coach John Herdman handed a first cap to Toronto FC fullback Richie Laryea on the night. With Scott Arfield and Atiba Hutchinson unavailable due to injury, Hoilett wore the captain’s armband for the first time.

The Reds swarmed the Cubans right from the opening kickoff, with Hoilett pouncing on a giveaway in midfield before hitting a swirling shot from outside the box that nestled inside the near-post.

David padded Canada’s lead with a highlight-reel goal, beautifully controlling a fabulous pass from Mark-Anthony Kaye, and then keeping his composure as he held off two defenders before slotting his shot through the legs of Cuban goalkeeper Sandy Sanchez.

The strike was the eighth of 2019 for David, who set a new team record for most goals in a calendar year.

The home side was cruising, but the visitors nearly cut into the lead following a miscue by Henry inside his penalty area. Luckily for Henry that Borjan bailed him out by denying Cuban forward Maykel Reyes.

Undaunted, the Canadians started the second half with a flurry, and they were duly rewarded when Hoilett netted his second of the game with a low drive from the edge of the box off a brilliant cross-field pass from Osorio. Moments later, Osorio made it 4-0 by tapping home at the far post off a setup from Hoilett.

Henry scored his first international goal by stabbing home a shot past Sanchez as Canada continued to beat down the Cubans, before Hoilett completed his hat trick by converting from the penalty spot.

Watch the broadcast of this game by visiting OneSoccer’s YouTube channel.