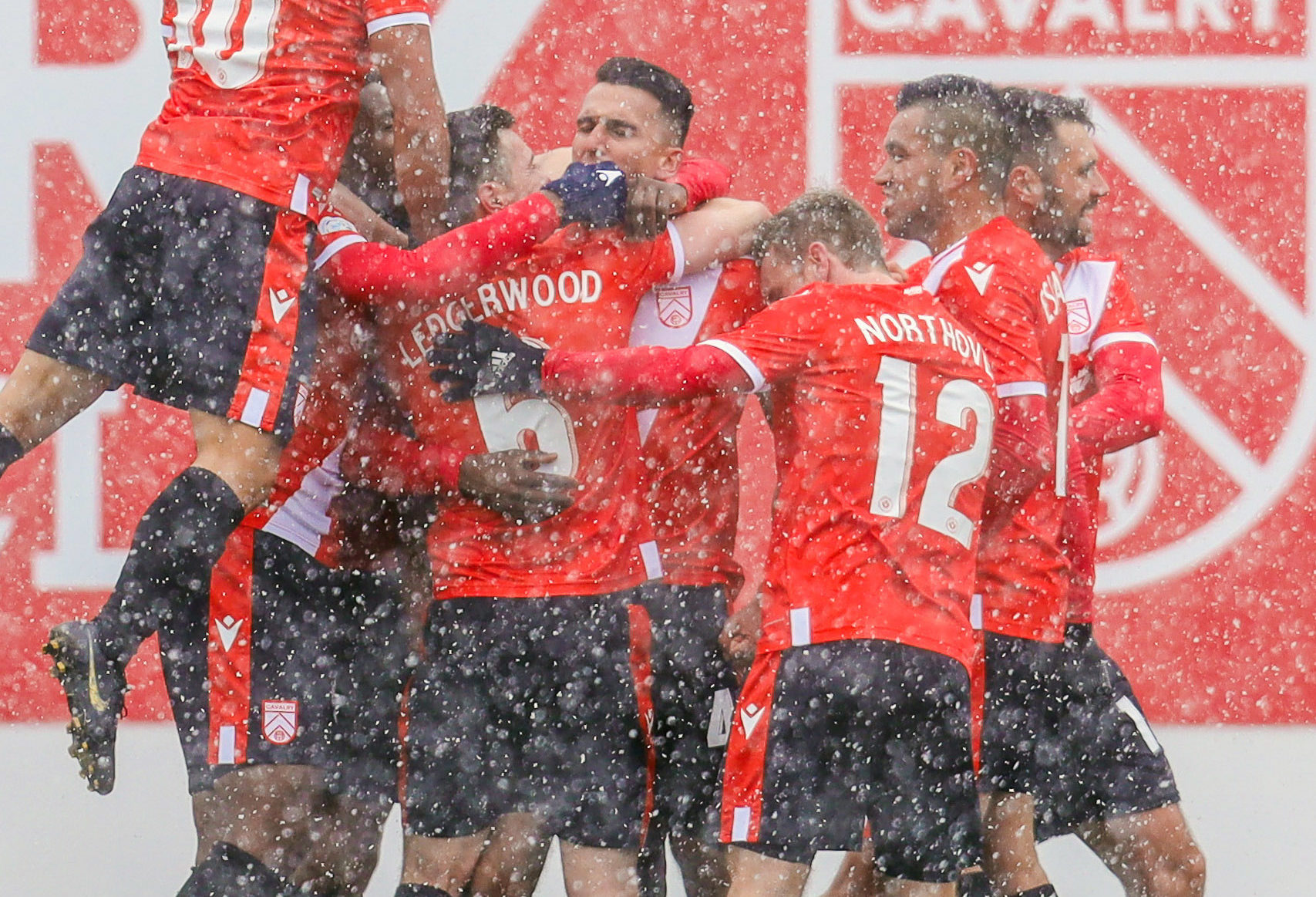 OneSoccer will host a special watch party on Monday evening featuring a rebroadcast of Cavalry FC’s 2019 Canadian Premier League home opener vs. York9 FC from May 4, 2019.

The full match will be live streamed on Monday at 8 p.m. ET (6 p.m. MT) and made available to all soccer fans via OneSoccer’s YouTube channel.

If you weren’t at ATCO Field that day, or didn’t see this match when it originally aired on OneSoccer, this is your chance to watch it for the first time.

Cavalry was victorious in its inaugural match at home, eventually edging York9 FC 2-1 in a nervy and snowy contest at Spruce Meadows.

The Cavs started the game in control with a number of scoring chances and stand-out attacking plays, and it didn’t take long for Jordan Brown to break down York9’s door.

The English striker netted the first goal in team history in the 26th minute, scoring with a nodded effort from just a few yards out off a corner kick swung in by Julian Buscher.

RELATED READING: Why May 4, 2019 is the greatest day in Canadian Premier League history

The scoring chances continued for Calvary as they headed into the halftime break, enjoying 70 per cent possession and a comfortable 1-0 lead.

As the weather turned from cloudy to snowy, Y9 introduced Emilio Estevez, Cyrus Rollocks and Simon Adjei as second-half substitutes to improve their fortunes.

However, in the 78th minute, Dominick Zator smashed home a beautiful header for Cavalry’s second goal of the day – and the second from a corner – to give the home side a 2-0 lead.

York9 made one last stab at a comeback late in the game, with Adiej smashing home a well-worked play to make it 2-1. The 83rd-minute strike was just the second shot on target for Y9.

That wasn’t enough for York, however, as Cavalry held on to earn a win in their inaugural match.