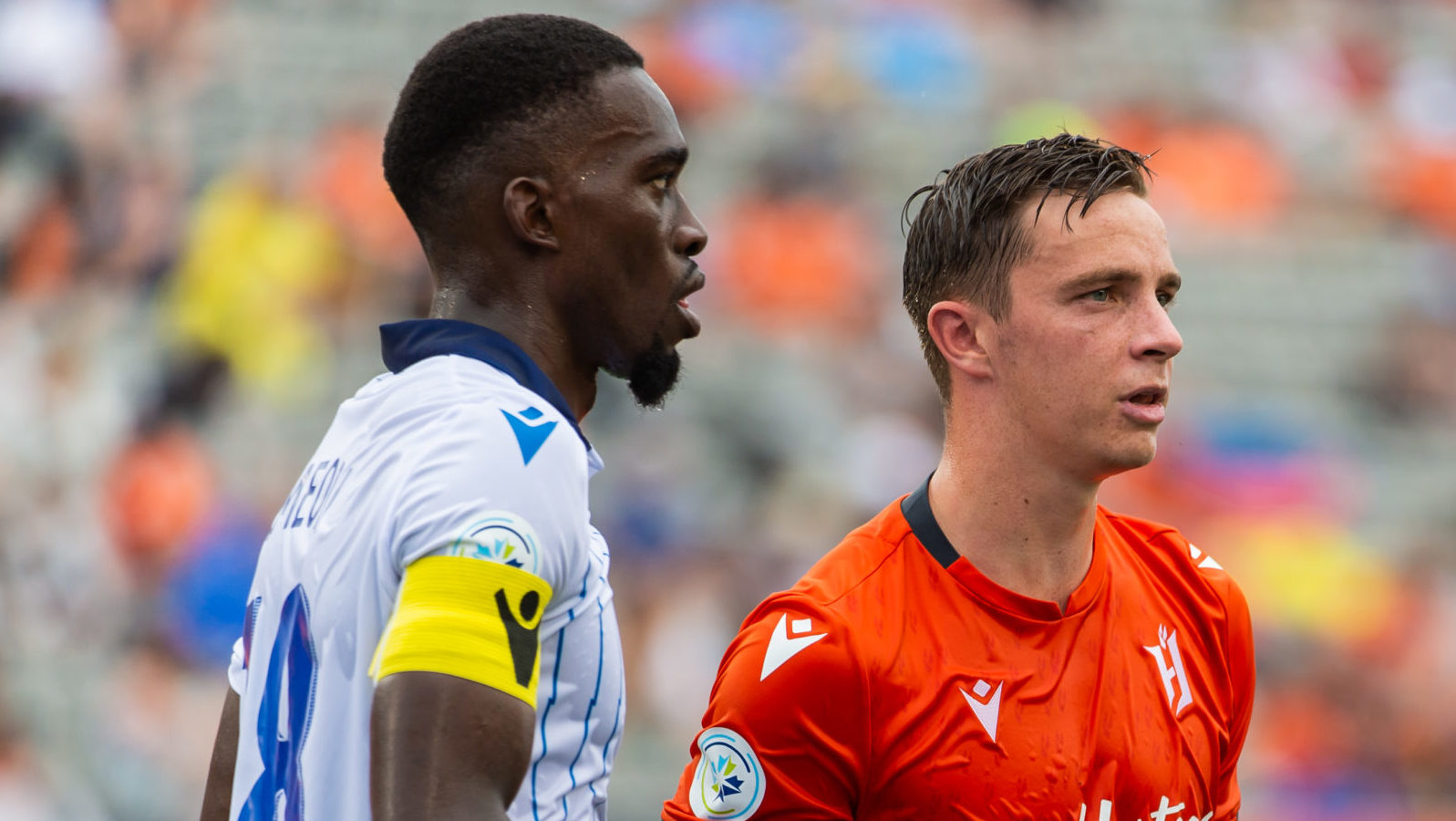 The full match will be live streamed at 9 p.m. ET (7 p.m. MT) and made available to all soccer fans via OneSoccer’s YouTube channel.

If you weren’t at Clarke Field in Edmonton that day, or didn’t see this match when it originally aired on OneSoccer, this is your chance to watch it for the first time.

The Eddies claimed a crucial 1-0 victory at home over Forge to knock the latter out of contention for the Spring season title, winning their second in a row just a week after downing Pacific FC 3-1 on the road.

Belgian forward Oumar Diouck struck in the 16th minute with his third goal of the season for FC Edmonton, finishing a well-worked team move and a low cross from Jeannot Esua.

“We tried that in training with Jeannot,” Diouck said of his goal after the game. “Sometimes in training, we centre, we put it in the box, one touch. Sometimes, in the box, you have a bit of luck.”

Edmonton came close to doubling its advantage near halftime, with Son Yong-chan striking home after a Tomi Ameobi flick-on set him and Diouck in on goal alone, but the play was ruled offside.

The home side spent the rest of the match thoroughly stifling the future champions, limiting Forge to just three shots on goal (all of which were stopped confidently by goalkeeper Connor James). Ramón Soria earned praise for his work rate in the win, operating as the central cog in Edmonton’s midfield.

FCE had to improvise a little as well, with midfielder James Marcelin called into action at centre-back when Amer Didic went down to injury in the 30th minute. Towering striker Easton Ongaro was deputized on the wing in this one when Son went down under a harsh  challenge from Forge’s Bertrand Owundi.

“To have players come in against a real quality side — I can’t understate how good Forge can be on the ball — but James Marcelin steps in at the back for his first minutes there this year,” FCE coach Jeff Paulus said.

“Easton Ongaro, who’s a striker, but his work rate’s so good, he steps in and plays as a right outside mid. And they just stuck to the way we wanted to play, both of them. James was immense back there today. He controlled the back line.”

Watch the broadcast of this game by visiting OneSoccer’s YouTube channel.