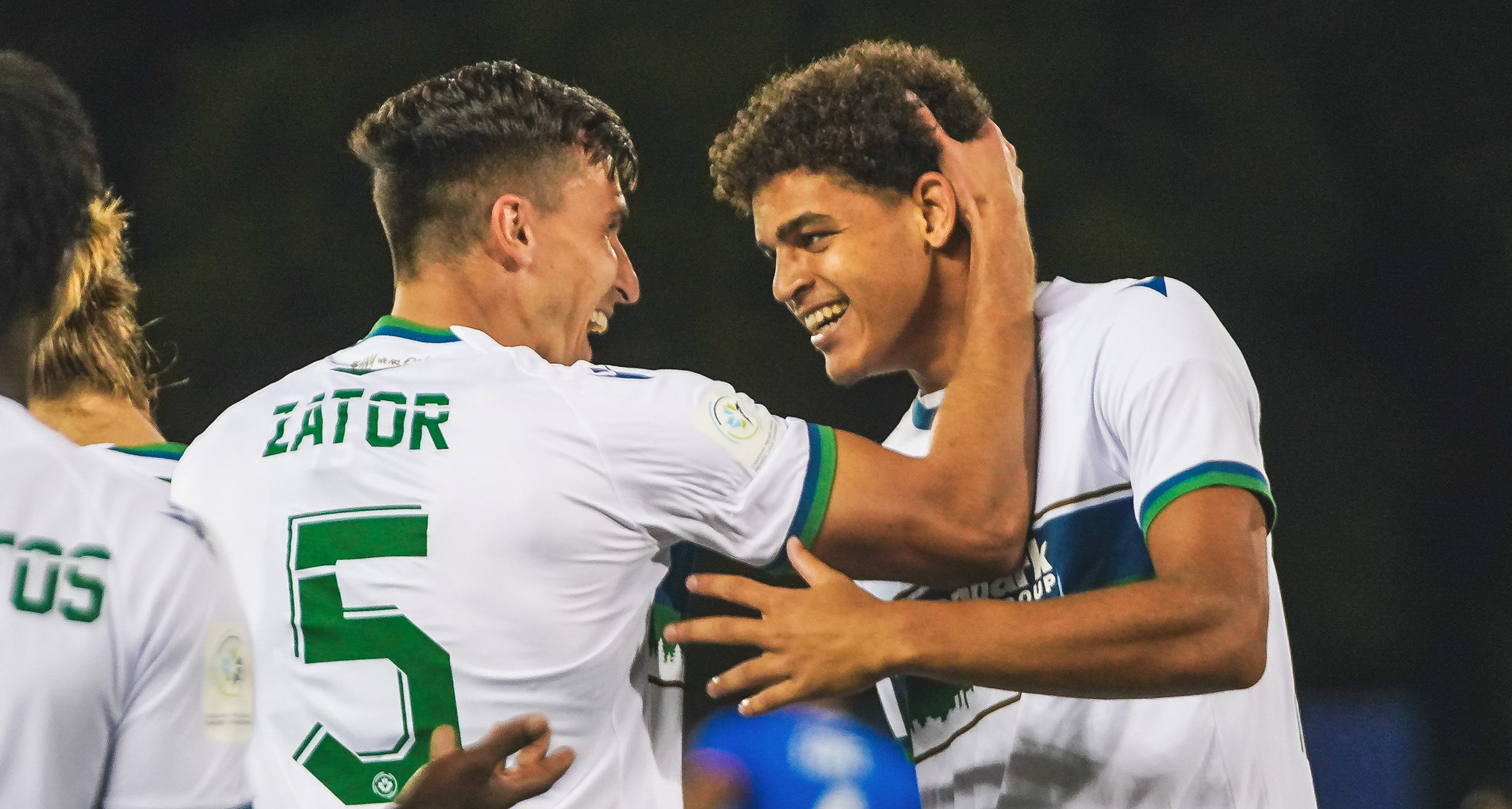 The De Rosario name is no stranger to the record books. During a long and storied career in Major League Soccer and with the Canadian men’s national team, Dwayne De Rosario’s name was written beside countless records and accolades.

That includes winning MLS Cup in 2001, the year his eldest son Osaze was born. Fast-forward 21 years, and Osaze De Rosario has joined the family business, both in becoming a professional soccer player himself and now writing his own name in the record books as well.

Earlier this month, for example, Osaze became the all-time leading goalscorer in York United history with his 12th goal in all competitions for the Nine Stripes. It has all come as part of an impressive debut season in the Canadian Premier League, where De Rosario has proven he is not only among the best young and upcoming players in the league, but among the best and most consistent players, period.

He has done it all in the Toronto area, where the De Rosario name carries quite the legacy.

“It’s a very good setting for me,” Osaze told CanPL.ca. “A lot of people know me and my family here, so it’s always good when you have support outside of yourself. My father, he has a lot of support. I’m very glad that there is a team in York, so I’m very happy, to be honest, to get to play here.”

Here are some highlights from his fantastic 2022 season thus far ⬇️#CanPL I @onesoccer pic.twitter.com/dvBJs1So16

One of those people who know the De Rosario family well is York United head coach Martin Nash. During their time with the Canadian men’s national team, Nash and Osaze’s father Dwayne won the 2000 Concacaf Gold Cup together.

De Rosario says that common ground helped coach and player to connect quickly, and their relationship has been incredibly fruitful this season.

“He’s always giving me pointers,” said De Rosario. “What he thinks, because he’s also a player of the game, and he has his own knowledge of the game. It’s very good to have one of those as your coach, and I enjoy working with him.”

Those feelings appear to be mutual, as after De Rosario broke the aforementioned club goal record in a match against FC Edmonton earlier this month, Nash had plenty of glowing praise for his striker to share with the media.

“I think he has a great mentality,” he said. “He’s open to instruction, he works hard. He still has some things to improve in his game, but he’s a great finisher, he gets in great areas. He’s one of those finishers that doesn’t need a big backlift, they’ve got power in just a side foot stroke, or if he needs to smash it he can. He’s got all the tools to be a top striker in my opinion. He still has some things in the run of play to get better at, but he’s been really good all season, he’s worked really hard for us.”

That work has paid off in a big way, as De Rosario is among the league leaders in several offensive categories. He is tied with departed Pacific FC striker Alejandro Diaz for most open play goals scored in the CPL this season (10), and only Diaz has more expected goals and big chances than De Rosario’s 8.11 and 16 respectively.

As Nash mentioned, he can also score in a variety of different ways. Only Ali Musse of Cavalry and Sean Rea of Valour have as many open play goals from outside the box as De Rosario, a weapon in his arsenal he announced to the league with his first ever CPL goal back in April.

👀 Dwayne De Rosario made a career out of scoring goals from outside the box. His son Osaze just scored his first #CanPL goal for @yorkutdfc 👏🏼 pic.twitter.com/yUEj2moYgw

What is also remarkable, especially for a young player, is how consistent he has been especially when the team around him has been anything but, both in terms of personnel and results. De Rosario has scored in every month this season, with the exception of May during which York only scored once as a club. In fact, they went over a month between mid-May and June without scoring a goal, a run that was ended — surprise, surprise — by De Rosario.

“It has been a tough year with the injuries and all that of course, we have signed [something] like 42 players to our team so it’s always crazy when those things happen,” said De Rosario. “But respect to all the players who kept it real, and stayed on the pitch and kept working to keep this team moving.”

He says a big part of learning to be consistent comes from all the work he has done to master his craft in front of goal. De Rosario also mentions how helpful it is to have a father who is constantly watching and offering advice on what to adjust and work on in order to become a more consistent performer. As for what he feels his biggest area of growth is right now?

“There’s a lot of opportunities that I get, and I want to be able to just be more clinical and have more venom in my attack, earlier in the game of course, because I have scored a lot of second-half goals,” said De Rosario. “So I want to get early goals in more, that’s what I want to achieve every game coming in. Speed, strength, of course, but it’s all coming.”

Now the focus turns to how he can perform in the final three matches of the season. If he can, more entries in the league’s record book could well await.

De Rosario has his sights set on the CPL Golden Boot, where he currently trails Diaz by two goals. He is also only three behind the all-time CPL record for goals in a season (14), set by HFX Wanderers striker Joao Morelli last season. He believes the CPL’s U-21 Canadian Player of the Year and even the league’s Player of the Year award could be within reach.

“I wanna take the last few games and give it all I’ve got,” he says. “Give it all I can to win the Golden Boot, and do everything I can to bring my team into the playoffs and finish off real strong. Because that is what is needed with a good year, you need to finish off strong.”