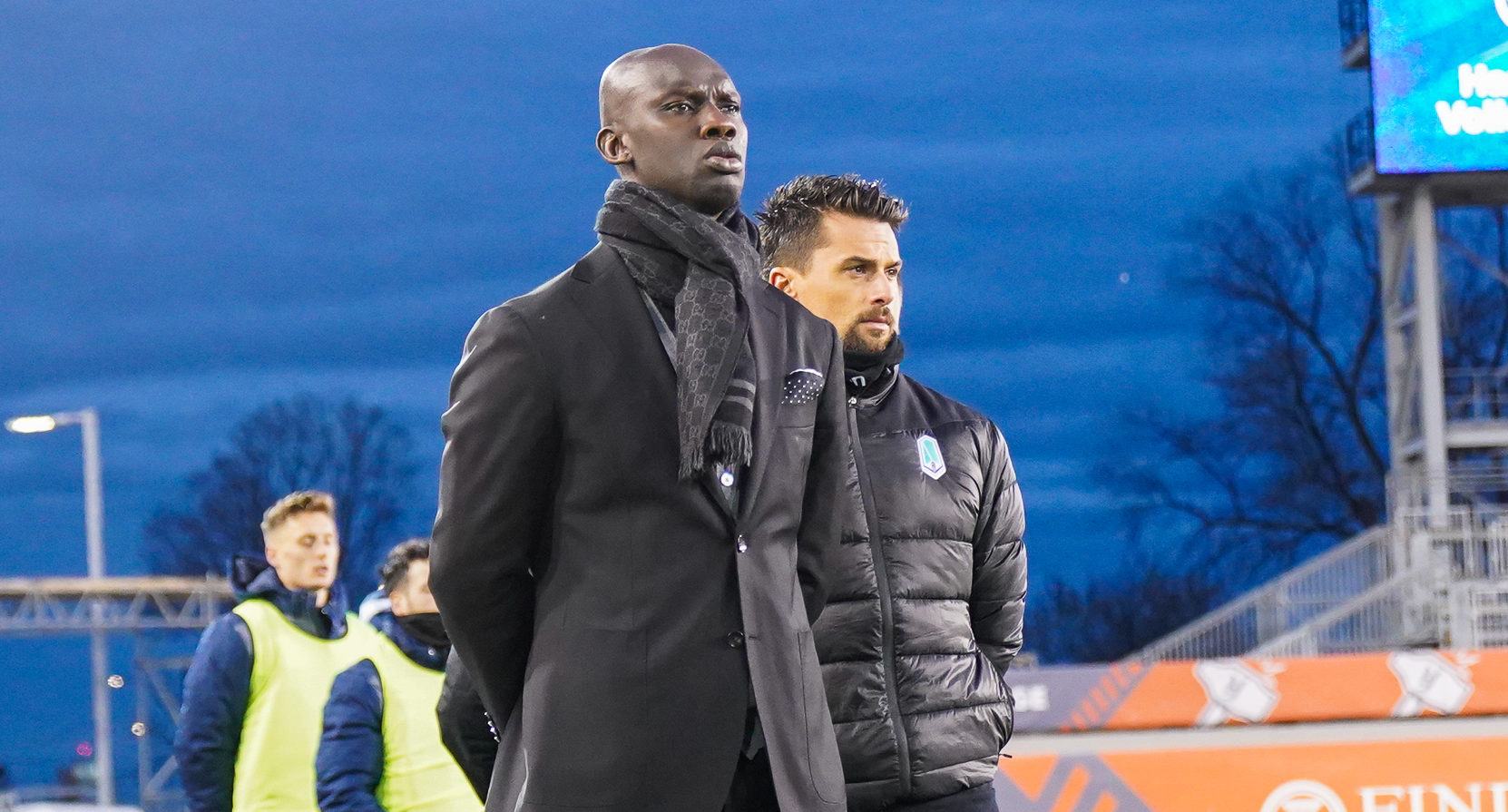 Pacific FC announced on Friday that head coach Pa-Modou Kah has departed the club, with longtime assistant James Merriman to take over the reins on Vancouver Island.

Kah will be heading south of the border to join the organization of MLS club FC Dallas as coach of their MLS Next Pro side, North Texas SC. He leaves Pacific after two years with the club, having led them to a top-four finish in both seasons and delivering a Canadian Premier League championship in December 2021. Since his tenure began in January 2020, Pacific have won 21 games, drawn eight, and lost 14, across all competitions.

The 2021 season was particularly successful for Pacific under Kah, who was named the CPL’s Coach of the Year after his side finished third in the league table with a 13-6-9 record and then went on to win the North Star Shield by defeating Cavalry FC in the CPL Semi-Final and then Forge FC in the Final — both matches away from home. The Tridents also enjoyed a memorable run in the Canadian Championship, beating MLS side Vancouver Whitecaps FC at Starlight Stadium and Cavalry FC in Calgary, before going toe-to-toe with Toronto FC and falling in a close-fought semi-final.

“I’m very proud of what we accomplished this season with the championship,” Kah said in a statement. “We went through a lot as a team so I want to thank the players, the staff and the ownership. In my two years here we accomplished a lot so I will always remember my time here well.”

Kah, a former Norwegian international as a player, took his first head coaching gig at Pacific after several years as an assistant and academy coach at both the Whitecaps and FC Cincinnati in MLS.

“We all know that what Pa has done over the last two years has been nothing but phenomenal and we thank him for the passion and the commitment he’s brought to this organization,” said Pacific CEO Rob Friend. “Obviously he brought us the championship last year and I think we knew as an organization that Pa wasn’t going to be around for long.

“He’s arguably one of the top coaches in North America and we didn’t want to stand in his way. We wanted to provide the opportunity for Pa to join a big organization like FC Dallas who just recently sold a player for $20 million. I think he’s excited about that opportunity to grow as a coach and an individual. We want to provide that opportunity, not only to our players but our staff.

“It’s a win-win for all and the club’s happy with the deal that we’ve put in place with FC Dallas. We can’t thank Pa enough for what he’s done for this club and the commitment and passion that he’s brought. We’re excited to see his journey as well.”

Taking over now is Merriman, who becomes the third head coach in Pacific’s history. He is no stranger to the club, having been part of the coaching staff since the very beginning — being named an assistant under then-gaffer Michael Silberbauer in August 2018. Merriman is a Vancouver Island native with plenty of coaching experience locally, having worked at Vancouver Island University as well as the Vancouver Island Wave youth program.

Merriman has previously commanded the touchline for Pacific twice, taking over for one match at the end of 2019 following Silberbauer’s departure, and then again in early 2021 with Kah out suspended. Pacific won both games under Merriman’s guidance.

“James has been with this organization since day one,” Friend said. “He’s been instrumental in building the ‘trust the kids’ squad and that core that brought us a championship. He really helped build the DNA of the club.”

Merriman added: “I’m excited to build off what we did last year and what we built over the last three years, and take it into the next season. I definitely didn’t think I’d ever have the chance to coach a professional team on Vancouver Island but that’s what the Canadian Premier League is doing, creating opportunities like this. It’s obviously very special to be able to live my dream of being a head coach for a professional team, especially on Vancouver Island. I’m very grateful for the opportunity.”

The new Pacific coach now begins the task of assembling a 2022 roster for the club to try and defend their championship, as well as compete in the Concacaf League for the first time in club history. Three players, including captain Jamar Dixon, goalkeeper Callum Irving, and defender Thomas Meilleur-Giguère, have already been announced as officially returning, with a number of other re-signings and new additions set to come in the next few weeks.