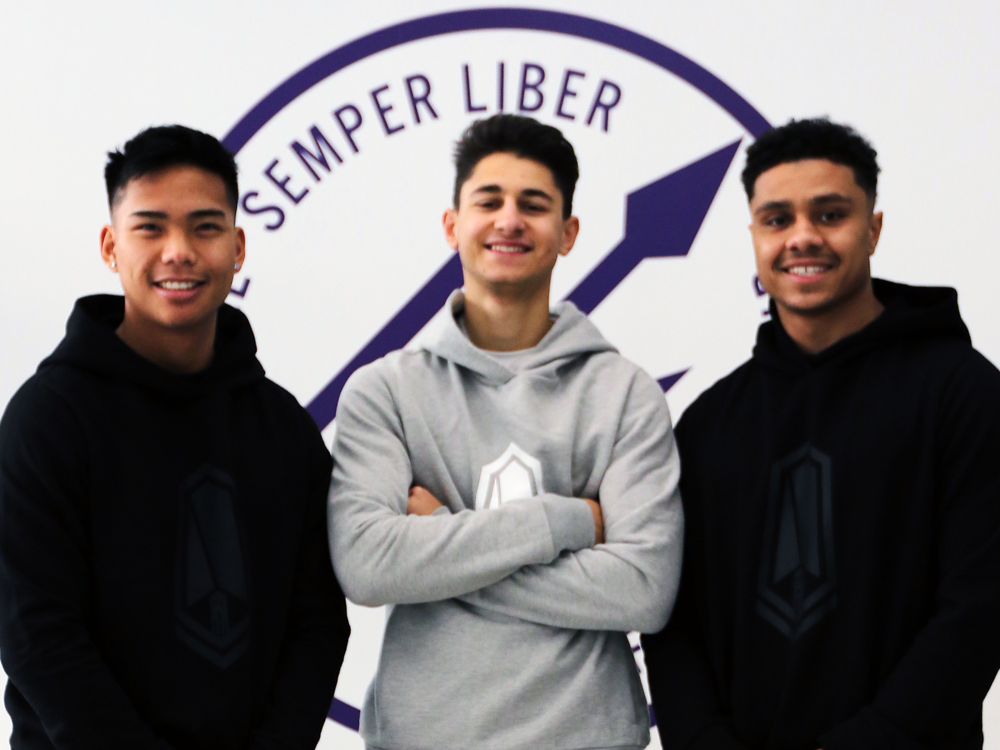 “These three are solid young players in their age group and we are glad to have them join us to continue their careers back in Canada,” said Pacific FC head coach Michael Silberbauer. “They bring energy and excitement to our growing team.”

Hojabrpour, 19, returns to Canada from Bulgaria’s Lokomotiv Plovdiv, where the attacking midfielder has been playing with the club’s under-19 squad since 2017.

Raised in Vancouver, Hojabrpour debuted with Canada’s under-15 national team in 2014 before scoring his team’s only goal against Cuba in an under-17 CONCACAF Championship match in Panama City in 2017.

Baldisimo, a midfielder who was raised in Burnaby, captained Canada’s under-17 national team in 2015 at the CONCACAF U17 Championship in Honduras.

Also from Burnaby, Campbell first played internationally for Canada as a striker at the 2013 Copa Mexico de Naciones.

All three were part of the Vancouver Whitecaps’ youth residency program and were members of the MLS side’s reserve squad.

“We are fortunate to be in a position to be bringing young players like this back to B.C., where they can become the future stars of the game on Canadian soil,” said Pacific FC CEO Rob Friend. “They are hard-workers and will be fun to watch.”

Related Links
Behind the scenes of Marcus Haber’s return to Canada with Pacific FC ‘I saw the bigger picture’: Pacific’s Haber passed up options in Europe for Van Isle move Kadin Chung returns to B.C. hungry to prove himself at Pacific FC
© 2020
Canadian Premier League
Read our privacy policy.