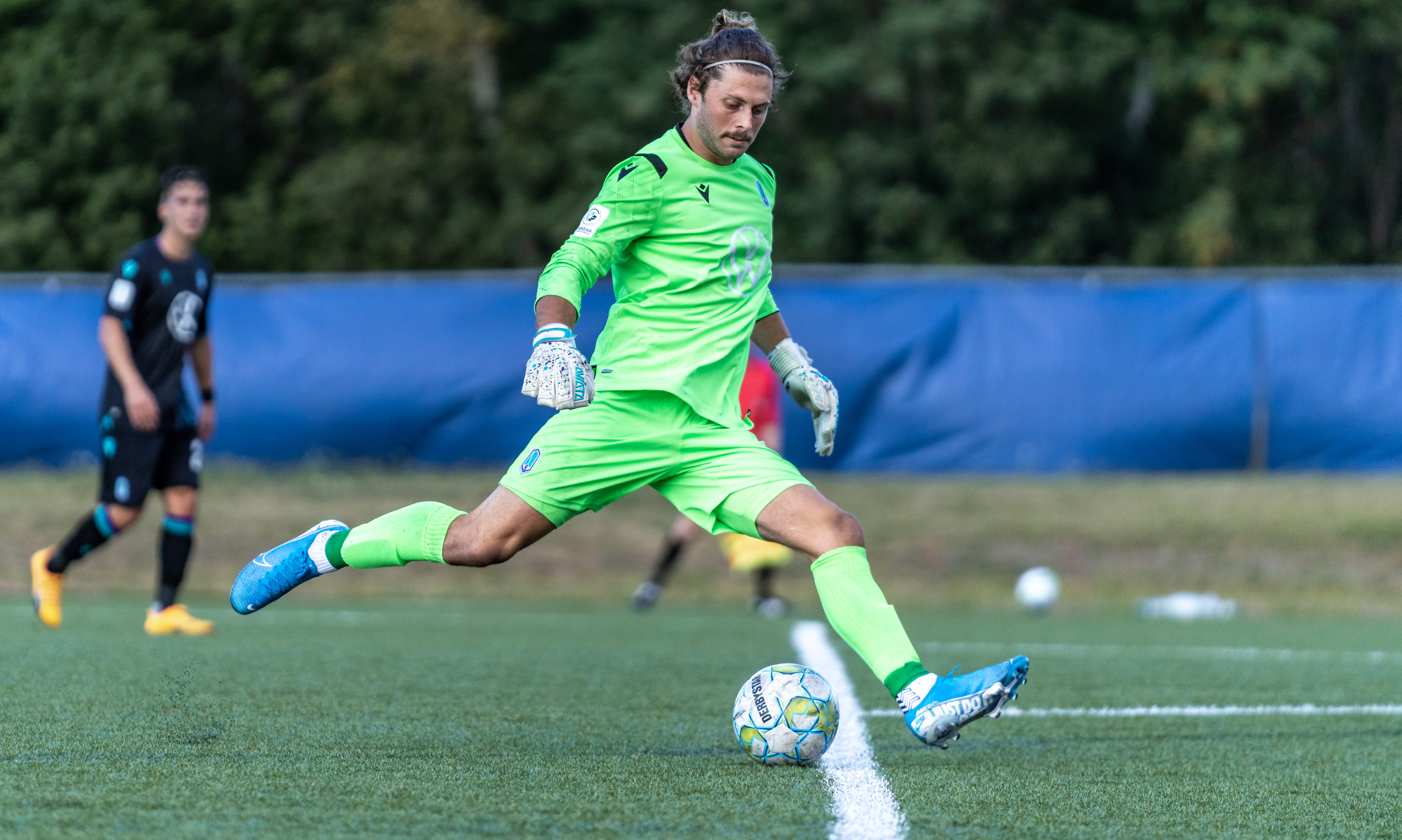 The club announced on Thursday that it will be bringing back another two members of the past year’s squad: midfielder Alessandro Hojabrpour and goalkeeper Nolan Wirth.

Both players were members of Pacific’s inaugural squad in 2019, and will therefore be returning for a third season on Vancouver Island as the club looks to improve on its top-four finish from The Island Games in 2020.

Hojabrpour, a 20-year-old native of Burnaby, B.C., signed with the club last year after a stint in Bulgaria with the academy of Lokomotiv Plovdiv, where he’d been since leaving the Vancouver Whitecaps academy in 2017. The central midfielder has played 34 games for Pacific over two seasons, with 10 appearances coming in 2020 (two of them starts). He previously represented Canada at the 2017 Concacaf U-17 Championship, scoring a goal against Cuba.

“Ale is a young player who is taking all steps into the right direction and he is poised to take on an even bigger role with the team in the coming season,” Pacific coach Pa-Modou Kah said in a media release. “He is an example of a young Canadian player who is able to now play at home and develop in our environment.”

Wirth, meanwhile, was a member of Pacific’s goalkeeping tandem in 2020 alongside Callum Irving, having won the starting job in 2019. The 25-year-old from Comox, B.C. played four times at The Island Games, posting a clean sheet in the Tridents’ 5-0 win over HFX Wanderers FC in their season finale.

Over his entire Pacific career, Wirth has been between the posts 17 times. Like Hojabrpour, Wirth played in the Whitecaps academy at the youth level, going on to play NCAA Division I soccer for Oregon State before stints in the PDL with Calgary Foothills and Victoria Islanders, as well as the USL with Phoenix Rising. He earned three caps for Canada’s U-20 team from 2013 to 2015.

“Nolan is a great representative of our club philosophy to have Island players and he comes to us with great attributes,” Kah said. “I’m looking forward to seeing his growth and maturity blossom next year.”

“I’m excited to work with Nolan for another year,” Pacific’s goalkeeping coach Mark Village added. “He has put in a lot of work up until this point and I’m looking forward to seeing that hard work pay off.”

With this latest group of re-signings, Pacific’s 2021 squad now has 18 players under contract (including goalkeeper Emil Gazdov, on loan in Germany at FC Nürnberg), 17 of which are returning from 2020. Former York9 FC captain Manny Aparicio is the only newcomer so far.

Pacific now only has two players from the 2020 roster whose status has not yet been confirmed: Marco Bustos and Noah Verhoeven.