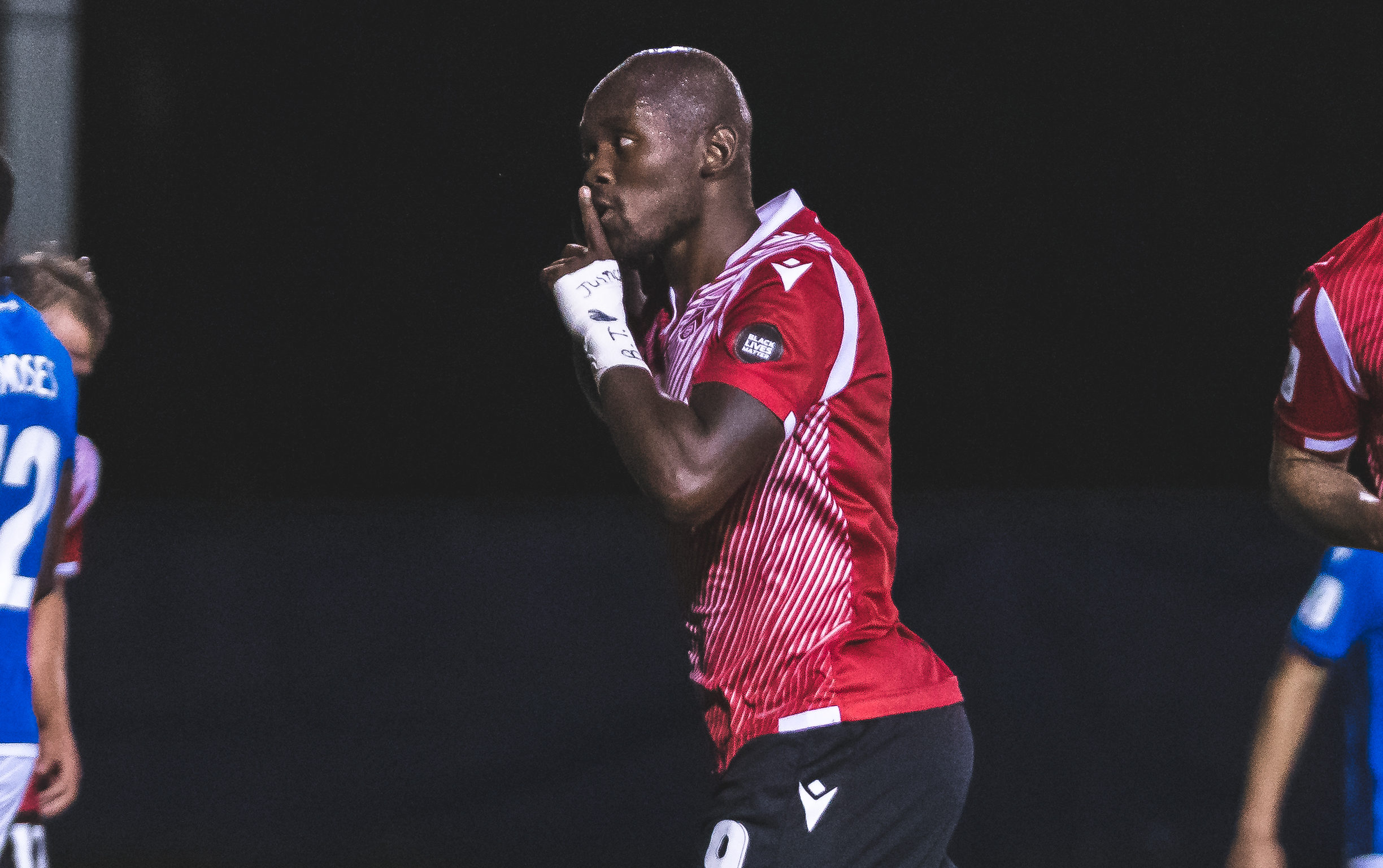 Pacific FC has added Jordan Brown to its front line in a move that sees the British footballer joining the Canadian Premier League (CPL) for the second time in his career.

“I’m over the moon to join this great group that I’ve heard so many good things about and now I get to be a part of it,” said Brown. “It’s been a long time coming being able to put on the purple jersey and I will give everything I can to help execute the game plan the gaffer, staff and ownership group have put together to make these boys so successful on the field.”

Brown previously played for Cavalry FC in the league’s first season in 2019, where he scored the opening goal in the club’s victory over the Vancouver Whitecaps in the Canadian Championship. He comes to Pacific from League1 Ontario side Electric City FC.

“We are excited to bring Jordan to Pacific,” said Stuart Neely, Director of Football, Pacific FC. “Jordan is a class character, leads by example both on and off the field and is a great ambassador of the game. We feel Jordan’s experience overseas and in the CPL will bring a positive energy and work ethic to the roster.”

Brown spent his youth career in Arsenal FC’s academy, and later with West Ham United. He played two seasons with Germany’s Hannover 96 before joining Czech Republic side Znojmo. His next move, to Calgary, had him sharing his Canadian debut with the CPL’s in April 2019. Brown scored seven goals in 33 appearances for head coach Tommy Wheeldon Jr.’s side.

Brown signed a one-year contract with Germany’s Regionalliga side VfR Aalen in October 2020, and later moved on to Fylkir, in Reykjavik, Iceland. He returned to Canada this year to join Electric City FC in League1 Ontario, where he scored 11 goals in 1403 minutes of play.

Standing at six-foot-one, Brown, 25, joins Pacific’s squad at a key time in the club’s season. Pacific meets Costa Rica’s SC Herediano in San Jose tomorrow, in Scotiabank Concacaf League Round of 16 play. In the CPL standings, Pacific sits third in the table, and will host three home matches at Starlight Stadium in September. Brown will be a welcome addition to the reigning champion team during the regular season’s run-in.

“Jordan is a competitive person and enjoys scoring goals, which will compliment what we currently have,” said Neely.