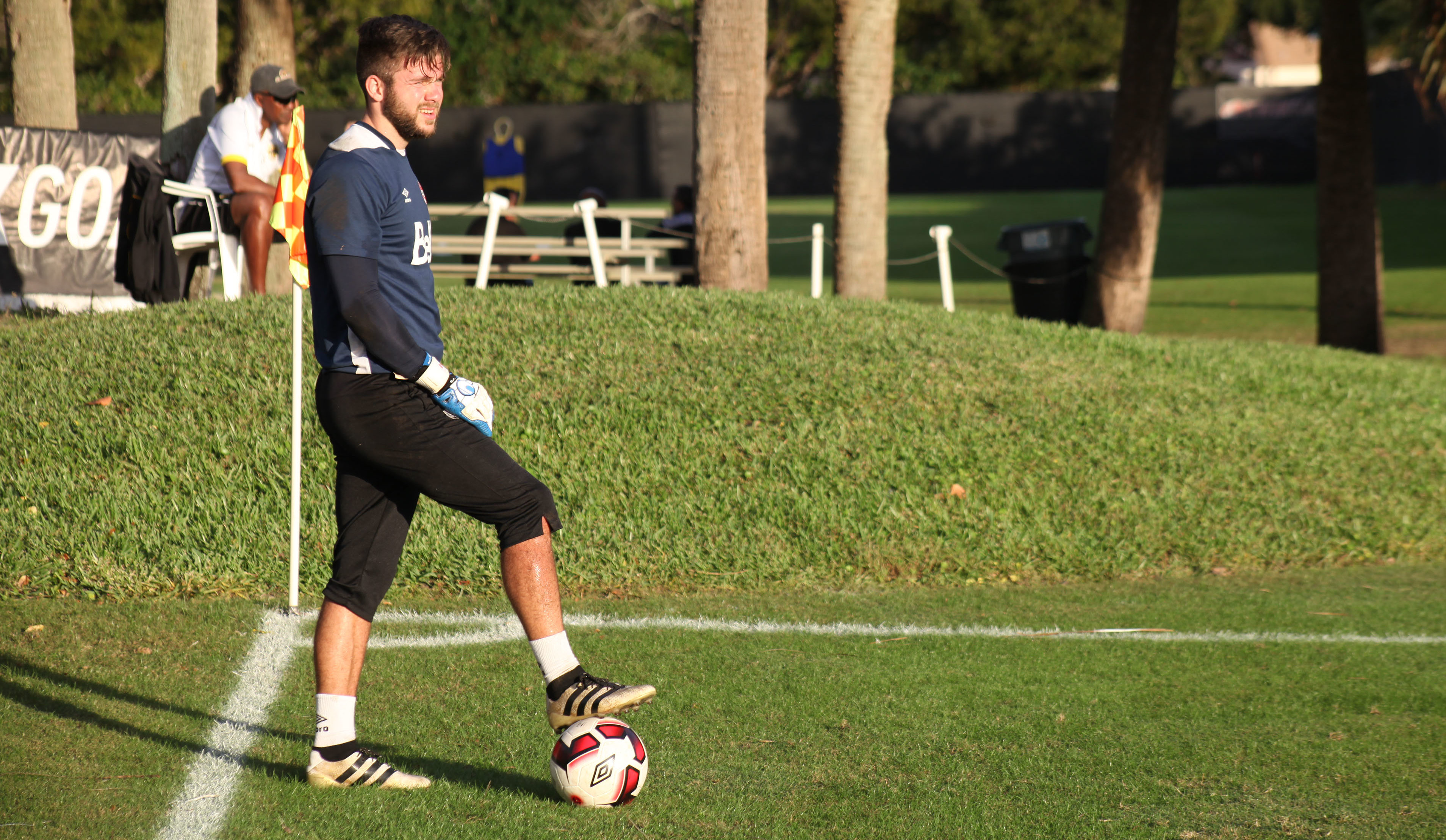 VANCOUVER ISLAND – In hindsight, the cut-off jean shorts should have been the first giveaway.

If one is to comb through Callum Irving’s goalkeeping genesis, it seems the appropriate place to start.

“Whatever I did, I would just kind of dive around as a kid,” Pacific FC’s newest netminder told CanPL.ca. “I would always tear holes in my jeans, so my mom cut all my jeans into jean shorts.”

An alum of the now-defunct Ottawa Fury, Irving’s West Coast arrival is a homecoming of sorts. A Vancouver native, the 26-year-old grew up playing soccer beneath the bigleaf maple trees at Oak Park. His father, Rob, played ‘keeper for nearby Simon Fraser University. (The elder Irving’s fifteen-win season in 1981 briefly held the SFU record for most goalkeeping wins in a season.)

“I think I had it in my blood a little bit,” Irving explained.

And the genes. (Or jeans. You choose.)

Irving’s arrival brings a whiff of competition to the Island. Pacific needed a second ‘keeper after opting not to renew veteran Mark Village’s contract (The 28-year-old Village is back as the club’s goalkeeping coach instead). Comox native Nolan Wirth had been the Tridents’ presumptive starter, after notching more saves (59) in 2019 than any Canadian Premier League ‘keeper not named Nathan Ingham, Connor James, or Marco Carducci.

But Irving comes highly-regarded, too. Capped for the Canadian men’s team, he set a record with the Fury in 2017 by playing every minute of every game. In 32 USL appearances for Ottawa in 2019, Irving had eight clean sheets.

“I think it’s going to be very competitive for him and Nolan,” Pacific’s associate head coach James Merriman told CanPL.ca. “They’re both very good goalkeepers; they’re both going to be fighting for the No. 1 spot.”

Irving, for his part, is quick to praise his post-protecting peer.

“We get along great. (Nolan and I) both have a sense of humour and like to work hard,” he said.

A westward return “was always something in the back of my mind,” Irving revealed.

A product of the Vancouver Whitecaps Academy — Irving began his tenure as a member of the Whitecaps FC U-16 Prospects squad in 2007-08 and played for the U-23 side in 2010 and 2011 — he was already familiar with a number of faces that he would join at Pacific.

“I had met guys like Noah Verhoeven and Terran (Campbell) … (Marco) Bustos as well,” Irving said.

Add to that defender Marcel de Jong, whom Irving met at a number of Canadian national team camps, along with former Fury teammates Thomas Meilleur-Giguère and Jamar Dixon, and the transition was easy.

“When (Thomas and Jamar) found out that I had signed, they were excited that we were going to be playing together again, and obviously I was as well,” Irving said. “It’s nice walking into a locker room where you feel comfortable from day one.”

It has been a long and winding road to ending up back on the West Coast for Irving.

In 2016, after an All-American career at the University of Kentucky, he signed a contract with Major League Soccer ahead of the MLS SuperDraft. Many figured Irving would make the jump to the pro ranks. Instead, he went undrafted and signed with the Rio Grande Valley FC Toros of the USL.

“Everybody within the league has their own story on how they got to where they are. For me, I’m somebody that tries to take every situation I’ve been put in and use it as a learning opportunity,” Irving explained.

“I’m grateful for the journey that’s brought me here, and I’m also excited to just take it day by day.”

If the path happens to lead home to British Columbia, all the better.