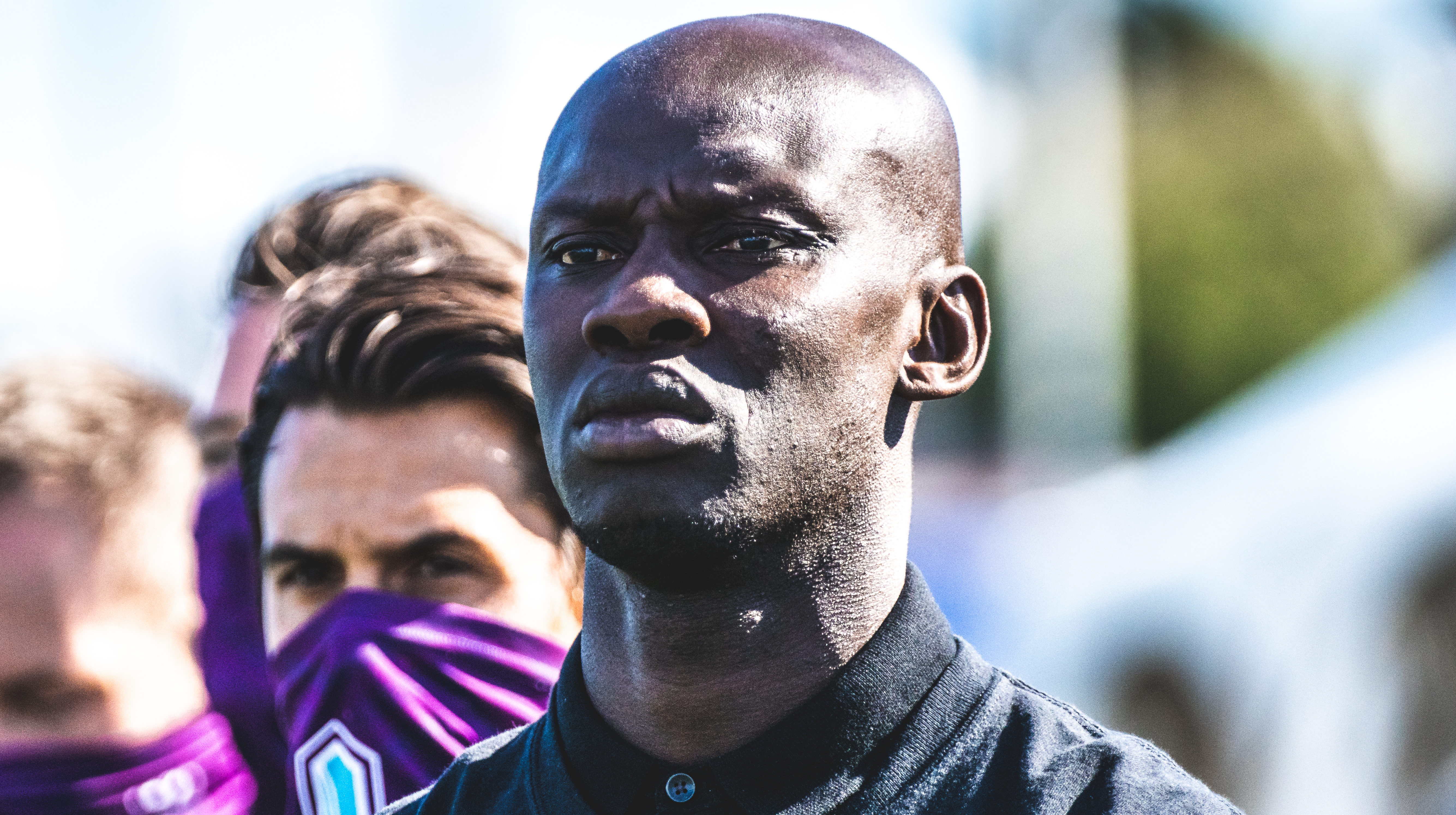 The Pacific FC coach was reserved following the conviction of Derek Chauvin in the death of George Floyd last May – a tragic killing of the Black man that rocked the world and led to worldwide protests in support of Black Lives Matter, the largest social justice movement in modern history.

Kah, who has been a prominent voice in Canadian soccer in the fight against racial injustice, was in conversation with CanPL.ca about pre-season training when the verdict came down.

“We still need the time and resources so that we can battle the real issues that are going around the world. Then we make a change.”

Kah made headlines this Summer following impassioned pleas on OneSoccer and to this very website following the death of Floyd and the shooting of Jacob Blake – both at the hands of police. It culminated in a cross-league protest at the Island Games and a powerful image beamed from PEI – every CPL player standing arm-in-arm around the touchline.

Looking back, the year of protests and an ongoing pandemic have given Kah some hope for social injustice.

“For me, this year brought reflection to people’s lives,” Kah began. “It was the biggest thing that I think, as human beings, learned a little bit about last year. The pandemic brought something out of people, gave people time to think, to see.

“But since then there’s been another death in Minnesota (Daunte Wright was shot by police last week) – what does it take?”

Kah eagerly awaits return to play: ‘We live for games’

Kah, like all CPL coaches and players, is holding on for a 2021 season. For now, though, the club is confined to training on Vancouver Island. A scrimmage with MLS side Vancouver Whitecaps last month was the only 11-on-11 time they’ve had since September of last year.

While the Pacific gaffer is quick to credit his “fantastic” players who have “rolled with the punches” that come with a perpetual off-season, there’s still an element of frustration in his voice as his players go over 200 days without a competitive match.

“We live for the games – it’s the only thing we can do to make our players better,” Kah began. “We play 10 matches at the Island Games and you want people to look at our players? Yes, we can blame COVID but COVID isn’t going away.”

In 2020, Pacific made the Island Games second round but failed at the final hurdle following defeats to Forge FC and Cavalry FC. Marco Bustos, the club’s talismanic winger, scored five goals in that run, making the best of the lack of playing time.

“A player like Marco Bustos is a perfect example,” Kah said of the player of the year nominee. “He needs more minutes so people can actually see what he can do with over 28 games, or even more.”

“We want to be a development and selling league. How are we going to sell or develop without games? What do we want this club to have: two games in two years? Alright, it’s pandemic, the league is unfortunate. But we cannot make excuses.”

On the bright side, Kah added the club has brought on a handful of youth products from the club’s VanIsle Wave program, powered by Pacific FC, into its pre-season training camp.

“The youth need to be a priority. And for us, that’s why we want to give opportunities to our island players that are through this program.”