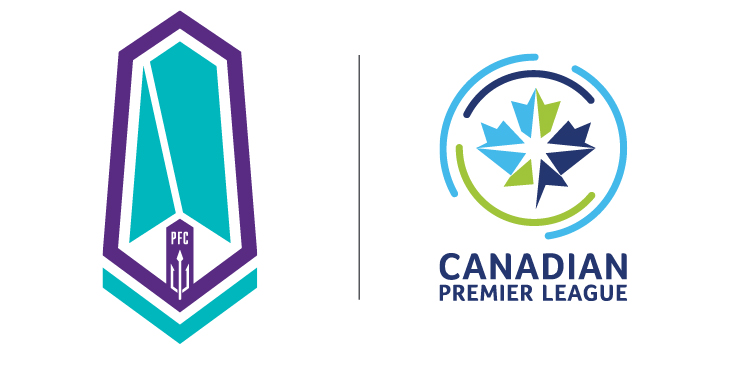 Victoria, BC (July 20, 2018) – The Canadian Premier League (CPL) introduced Pacific FC as one of its founding clubs – slated to hit the pitch when Canada’s highly-anticipated professional men’s soccer league debuts in Spring 2019. The official announcement was made today at Vancouver Island’s historic E & N Roundhouse in front of hundreds of local supporters and business leaders

Pacific FC is inspired by the power and energy of Vancouver Island’s ocean surroundings. Like the ocean, the club intends to sculpt a new and exciting landscape, this time for the beautiful game in one of the world’s most beautiful places.

“This is an incredibly exciting time for soccer in Canada and more importantly for soccer on Vancouver Island,” said Pacific FC President Josh Simpson. “I left my home in Victoria 20 years ago because there were no opportunities for young soccer players in the region. I am thrilled to say that changes today. Pacific FC is creating a winning culture and a pathway for players leading to a national stage. Pacific FC will proudly represent the power, energy, strength and beauty of the Pacific Northwest as we look to inspire a new generation of football heroes.”

“We are incredibly excited to welcome Pacific FC into the Canadian Premier League – truly making the CPL a coast-to coast league for Canadians,” said David Clanachan, Canadian Premier League Commissioner. “Pacific FC already has an iconic name reflective of the region and we can’t wait to see the club and its supporters sculpt a new and exciting sports landscape for the beautiful game in one of the world’s most beautiful areas.”

Pacific FC will play out of a redesigned Westhills Stadium in Langford, BC. The venue will feature steep intimate seating for 6,500 spectators, a world-class grass pitch along with top-tier training facilities.

Pacific FC is now taking membership deposits for priority access to preferred seating for home games. A $50 deposit reserves a spot in line for up to eight seats. Visit PacificFootball.Club for more information.

Native to Vancouver Island, the Douglas Fir tree is seen throughout the region including the area surrounding Westhills Stadium. These ancient trees are a symbol of strength and survival with their massive trunks and towering heights dating back hundreds of years.

The shape of the Douglas Fir is split into segments, with the right side of tree forming an abstract shape of the isle.

At the bottom of the crest is the trident, traditionally used for spear fishing and a mythological symbol for having control of the ocean.

The tree is bordered by the ocean with a single chevron representing the ocean wave and Victoria, Victory and Vancouver Island.

Pacific FC’s brand identity was developed by the CPL’s internal creative team. The league’s group of sports cultural experts met with hundreds of supporters, players, volunteers, politicians and business leaders – all of whom share a passion for building a soccer culture on Vancouver Island around a professional club of their own.