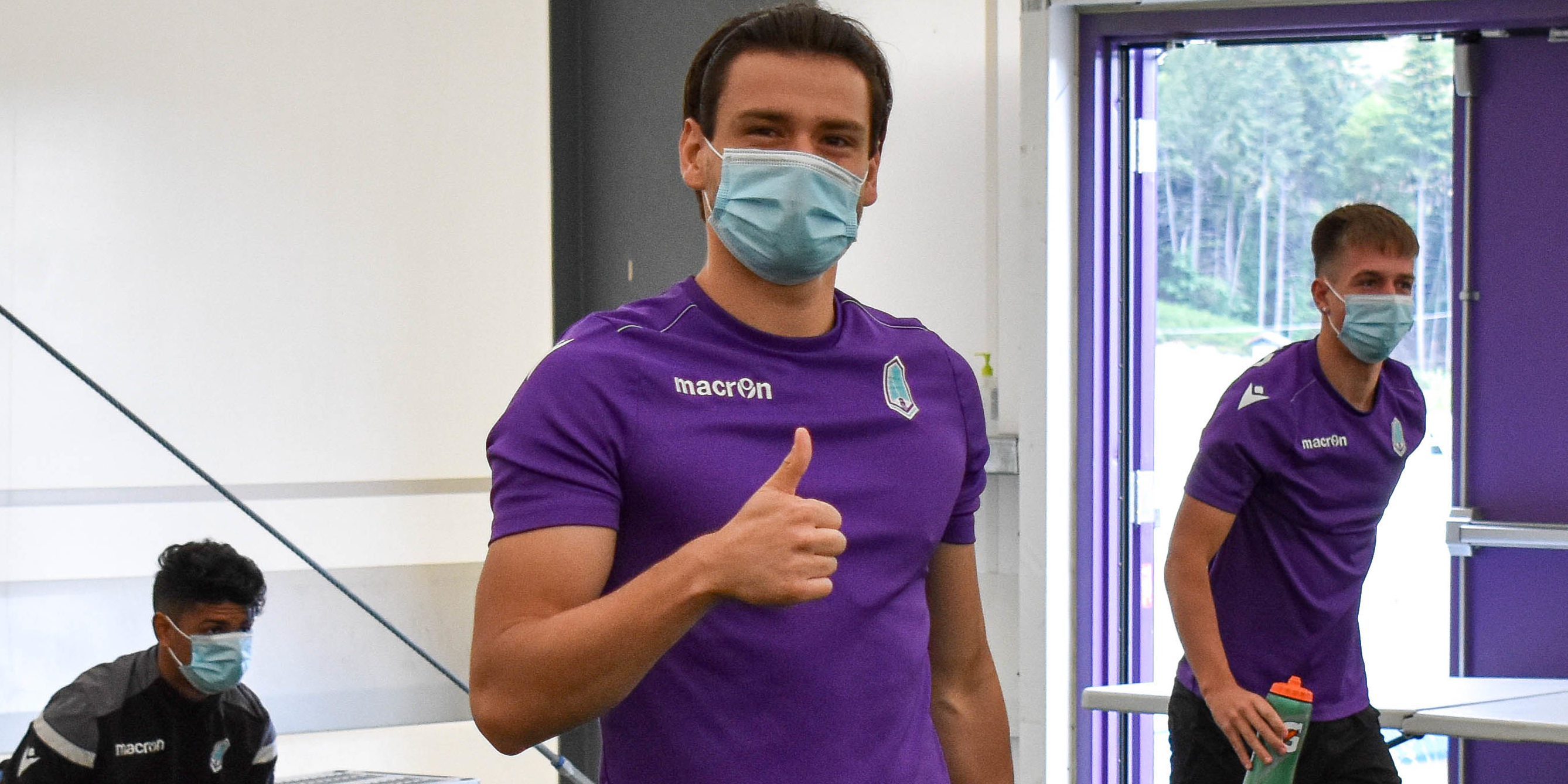 Although his career to date has kept him mostly in his native Mexico, Alejandro Díaz has had quite a few brushes with Canadian soccer prior to signing with Pacific FC this off-season.

Playing for Mexico’s youth international teams, Díaz came face-to-face with Canada at several Concacaf age-level competitions. He met Pacific teammate Marco Bustos (plus a few of his soon-to-be CPL foes) at the 2013 Concacaf U-17 championship in Panama, as well as the 2015 U-20 tournament in Jamaica.

The 24-year-old — impressively experienced at his age — next crossed paths with Canadians at the club level. His Club América side took on the Montreal Impact in the 2015 Concacaf Champions League final, and although Díaz didn’t play that time, it set him up well for his next trip to Canada: the 2018 Champions League semifinals against Toronto FC.

Díaz was a bigger part of the América squad by then, having done the rounds out on loan to Necaxa. He was on the bench for a frosty (well, a rainy two degrees Celsius) first leg at BMO Field, participating in what both he and this writer agreed was the shortest pre-game warmup they’d ever seen.

“We knew that Canadian soccer is really hard,” Díaz recounted to CanPL.ca. “We had been looking at Toronto, Vancouver, Montreal games, and they were all really good games, really tough.”

The now-Pacific FC striker added that his brief taste of Canada was certainly on his mind when negotiating to join Pacific.

“The city of Toronto, I’d never been there so it was amazing,” he said. “Canada, I think it’s one of the best countries to be in. That also helped me a lot to come here, living in Canada. The life here is amazing.”

In leg two of the Champions League semifinals at Estadio Azteca vs. TFC, América coach Miguel Herrera saw his side down three goals at halftime, so he called on Díaz to join the charge. The young forward threw all he could at the visiting Canadians, earning four shots in 45 minutes, but it was not to be for the Mexican side.

It’s a small world indeed, now that a combatant from the enemy side of one of the greatest triumphs in Canadian soccer history is playing in the country.

At the time of that last encounter with TFC, Díaz was aware of a professional league just starting to form. No clubs had been announced at that point, but the rumours were strong enough to reach him. He’s kept tabs on the CPL ever since, with a close eye on the 2019 season.

“When I realized that the league was starting in Canada I started looking at it, I saw all the games and all the videos and the highlights about the last tournament here in the CPL,” he said. “I started watching all the games and I started liking it, so when this opportunity came I never doubted it.”

His interest became concrete this past off-season, having finished a loan spell at Zacatepec (funnily enough, the club Marco Bustos had played for the year before). Díaz began speaking to Oliver Gage of the CPL’s soccer operations department. From there, he chatted with Pacific FC CEO Rob Friend, who sold him on the B.C. side’s young roster and club culture.

“We were going to be a really good young team, and I really liked that,” he said. “I wanted to take a chance outside Mexico. That was a dream of mine, to go out from Mexico and start a career.”

Like many of the CPL’s young international signings, Díaz has made a brave jump to Pacific, as he is now no longer the small fish in a massive pond that he was at Club América. That might be a good thing; certainly, it’s hard for a forward to develop without playing (and scoring goals) on a consistent basis.

Still, Díaz is grateful for the experience at such a big outfit.

“Playing in the first team of América is really great, because it’s the biggest team in Mexico,” he said. “There’s a lot of pressure on you, all the people are watching you. That really helps you in your courage and your attitude, you have to be playing good all the time. You’re in the eyes of everyone.”

Díaz had been in the club’s system since he was about 14, having joined the academy as a youngster — despite growing up a fan of América’s bitter rival, Chivas Guadalajara, because of his grandfather.

“When I started playing in América, instantly I changed my mind,” Díaz asid. “I was one hundred per cent América.”

It certainly helps a young player to develop in a culture of winning, which Club América tends to do. Díaz won two Concacaf Champions Leagues, as well as a Liga MX Apertura title in 2014. Las Águilas are Mexico’s most successful club, and the young forward likes to think he’ll carry that mindset with him to Pacific.

Now that the Tridents have returned to small-group training, Díaz is keen to help build Pacific into a winner. He told CanPL.ca that he’s excited to compete with Terran Campbell for minutes, suggesting that coach Pa Modou-Kah might have a few ideas in mind for how best to deploy the two of them.

Full-team tactical sessions will have to wait, but Díaz is nonetheless trying to set an example. He added that he’s grateful for the weather improving in the Spring months, having struggled with the cold when he arrived in Victoria.

“Every training, I’m training like it’ll be the last training session,” he said. “When the gameday comes, it’ll be really nice to have some minutes to show my football, to show what I’ve been working to. I think it will be great.”