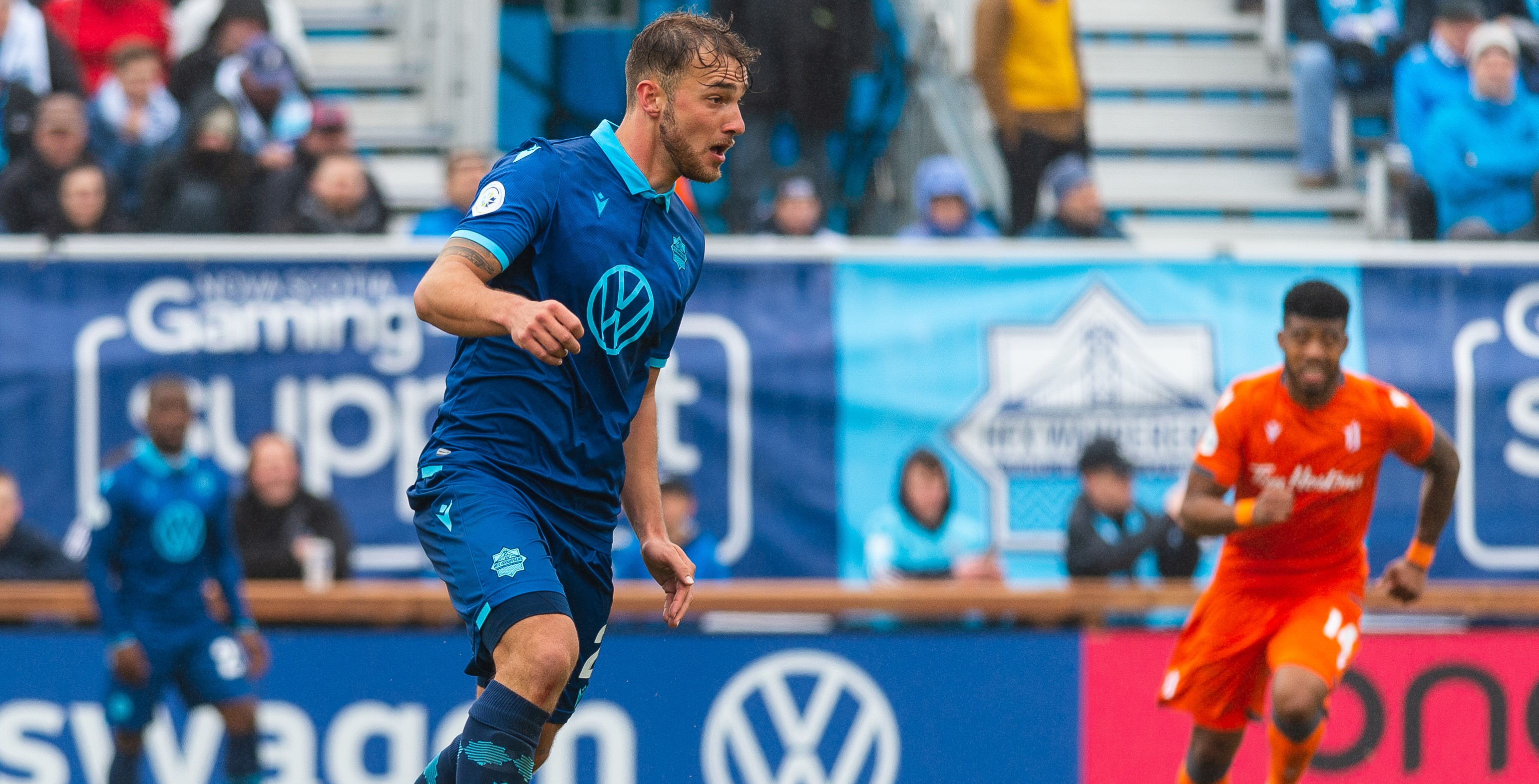 Schaale, who is returning to Halifax after finishing his fourth year at Cape Breton, was impressed with the club’s pre-season set-up before training was halted due to COVID-19 concerns.

When asked about staying in Canada, Schaale revealed he plans to seek permanent residency in the Fall, with the goal of getting Canadian citizenship. As for playing for Canada’s national team, Schaale said “he would never say no” if it came up.

“It would be great to get nationalized and get citizenship. I would never say no to Canada if the opportunity came around. Canada is my second home.”

Bent, who was drafted first overall by the Wanderers last season, recounted his whirlwind draft weekend, which saw the Capers play the U SPORTS National Championship in Montreal.

“It was the weekend of nationals so you just don’t get time to think about it,” Bent said. “We talked about it throughout the season, but it wasn’t until the day. A lot of our team has been drafted, including Peter, so that’s helped.”

Now roommates, the pair were asked a series of questions about their time at Cape Breton – which included some broken tables, a cheeky goal, and Bent’s fear of water.