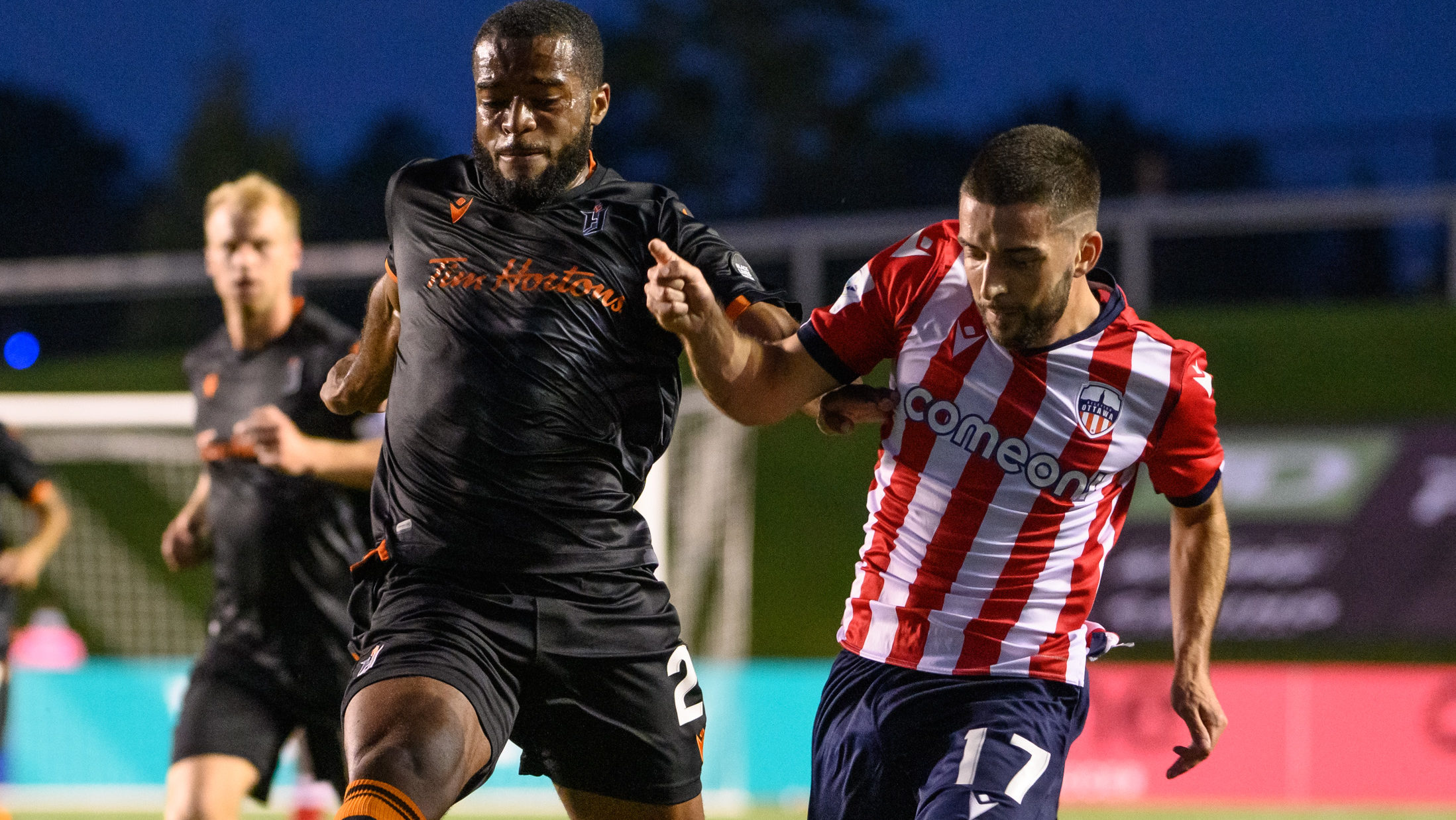 After advancing to the next round of the Concacaf League in midweek, Forge FC turn their attention back to the CPL, and head to TD Place to face Atlético Ottawa in the ComeOn! Match of the Week.

Three of Forge’s last four matches have been in cup competitions — two Concacaf League legs and a Canadian Championship quarter-final win over Valour FC — with their last CPL match a 2-1 win over Pacific FC on September 25.Mo Babouli scored the opening goal six minutes into that match, before Tridents attacker Alejandro Diaz tied it up just before halftime. Coming off the bench for his long-awaited Forge debut, Omar Browne gave his new side all three points with an 80th minute winner.

That same night, Atlético Ottawa pulled off a 3-1 win over Cavalry FC, but fell 2-1 to HFX Wanderers in their most recent match on Wednesday. Ottawa have given up a lot penalties this season, and it was a shot from 12 yards out that again saw them fall into a hole. Golden Boot favourite Joao Morelli stepped up and buried a goal to make it 1-0 in first half stoppage time, before scoring a second goal in the 54th minute. Ryan Telfer scored for Ottawa later in the second half, but they weren’t able to complete the comeback.

With FC Edmonton drawing with Valour on Saturday, Atlético Ottawa are still just two points back of The Eddies, and can jump over them with a win.

This fixture hasn’t been all too kind to them, however, with Forge winning all four previous meetings — three of which have come in 2021 — and Ottawa failing to score on all four occasions.

Two of their three matches this season have come at Tim Hortons Field in Hamilton. In the first meeting on August 8, two goals at the end of the first half dug a hole that Ottawa were unable to climb out of, especially as Viti Martinez was sent off just before the break. Mo Babouli scored a penalty in the 39th minute, before Garven Metusala added a second for The Hammers four minutes later.

In their second meeting, Ottawa hung on for most of the first half, before another penalty — converted by Daniel Krutzen — put them down a goal at the end of 45 minutes. Woobens Pacius scored a pair of goals early in the second half, before Chris Nanco added a fourth for the home side to round out a comfortable victory.

Their third match — at TD Place, where Ottawa have been so good at home — was much closer, with Pacius again scoring against Ottleti, winning the game 1-0 with a second-half strike. The young striker has had their number, but with Drew Beckie back in the Atletico defence and in good form, they will see if they can shut him down this time around.

After Sunday’s match, the two sides will meet one last time on October 16th.

“Our feeling about my team is completely different than [what the tables says]. We play well, especially the last 12-13 games… I’ve talked with a lot of the other coaches of the other teams, and players, and they recognize that the team deserve [so much] more.” — Atlético Ottawa head coach Mista

“They’re a very tough team to beat, that’s for sure. I think they show very big resiliency, especially playing at home. They’re a team that keeps things very tight and doesn’t give a lot to the opponents, and a very good team on the counter-attack. A lot of good individual players on that team — if you look at the standings, I don’t think that reflects who they are as a team when you look at the results and how close a lot of games have been for them.” — Forge FC head coach Bobby Smyrniotis