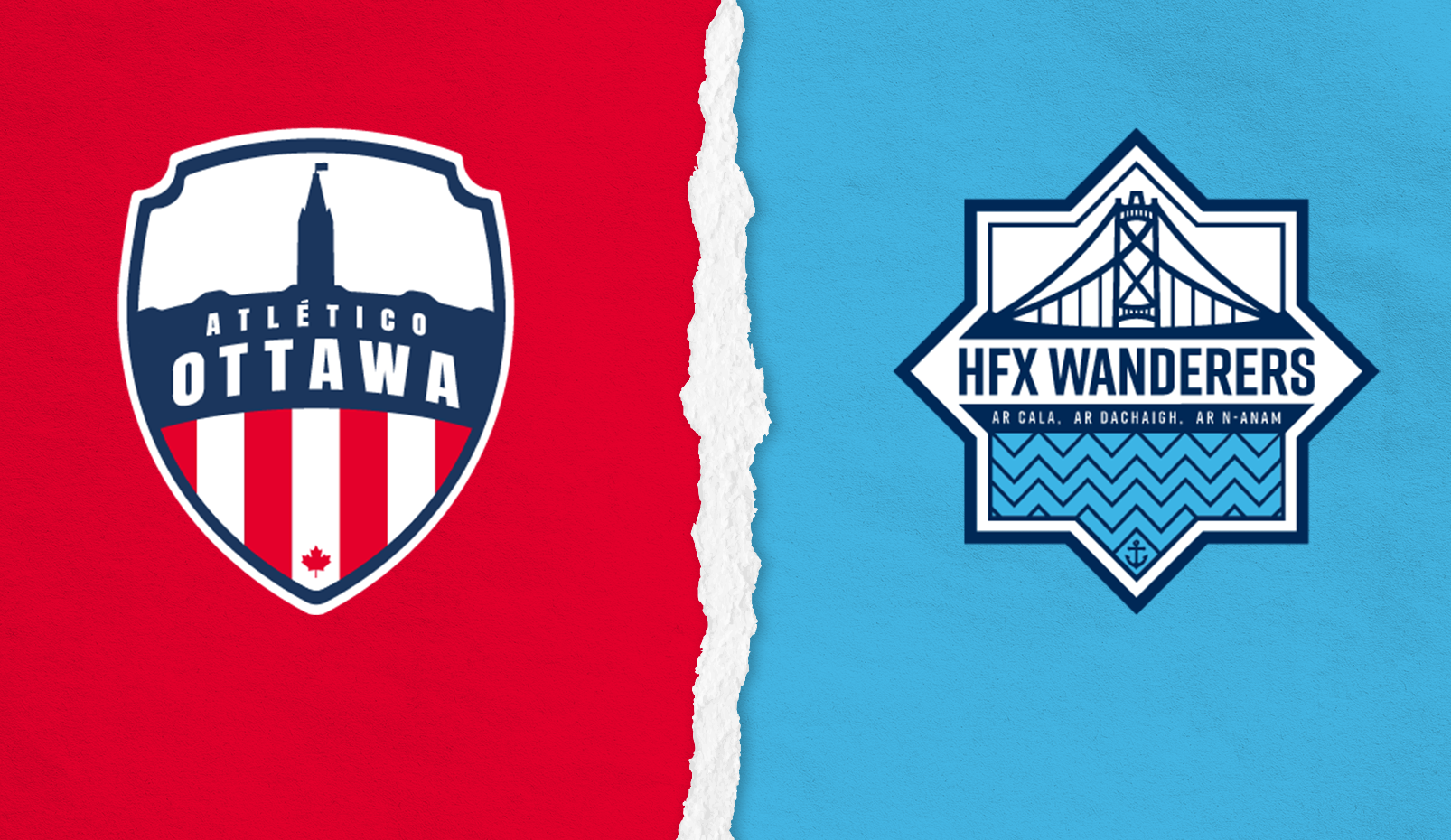 After both coming off 1-0 victories on the opening weekend of the season, Atlético Ottawa and HFX Wanderers will meet in their second matches of the season, on Saturday afternoon at TD Place in Ottawa.

Brian Wright’s late penalty saw the home side win a week ago, with Wright scoring the winning goal in Ottawa’s home opener for the second week in a row. Several new signings made their debuts for the club, including Ollie Bassett and Ballou Tabla among others, while right winger/right back Carl Haworth continues to recover from an injury and again isn’t 100% healthy. He may not play a major role in Saturday’s contest, according to head coach Carlos Gonzalez, and time will tell if he’s able to make the squad entirely for this one.

Drew Beckie was sent off at the end of that match to stepping on David Norman Jr’s foot, and has since received a three-match ban as punishment for it. Gonzalez said on Friday that “the only thing that [he] can change is who’s going to play in his place”, so these next three games will be a chance for others to step into his role and get some meaningful minutes here at the start of the season.

HFX Wanderers, meanwhile, began their season with a 1-0 victory away to York United, also winning on a penalty from star attacker Joao Morelli, who has had a lot of success against Atletico Ottawa in the past. He’ll be looking to continue that good start to the season, as will the right sided duo of Cory Bent and Zachary Fernandez, who terrorized the York backline in match number one.

Halifax and Ottawa became familiar foes a season ago, playing each other six times in 2021. Halifax were the dominant team a year ago, winning three of the six games, with Ottawa winning once and the other two matches ending in draws. They also played each other once in the shortened 2020 season, a game which HFX also won. This is the the first of four meetings between the two sides in 2022.

Saturday’s match is the second in a three-game homestand to start the season for Ottawa, and the second of three road games to begin the season for HFX Wanderers. Next week Ottawa will host Valour, and HFX travel to play Pacific, but Saturday’s battle is very much the priority before then.

“One of the threats of Halifax is how they play on the flanks, and the offensive players that they have — players with high speed that they can break into the space. We have been working on these situations, but the reality is that we have been focusing on our own development. This is the main point that we have to focus on at the moment, on us and Atletico Ottawa, and how we can improve and be better.” — Atlético Ottawa head coach Carlos Gonzalez

“They have very good players in all parts of the park. You have Shaw, who’s a proven goalscorer in the league, Wright who can cause a lot of problems. We know what the team consists of, and we have to stick to our gameplan and how we approach games when we are away from home, and keep our discipline as well. If we do that and take our opportunities that we do get in the game, you can see what happens.” — HFX Wanderers head coach Stephen Hart