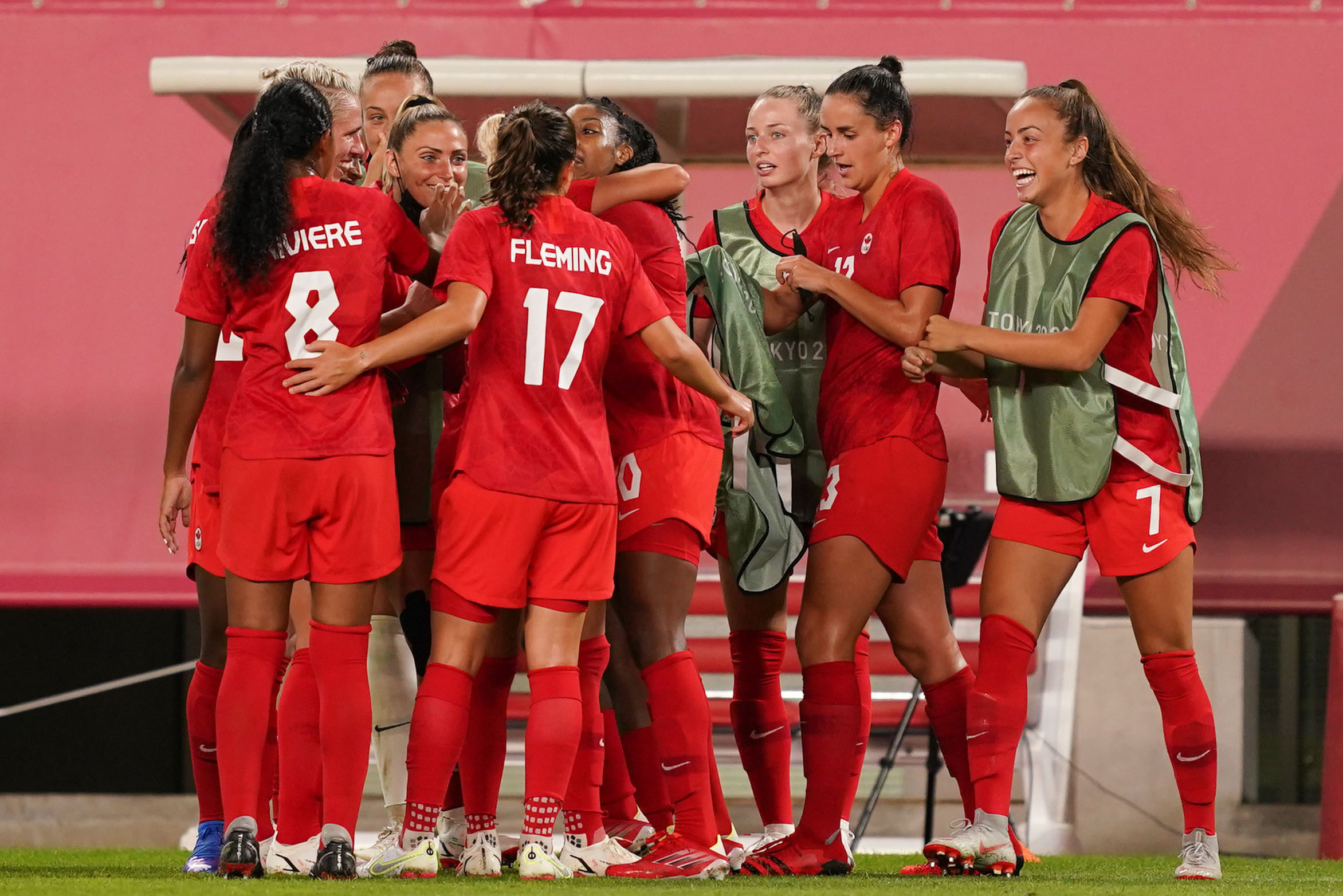 After finishing second in Group E, Canada are into the knockout rounds at Tokyo 2020. The first obstacle between them and a third-consecutive podium finish is Brazil, who finished second in Group F.

Brazil started their tournament with a 5-0 domination of China, before they shared the points with a 3-3 draw against high-flying Netherlands in match number two. They rounded it out with a 1-0 win over Zambia in their third contest. That 3-3 draw sounds like an exciting game, but compared to the 10-3 and 8-2 results Netherlands had over Zambia and China, it was just the modest six goals.

Canada also finished second in their group, although in a less-exciting fashion. A late goal from Mana Iwabuchi cancelled out Christine Sinclair’s early strike in Canada’s first match against Japan, while a brace from Janine Beckie was enough to beat Chile for their lone win of the group stage in their second match. Then, on Tuesday — as Maude Charron was winning gold for Canada in Women’s 64kg Weightlifting — Adriana Leon scored the opening goal but Great Britain scored a late equalizer to share another 1-1 draw and confirm Canada’s spot as Group E’s second-place finisher.

They met in the bronze medal game at the Rio 2016 Olympics, a match that ended with Canada beating the home team 2-1 to reach the podium for the second time in a row.

Two players in this match are approaching history, as Christine Sinclair and Marta (more on those two in a minute) are nearing the Olympic goals record currently held by Marta’s fellow Brazilian, Cristiane. Cristiane scored 14 goals over four Olympics (2004-2016), while Marta now sits on 13 after scoring three goals at Tokyo 2020 thus far, leapfrogging Sinclair, who scored her 12th Olympic goal against Japan on matchday one. There’s a very real possibility that one (or both) could equal or pass Cristiane on Friday.

After qualifying from Group E, Canada seem to be happy with their tournament thus far as a whole.

“To go undefeated in the group stage is nothing to scoff at,” said Canada head coach Bev Priestman in a press release. “Across the group stage we’ve had eight debuts at the Olympics. I felt today was a much better Canadian performance getting us ready now for some great tier one opponents.

“Everyone who stepped in did an unbelievable job, and the strength of this group will be the depth, they can step in whenever needed so no matter what happens moving forward, we’re all ready to go.”

Goalkeeper Stephanie Labbé, who injured herself in Canada’s group stage opener but recovered to play Canada’s third match, is also taking the positives from Canada’s solid start to Tokyo 2020.

“We are undefeated in three games and we’ve put ourselves in control of our own destiny,” said Labbé. “We know what our ultimate goal is, and we’re on our way to that.”

Whoever wins this match will face a much tougher test in the semifinal, as they’d play the winner of a 2019 Women’s World Cup rematch between the United States and Netherlands.