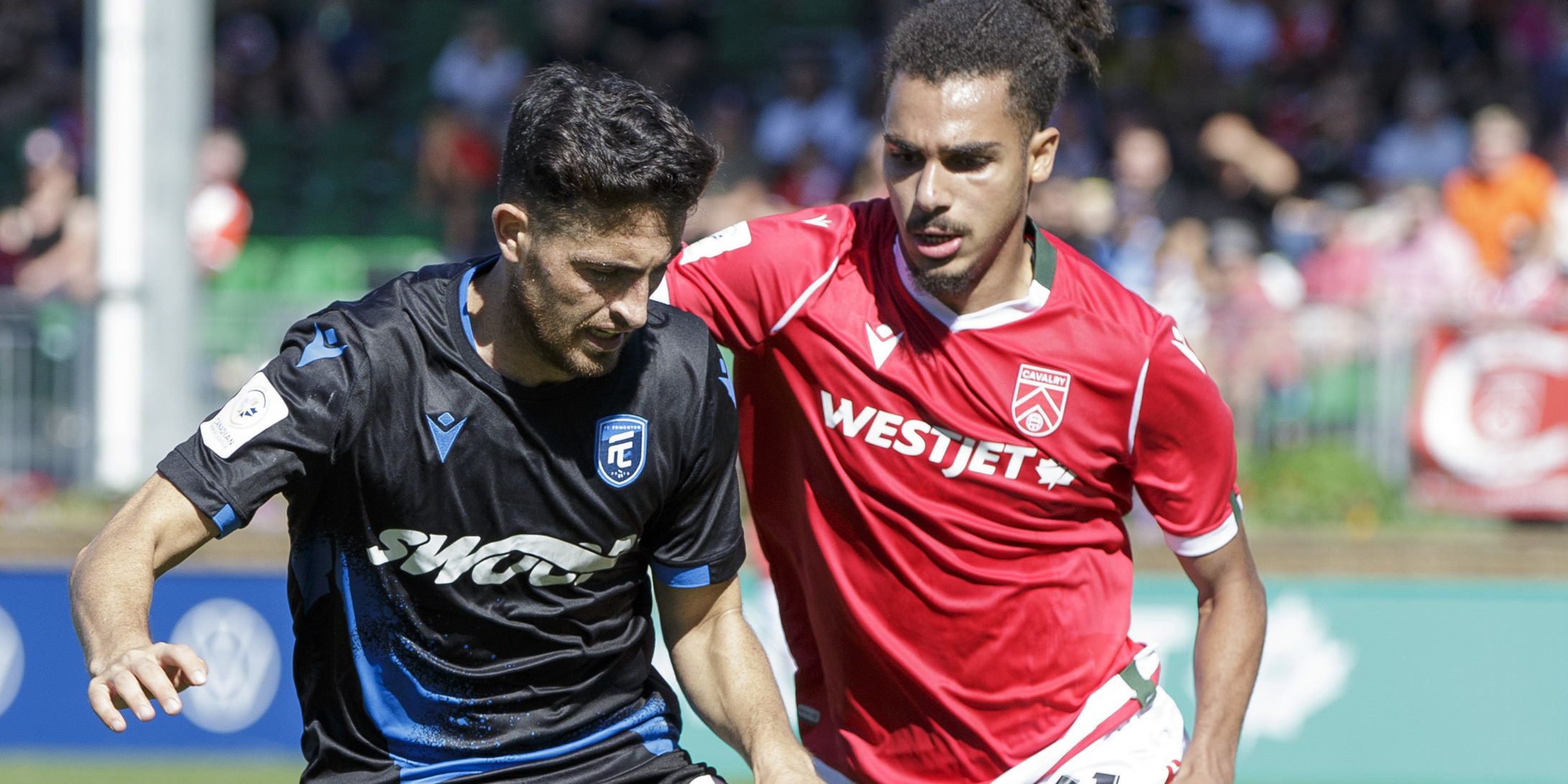 Cavalry FC return home to kick off a six-game homestand on Saturday afternoon, taking on FC Edmonton in the final AL Classico match of the season.

It will be the sixth time the two sides have played each other in 2021 — the fifth time in CPL action, to go along with a meeting in the Canadian Championship. They most recently played each other on September 29th — a five-goal thriller at Clarke Stadium that was won by the Cavs.

Ben Fisk and Ahinga Selemani had the visitors up 2-0 at the end of the first half, but The Eddies fought back to tie it up at 2-2 with goals from Easton Ongaro just after halftime and Amer Didic in the 70th minute. Daan Klomp was the hero for Cavalry, scoring the winning goal in the 80th minute with a header from a corner kick.

The win sealed the Wild Rose Cup for Cavalry FC — the trophy awarded by fans of both clubs to the team that wins the head-to-head series between the two teams each season. FC Edmonton have never beaten Cavalry in their eleven all-time meetings, with Cavalry winning nine times in all competitions, and the other two matches ending in draws.

FC Edmonton are coming off an impressive 2-1 win over league-leading Pacific FC on Wednesday. Goals from Azriel Gonzalez and Ongaro within a few minutes of each other in the first half saw them take a 2-0 lead into the break. Alessandro Hojabrpour scored an impressive long-range strike moments after halftime to get Pacific right back into the game, but the home side held strong to pick up all three points.

Ongaro was named CanPL.ca’s Player of the Week for his performance in that match, and against Valour a few days prior. He has goals in six of his last seven matches, and became the first CPL player to score 10+ goals in multiple seasons last time out against Pacific.

Cavalry last played on Tuesday, the final game in a seven-game roadtrip in CPL action. The two sides played out a 0-0 draw at IG Field, despite a combined 34 shots.

Saturday’s match could have big implications in the standings. FC Edmonton could continue to inch up the table, and tie sixth-placed Valour FC on points with a win. Cavalry could do the same higher up the table — currently in third, a win would see them jump back over Forge FC, and tie Pacific atop the table with 39 points.

“They should be confident, I think they were very good [on Wednesday night] against Pacific. I thought they were good against us in the second half at Clarke Stadium. They’re a good team, they’ve got very good players in this league — and the leading goalscorer in this league in Easton Ongaro. They’ve got some good leadership — Ramon Soria, Amer Didic, one of the best centrebacks in this league. I’m surprised they don’t have as many wins as they are.” — Cavalry FC head coach Tommy Wheeldon Jr.

“I’m thoroughly enjoying working with Easton [Ongaro] because he’s a guy soaking up information, and he’s getting better and better all the time, which is awesome. Hopefully we can continue to push him and get the most out of him for the rest of the season. He’s not your stereotypical big, tall centre-forward. I hear people all the time talk about this big target player… yes he’s big, but he’s not a natural target, he’s much better with the ball at his feet than the ball in the air. The majority of the goals he scores are either created with his feet, or he gets on the end of crosses or service that most of the time is to his feet.” — FC Edmonton head coach Alan Koch on CanPL.ca Player of the Week Easton Ongaro