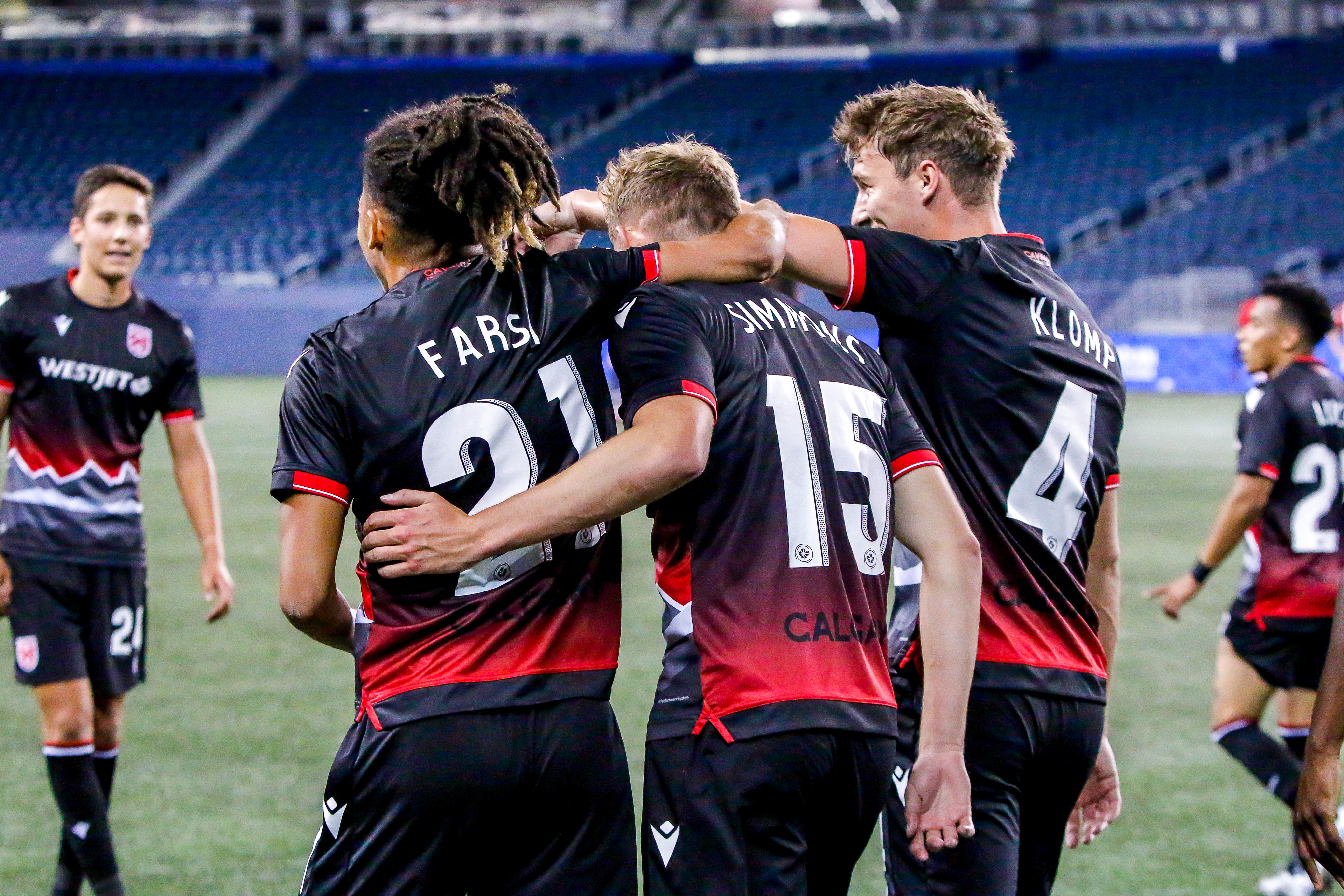 Looking to make it three wins from three to start the 2021 Canadian Premier League season, Cavalry FC are back in action on Saturday night, opening this weekend’s slate against an HFX Wanderers side still looking to pick up their first points of the season.

Tommy Wheeldon Jr’s side is at the top of the table after wins against York United and Atlético Ottawa, 2-1 and 4-1 respectively. Most recently, on Wednesday against Ottawa, a dominant Cavs midfield and impressive effort on defense were rewarded. Ahinga Selemani scored a pair of goals on either side of Ottawa’s lone goal, while Victor Loturi and Elliot Simmons also scored in what turned out to be a comfortable victory in the end.

Cavalry look like a very strong team thus far, and with the likes of Joe Mason still yet to join the squad, could get even better. Despite their success thus far, Cavalry know it’s just two matches, and need to continue to perform at this standard.

“We’re a team that plays what the opposition gives you,” said Wheeldon Jr ahead of Saturday’s match. “If they want to sit low, we’ll pass through, if they want to sit high we’ll play over. We don’t get too caught up in styles or stats — the most important stat in football is wins, and that’s what you get judged on.

“We’re on a platform of victory, so we want to keep that going. Winning is infectious, it’s contagious, and we like chasing victories.”

Stephen Hart’s side, meanwhile, are yet to pick up any points, or score a goal, after 2-0 defeats to Pacific FC and Valour FC, most recently falling to the hosts on Wednesday.

Like in their first match, Halifax struggled to create scoring chances, but looked much-improved. Wanderers attacker Alex Marshall thought he scored his team’s first goal of the season, with his high shot crashing down off the crossbar and seemingly a hair over the line, but the referee wasn’t convinced and waved away protests from the Wanderers attackers.

Goals from CPL Player of the Week Andrew Jean-Baptiste and teammate William Akio were the difference for Valour, but HFX never stopped looking dangerous — they were just unable to find a final moment of brilliance to get on the scoresheet.

“I made a joke with them and said ‘hey, I can’t score it for you’,” said Hart. “On another day you just have to be patient and hope that we find the composure to actually finish the moves.”

“Right now what we see with Halifax is the same as what we’ve always seen — they’re competitive, and we’re not going to be fooled by their couple of scorelines. Against Valour, Valour got the victory, but Halifax didn’t stop. We don’t take them lightly — look at the game in the knockout round of the Island Games.” — Cavalry FC head coach Tommy Wheeldon Jr.

“They have a squad with a lot of depth, and they’re a physical team. They fight for every ball, for every second ball. They are not afraid to play direct, and they press relentlessly, when they sort of encourage you to play. They’re a good squad and they’re in form early, like all of the other teams that had a little more preparation.” – HFX Wanderers head coach Stephen Hart