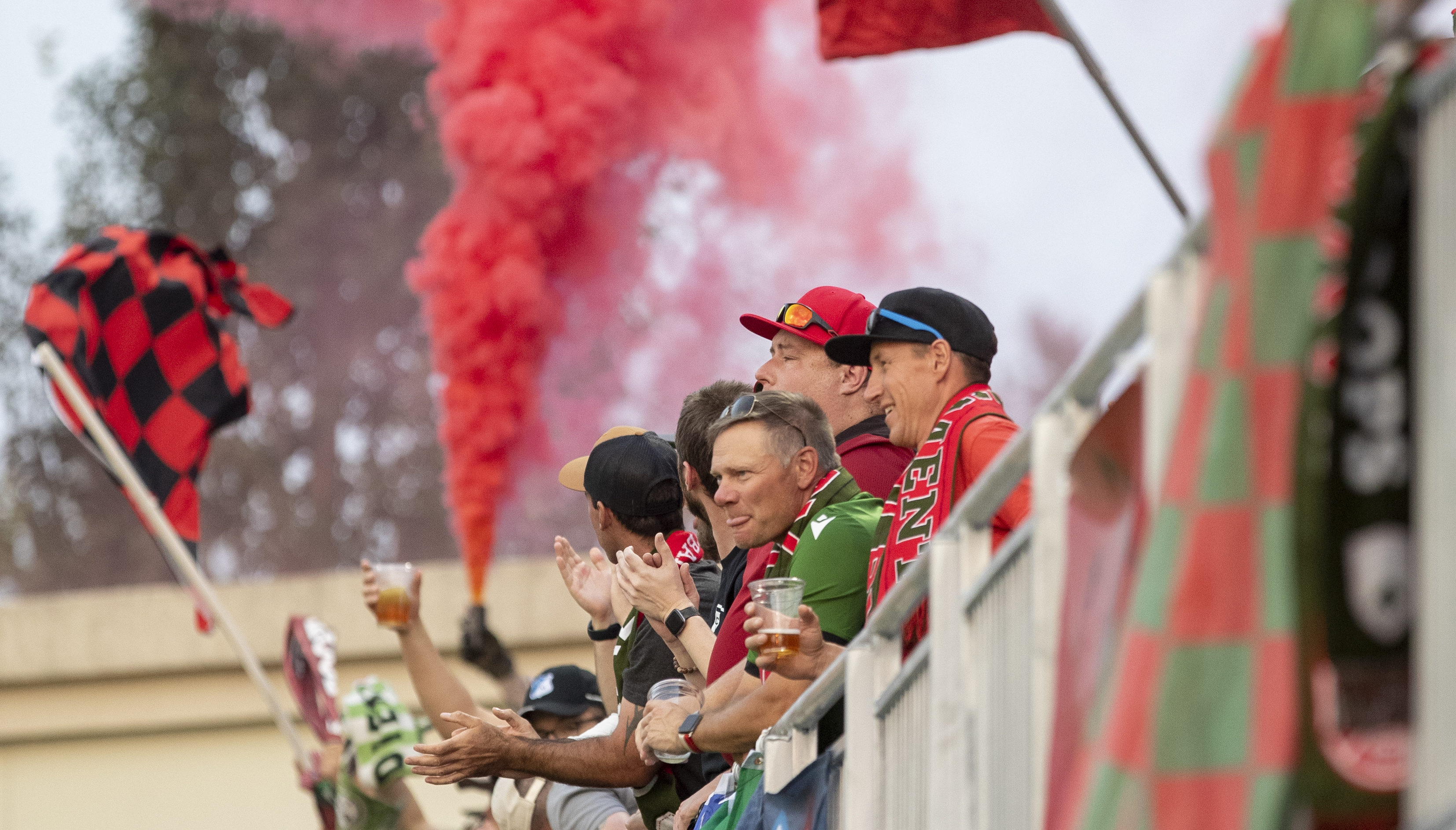 Cavalry FC and Valour FC, two of CanPL’s top sides through the opening month-or-so of play, will lock horns for the first time in 2021 season Sunday in the ComeOn! Match of the Week.

Valour, led by CanPL.ca Coach of the Month Rob Gale, and Cavalry sit second and third in the CanPL standings, separated by a point through the first 10 matchweeks.

It’s an important test for the visitors from Winnipeg who have left their hometown bubble in Winnipeg and have lost back-to-back matches on the road – first to FC Edmonton and Pacific FC on Wednesday.

“Watching back at Pacific, it was a much better performance than initially thought,” Gale said of the bizarre second-half collapse that saw a centre back wonderstrike, a goalkeeping red card, and a late winner on some sloppy defending from Valour. “The mental challenge of only being home for three days before going out on the road again… They responded well in the first half – we were disciplined, organized, and we moved the ball well got ahead on a set piece. Really, the only disappointment was the goals.”

Cavalry, meanwhile, is on a high after posting a dramatic come from behind win over FC Edmonton in the first Al Classico of the season at midweek. Goals from Joe Mason and Daan Klomp set ATCO Field alight and gave Tommy Wheeldon Jr. a solid footing following a loss to Pacific on the long-awaited post-bubble return.

“There’s no surprise for us – Rob is a great coach,” Wheeldon Jr. said. “He always has had quality players [in CanPL] it just hasn’t always clicked. They are a very fast side, very technical going forward. They’ve gone back to back defeats and I’m pretty sure that’s a tough thing for them to swallow and they’re looking to have a rebound against us.”

“No excuse at the end [vs. Pacific] is just a bit of game management and naivety, I think we showed a bit. A bit of our youth and inexperience there – that’ll have to improve Sunday.” – Valour FC coach Rob Gale

“We learned Pacific is a hard place to get points – they found that out too… It’s up to us now to impose our game on our home field against them like they have when they are their home field advantage.” – Cavalry FC coach Tommy Wheeldon Jr.