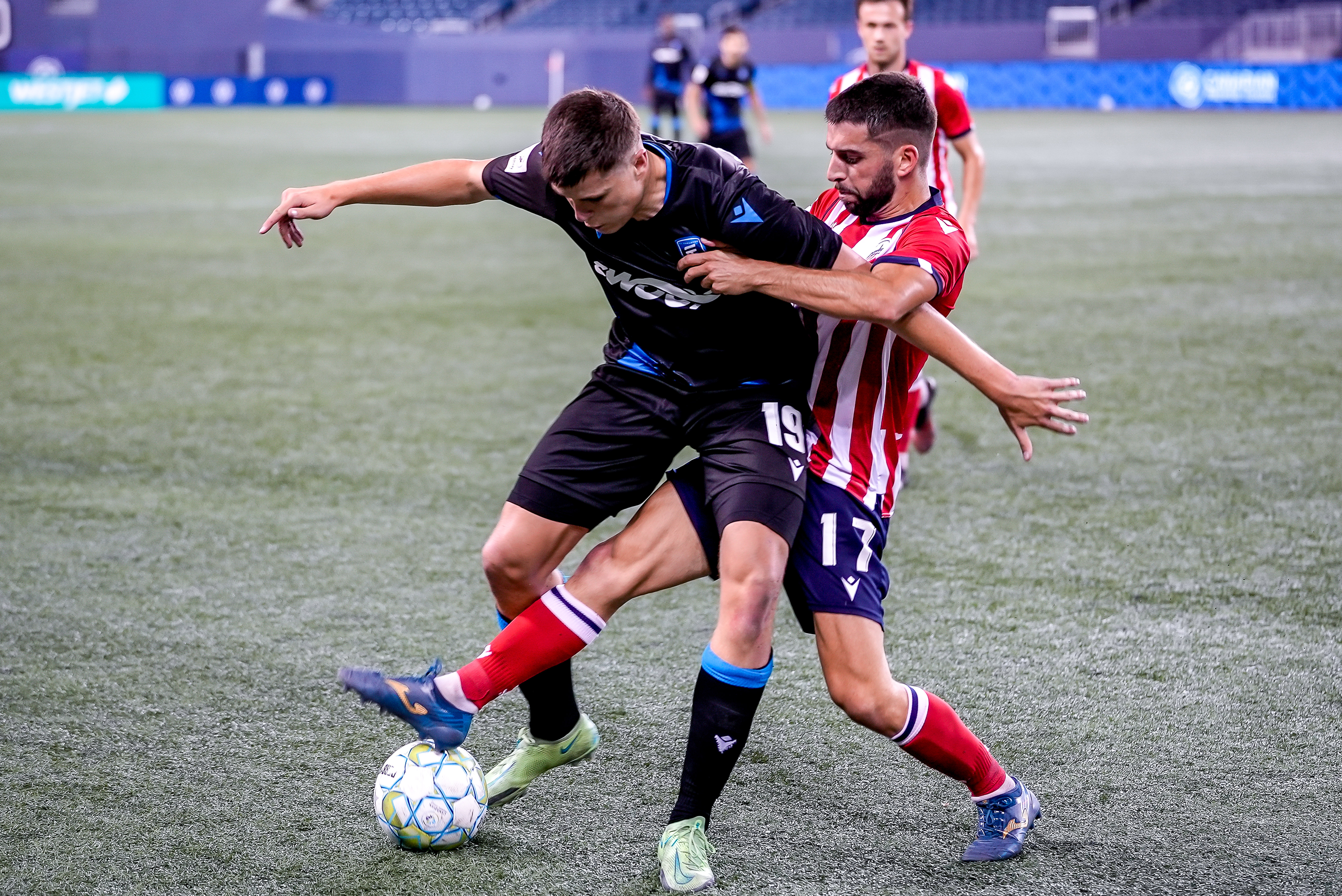 A rematch of the first game of the 2021 Canadian Premier League season, FC Edmonton host Atlético Ottawa on Tuesday night in the 90th match of the year.

Both teams are coming off 1-1 away draws over the past few days — Mista’s Ottawa side picked up a point against York United on Friday, and Alan Koch’s Edmonton squad earned a draw away to Cavalry on Saturday.

These sides have only met each other three times before, with all three matches featuring some late drama. Two of those three meetings were played earlier this season.

The aforementioned curtain raiser on day one of the 2021 CPL season was a closely-contested match, won at the death by Ottawa’s Viti Martínez with a well-placed shot from the top of the box that curled into the bottom left corner to make it 1-0. They met again, also in the CPL’s season-opening bubble at IG Field.

In the second tilt, Zach Verhoven’s fourth minute goal seemed as though it would be the winning one, but Kyle Porter stole a point for The Eddies in the 86th minute.

They also met once at the Island Games in 2020 — a match that ended in a dramatic 2-2 draw. Francisco Acuña scored twice in the opening 15 minutes for Ottawa, a lead that they would hold onto for most of the match, before some late heroics. Keven Alemán scored in the 88th minute to give The Eddies a spark, before Easton Ongaro tied it up in stoppage time to complete the comeback, and give the team their first (and only) point of the shortened 2020 season.

The two sides are ranked seventh and eighth overall in the league standings this season — with Edmonton sitting five points ahead of Ottawa in seventh place. While he remains adamant that his team are focusing more on growth than making the playoffs in 2021, Alan Koch’s side are just eight points off the fourth and final playoff spot, although it still seems extremely unlikely with three teams ahead of them also battling it out for one spot.

“We’re excited to play every team we play. When we have been playing Pacific, and Cavalry, and Valour every few days, it’s nice to play different teams. We haven’t seen Ottawa in a while, so we look forward to that challenge. Ottawa have been dangerous, they’ve shown that they can go and compete against the best teams, but we think we can too. Every game is an important three points. — FC Edmonton head coach Alan Koch

“Sometimes we need to try a different system – when they accumulate five or six guys in attack it is the best way to handle them.” — Atlético Ottawa head coach Mista on the formational change in his side’s game against York United