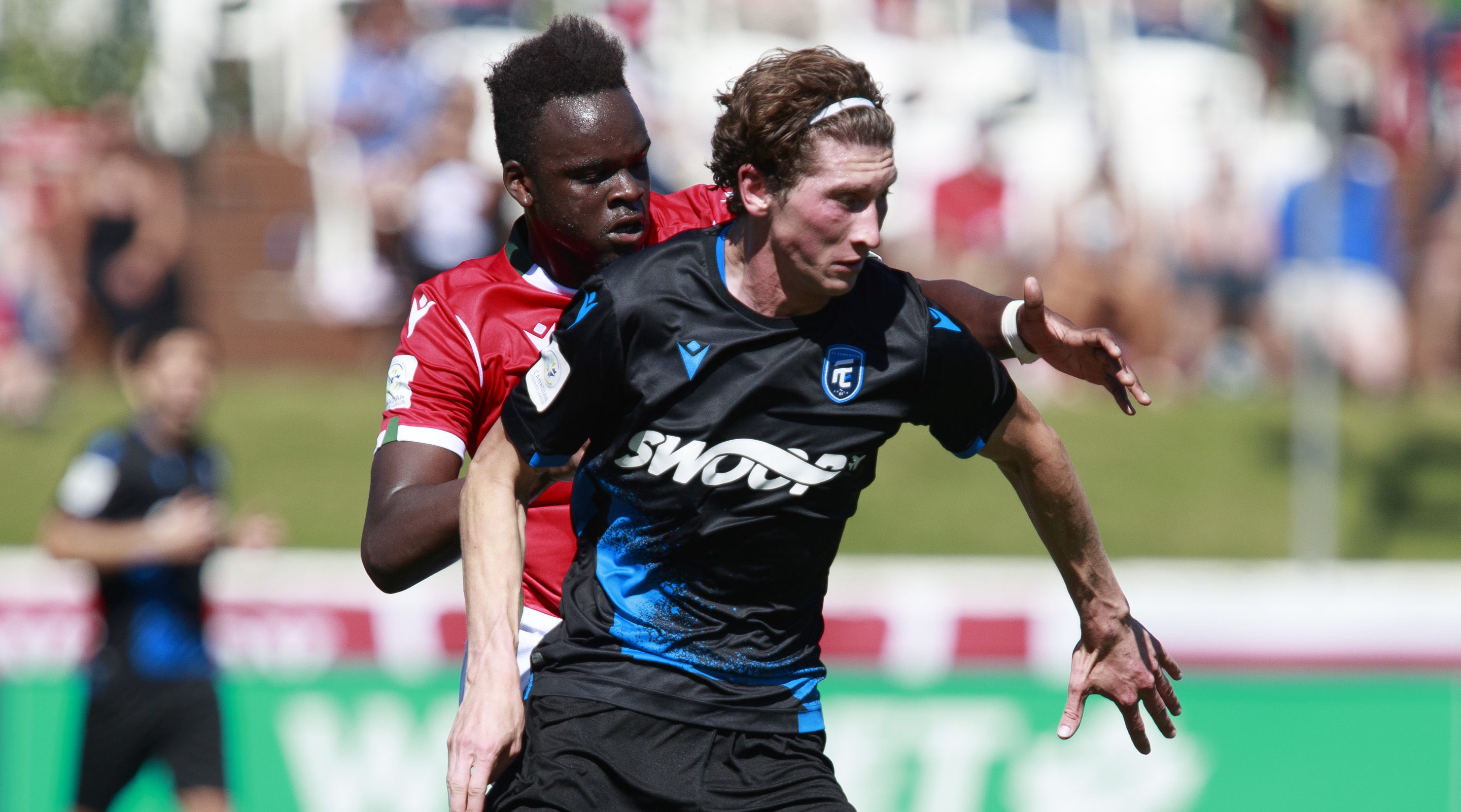 The Al Classico light will be reignited Wednesday night at Clarke Field in Edmonton when Cavalry FC comes to town to face the Eddies in a pivotal match in more ways than one.

The Wild Rose Cup, the supporters-created trophy given to the winner of the all-Alberta clash, could be won Wednesday (more on that later) by the Cavs as they look to get back into the win column in the provincial capital. Coach Tommy Wheeldon Jr.’s side is on a rare four-match winless run having most recently been undone by league bottom-dwellers Atlético Ottawa 3-1 at TD Place. A neat finish from Victor Loturi following a poor giveaway was all the side had to smile about on a day where they peppered the Ottawa goal with 18 shots and 45 crosses – including over a dozen each from Mo Farsi and Jose Escalante. Saturday’s loss along with two defeats to Pacific FC and a draw to Valour FC means Cavalry has failed to grab a win over four matches for just the third time in club history.

“We just have to put this in context – we’ve only lost five games while Forge, the reigning double champions, have seven,” Wheeldon Jr. said, adding the team is 2-1-2 on this extended road trip set to end this weekend in Winnipeg. “That’s a pretty good record to have on the road. We knew it was going to be a bizarre league season with lots of ups and downs. Right now we’re on a minor down, but the only way is up.”

Edmonton, meanwhile, should be in relatively good shape physically despite a cross-country trip to visit HFX Wanderers FC, a match that ended 1-0 on a Joao Morelli goal. Alan Koch’s side didn’t play particularly poorly against Halifax, especially in the second half, as they emerged from a rare 11-day layoff but failed to score.

“We’ve played well in almost every game we’ve played this year,” Koch said before the match. “I might be the calmest person in Edmonton right now – I’m thoroughly enjoying the players going through these difficult moments and when you play quality teams like Cavalry you have to step up you have to rise to those challenges.”

“The way the schedule is, we get to play Cavalry a lot and for us as a group, we’re grateful for it. These games give us great opportunities to assess our group as much as we can – to play in meaningful games against battle-hardened teams like Cavalry is huge.”– FC Edmonton head coach Alan Koch

“They are a very well organized team and they’re still scoring goals… I can’t believe they’ve not won more than they have to be honest, because I think they’re a very good team. It makes us even more prepared because we are playing against a good team.” — Cavalry FC head coach Tommy Wheeldon Jr.