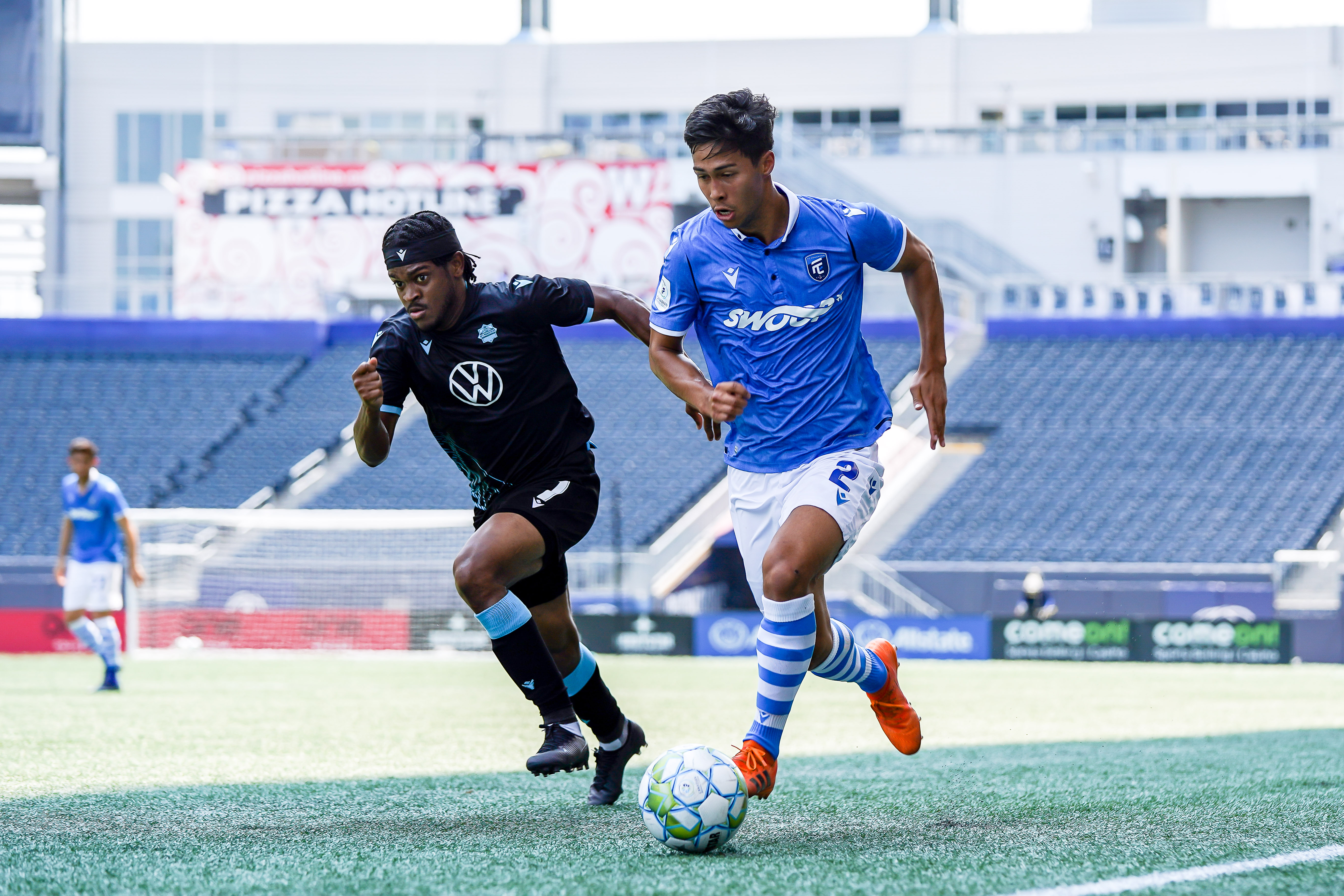 It’s a midweek matchup between the only two teams yet to play their seventh game as FC Edmonton takes on HFX Wanderers Wednesday evening at IG Field.

Halifax comes in on an extra day’s rest having dropped a 2-1 decision against a strong Cavalry side on Saturday night where a late Samuel Salter strike — his first career professional goal — was a close as they’d come to mounting a comeback. Edmonton also got a goal at the death this weekend as Kyle Porter’s 86th minute finish salvaged a point for the Eddies in a 1-1 draw versus Atlético Ottawa on Sunday.

Results have been mixed for the Wanderers of late having bested Edmonton 2-1 back on July 10 thanks to a João Morelli brace before a 0-0 draw with Pacific three days later and the 2-1 defeat against the Cavs this past weekend, the most recent result one which HFX assistant coach Mesut Mert labelled “deflating” after the final whistle.

With a few days to reflect on their last match and no opportunity to train outside on Tuesday due to air conditions in Winnipeg as a result of wildfires, Mert and Co. are just ready to get back on the field Wednesday night and even more so to accumulate some points to take home in their back pocket back to Halifax: “It’s just a normal reaction after a game like that where you just don’t get the result that you were looking for,” Mert said on Tuesday of his frustration after the weekend loss. “Obviously there were some things we could have done a little bit better to try and get ourselves into positions to compete with Cavalry.”

“Now it’s a matter of getting over that last few days before we get back home to our home crowd but we still have to make sure that we get the job done in these last two games and put ourselves in a position where can get back, rest up and get back to work.”

After an impressive 2-0 showing over Forge back on Canada Day, Alan Koch’s group has now gone four straight games without a win despite showing plenty of grit to snatch a late point against Ottawa on Sunday. Only Valour have conceded fewer times this season than Edmonton (both they and Forge have 6 GA) as they’ve shown strong defensive structure through six matches played but chance conversion has been lacking at times for them, particularly with strikers Easton Ongaro and Tobias Warschewski still searching for their first goals of 2021.

While Koch was content with the way the duo up top performed against Ottawa, he was noncommittal on if both big men up front would feature in the starting XI on Wednesday, alebit much of the uncertainty could be chalked up to the inability to train due to smoke in the Winnipeg area: “We’re still going to try things, we tried one striker, we’ve tried two strikers and we’re going to go through an abundance of different options as we press through the season.”

Both Halifax and Edmonton sit tied in the basement of the league table on five points, but with a game in hand on the other six teams, Wednesday evening serves as a great opportunity for one of these slow starters to gain some ground on the opposition.

“They will be a team that’s going to be pushing and looking for a win just as we are so we need to make sure that we’re ready to try and implement our game.” — Mesut Mert, HFX Wanderers assistant coach

“We’re aware of what they’re good at but like every game we’re gonna focus on ourselves and make sure we come out and do what we need to do while being cognizant of them of course and hopefully things will go our way.” — Alan Koch, FC Edmonton head coach