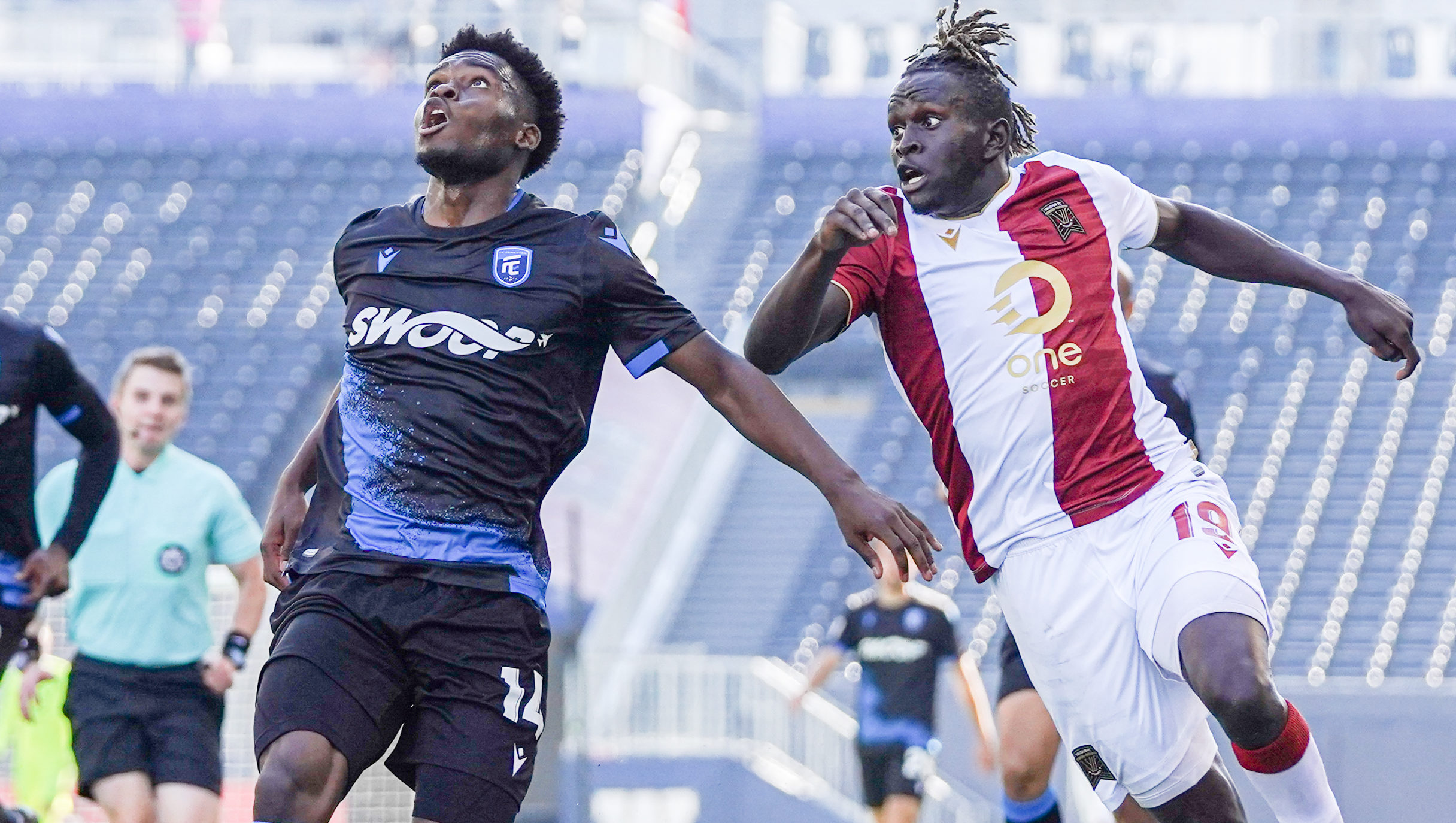 Valour FC will head west to face the already-eliminated FC Edmonton Saturday afternoon in Phil Dos Santos’ final stab at locking up a spot in the 2021 playoffs.

Although a win earlier in the day by York United over Forge FC (1:00pm ET kickoff) could sink their post-season chances, there’s still a very real opportunity to make the final four – all they have to do is win on Saturday, which is their final match of the regular season.

Winnipeg gave that aforementioned playoff run a monumental boost last weekend with a historic 4-2 win over hosts Cavalry FC. No CPL club has ever scored four goals on the Cavs, with red hot striker William Akio providing two of the four. The result, coupled with a similarly important midweek win over HFX Wanderers, puts Dos Santos’ group two points back of fourth with one more match played. Valour needs all three points to at least leapfrog York, whose extra match will be against Forge again on Tuesday. If Valour were to advance to the playoffs, they’d need The Nine Stripes to collect no more than one point in both games against Forge.

“We know we don’t fully depend on ourselves so we addressed it like we did the last couple games,” Dos Santos said before the match. “It’s easy to have a team that’s motivated when you have two big wins like that as a group that wasn’t necessarily favoured to win to begin with.”

FC Edmonton, meantime, has been off since last Tuesday – a comprehensive 5-1 defeat to Pacific FC at Starlight Stadium on Vancouver Island. It was a disappointing loss following a string of promising late-season results for an Eddies team that has long outside of the playoff spots. Head coach Alan Koch said after the match he’s calling on his team to give a response in their two final home matches – starting on Saturday.

“There’s going to be the usual passion on the field,” Koch said. “We’re fighting to continue our progression and assess our players as we continue to move forward with our project.”

“I expect a very strong FC Edmonton and that’s the mindset… It will be a very difficult game. We won’t go in there thinking that that there are three points in the bag.” – Phil Dos Santos, Valour FC head coach

“We need to show a positive reaction from our last game, which was probably our most disappointing game of the season.  When you see a reaction in a very meaningful game, it will mean just that much more.” – Alan Koch, FC Edmonton head coach