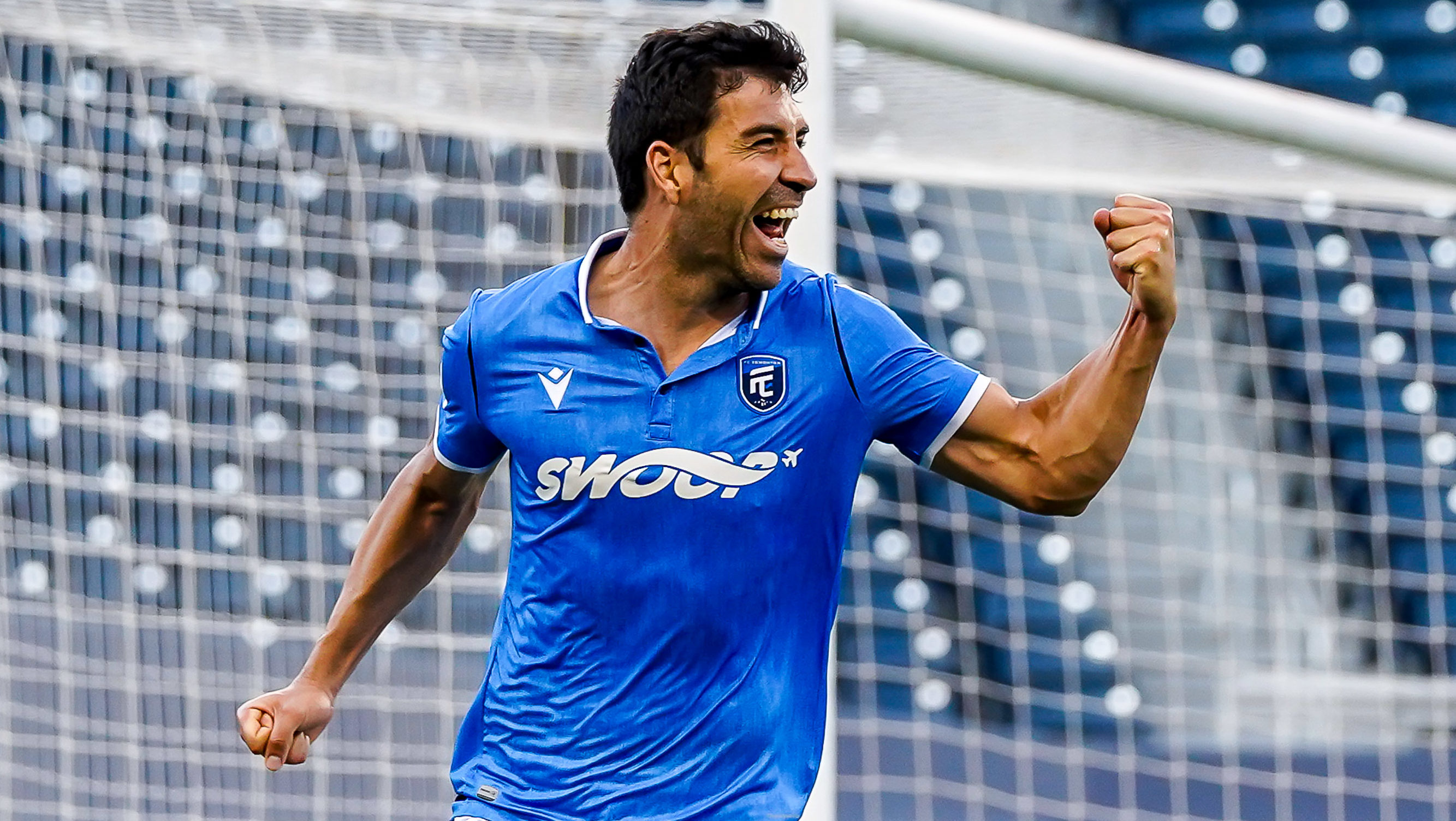 Fresh off their first win in 624 days, FC Edmonton is looking to go (win) streaking this weekend when they take on York United Sunday night at IG Field.

Edmonton picked up an impressive 2-0 victory over Forge FC Thursday evening after falling 1-0 to Atlético Ottawa in their season opener. The result was particularly noteworthy for Alan Koch as the new Eddies coach picked up his first points with the club. It was a memorable contest for the neutral as well, and perhaps Forge for the wrong reasons, as Ramón Soria and Jeannot Esua found the back of the net in late, dramatic fashion — Esua’s stoppage time insurance strike is surely an early goal of the year candidate.

Still riding the high of a statement performance the night before, Koch told reporters on Friday just how connected his group feel in the early stages of the season: “You can see the overwhelming emotions and cohesiveness when the goals happen and you can see it at the end of the game and you can still feel it around the team this morning.”

It was the second consecutive strong showing from Edmonton in their win over the Hammers despite dropping their first game against Ottawa last Saturday. While results help provide proof of progression and quality performance, Koch says he’s proud of Thursday’s efforts but suggests the squad is far from peaking at this stage: “We worked hard against an excellent team and we got rewarded for it,” Koch said on Friday. “But we still have a long way to go.”

Hoping to kill that progress at the other end of the pitch on Sunday will be York United — coming off a positive result of their own on Thursday in a 2-2 draw with Pacific FC. The Nine Stripes came out the gate fast and physical against Pacific in hopes of interrupting any attacking flow from the opposition, ultimately eight cautions were handed out by the final whistle.

Diyaeddine Abzi was immense down the left flank for York, scoring in his second straight game, as the 22-year-old has served as one of the league’s exciting young players in 2021, while Brennan has leaned on plenty of youth across the full pitch in their first two matches: “These young guys are thriving in these opportunities,” Brennan told reporters on Friday. “I told them from day one, you work hard enough and you’re going to get your chance.”

The last time these two sides faced York came out on top 1-0 in last year’s Island Games thanks to a first half goal from Manny Aparicio (now with Pacific.) Much has changed however in the past nine months — York has rebranded while Edmonton is under new management and both clubs have seen a ton of turnover on their team sheets. Historically, it’s been advantage Nine Stripes in this fixture, but Sunday presents the chance for Koch and the Eddies to make a statement for the second match running.

“Obviously in every game you play, you have to be aware of the team you’re going to play against… but right now as we’re trying to build something our focus has to be on us.” — Alan Koch, FC Edmonton head coach

They’re a good side, they’ve got some quick players out wide, in the middle of the park they try to play as well, so I think (Koch) is doing a good job but it’s up to us to expose them now and find their weaknesses.” — Jimmy Brennan, York United head coach