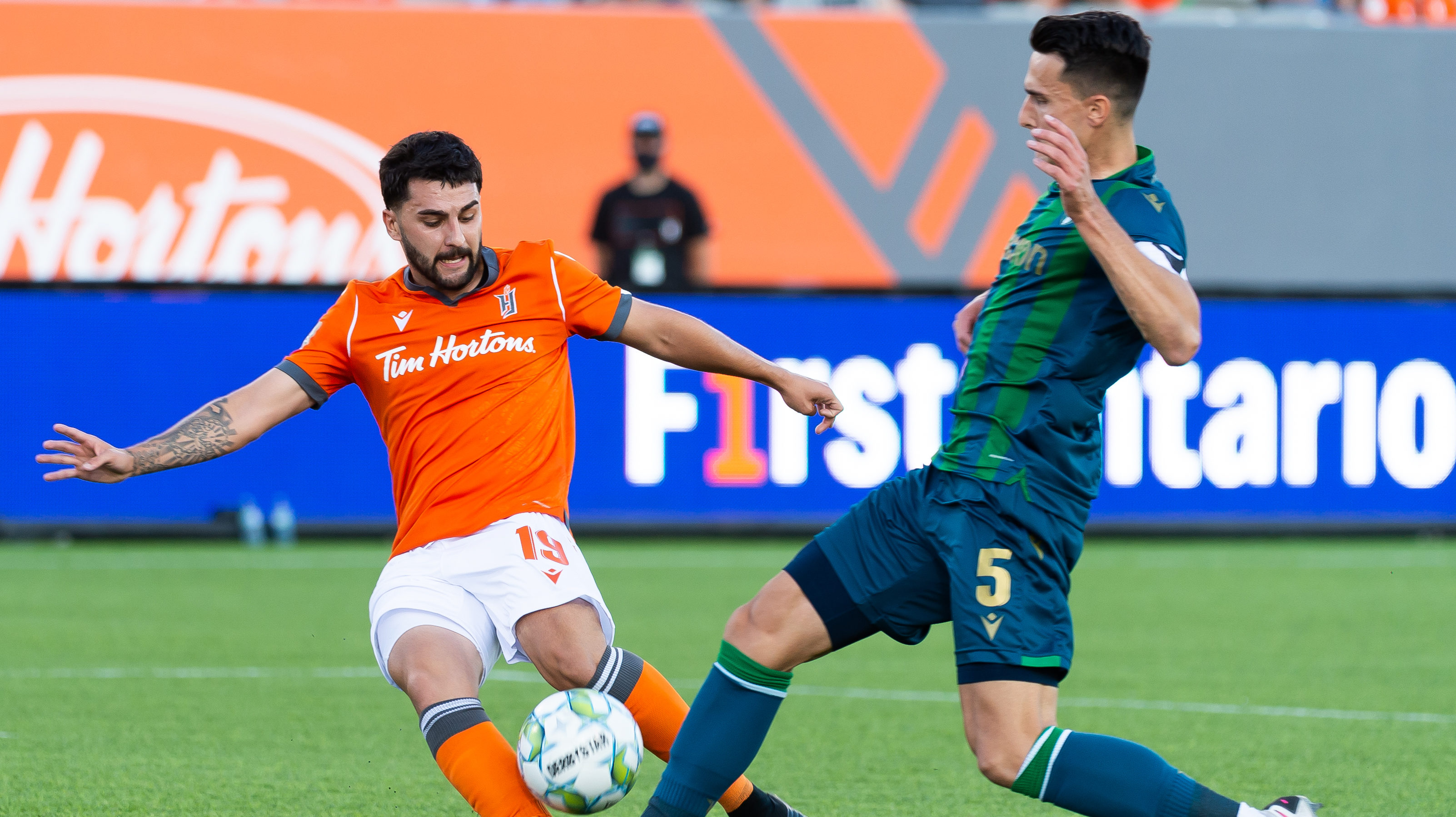 Forge FC host York United at Tim Hortons Field on Saturday afternoon for the third 905 Derby of the season.

The two sides played twice in one week for their first two matches after leaving the bubble in Winnipeg for The Kickoff. Forge won 1-0 at York Lions Stadium in the first CPL game of the season in home markets, and York got their revenge with a 1-0 away win in the second meeting at Tim Hortons Field a few days later.

An early Mo Babouli goal in just the fourth minute of the first match on July 30 was enough for his side to leave with all three points, while it was Alvaro Rivero who scored for The Nine Stripes in the return fixture, before being sent off ten minutes later.

Both sides are in good form, unbeaten in five and last losing to each other in those aforementioned matches.

Forge have since beaten Atlético Ottawa twice, drawn HFX Wanderers once and played a pair of Concacaf League matches. They beat Salvadoran side CD FAS 3-1 in the first leg of their Preliminary Leg tie, and drew 2-2 in the second leg to move on to the next round.

The home opener loss to The Hammers was York’s only defeat since leaving the Winnipeg bubble, as they have since beaten Forge and HFX Wanderers, as well as drawn with Atlético Ottawa and the Wanderers. They have also picked up a massive 5-0 Canadian Championship victory — their biggest ever win — against League1 Ontario side Master’s Futbol Academy in that span.

Forge attacker Tristan Borges is the joint-leading goalscorer in this fixture, finding the back of the net three times in his career against York. Former York midfielder Joseph Di Chiara has also scored three 905 Derby goals, but made the move to Cavalry FC this past offseason.

There have been an impressive 19 goals in eight matches between the sides, and a match between the Ontario rivals has never ended scoreless — with the most goals coming in a 4-0 York win at York Lions Stadium in 2019.

A win on Saturday would move York within two points of Forge for the final playoff spot, while the home side could jump over third-place Valour with at least one point, or jump over second-placed Cavalry with a win, which would see them level on points with Pacific FC at the top of the table.

“They’re a pretty consistent team, a very organized group. They’re a group that’s comfortable on the ball, and also comfortable not being on the ball. They’re a team that can play in transition quite a lot more than they have in the past, and I think that makes them an interesting team.” — Forge FC head coach Bobby Smyrniotis

“I expect them to be competitive as always. They’re a good side, they’re coming off a good win. It’s always a good match when we play each other.” — York United head coach Jimmy Brennan