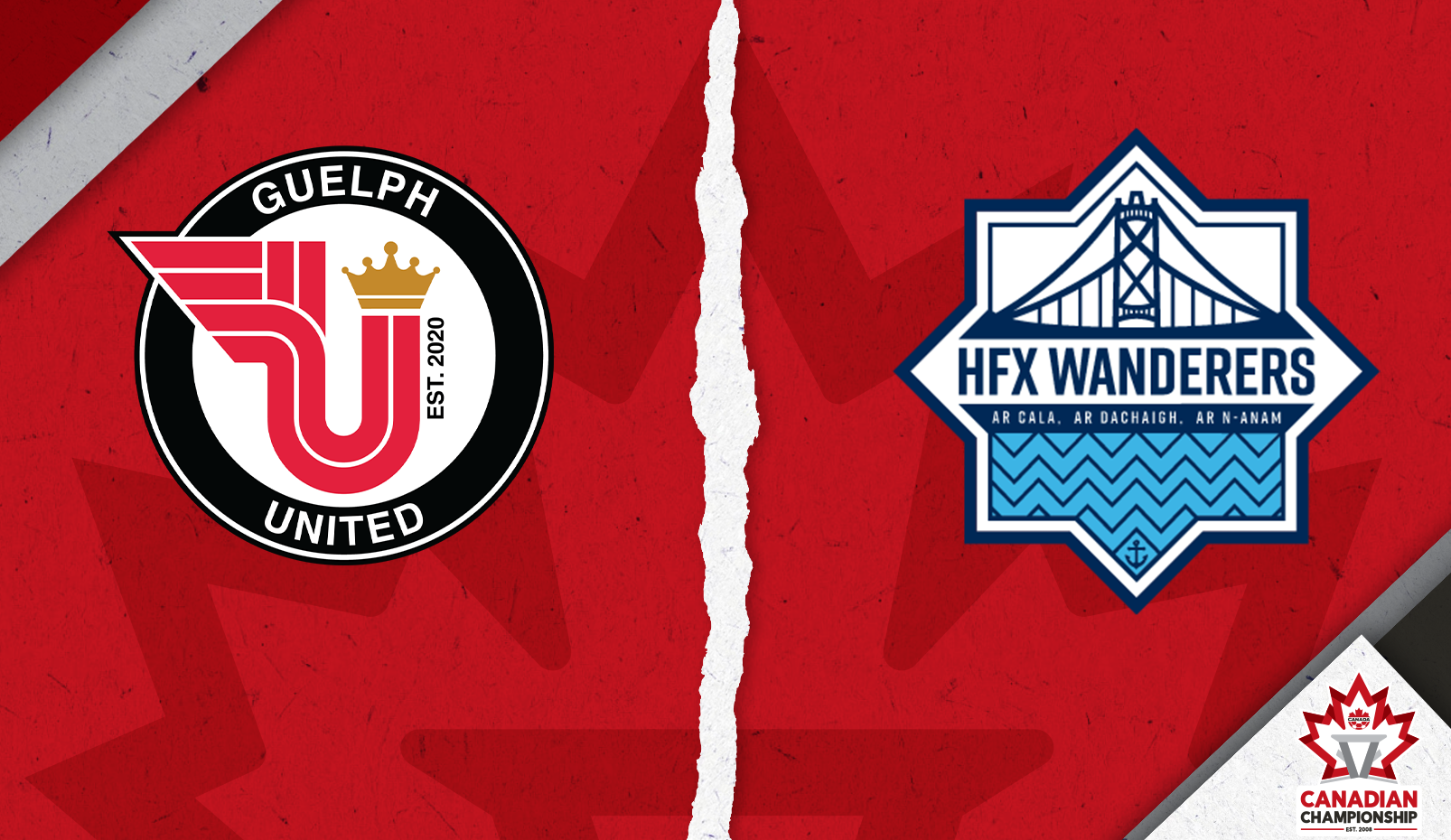 For the second time in club history, HFX Wanderers FC will travel to take on a League1 Ontario side in the Canadian Championship this Tuesday, as they head to the University of Guelph’s Alumni Stadium to take on Guelph United FC in a preliminary round clash.

The Wanderers will be keen on maintaining their three-year streak of advancing past the first round, having topped PLSQ’s AS Blainville in 2021 and dispatching another League1 Ontario side, Vaughan Azzurri, in a 3-3 aggregate tie in 2019 that Halifax claimed on away goals.

Stephen Hart’s CPL team are hoping to continue rounding into form after an up-and-down start to the league season, having won two, lost two, and drawn one of their first five games. Most recently, they played out a frustrating 0-0 draw on the road against Valour FC last Saturday, failing to score despite 17 shots in the contest.

They’ll have some additional reinforcements this time, though, having signed defender Kareem Sow (familiar to Wanderers fans from 2021) and Senegalese forward Mour Samb on Monday.

Guelph, meanwhile, have their eyes on making history on Tuesday by becoming the first League1 side to eliminate a CPL team from the Canadian Championship. Vaughan came closest in 2019 when they won the away leg in Halifax, but the three goals they’d conceded at home left them empty-handed.

Led by associate coaches Keith Mason and Justin Springer (formerly a defender for York in the CPL, Guelph earned their spot in the competition by winning the League1 Ontario championship in 2021. They defeated Oakville Blue Devils in the final thanks to a trio of goals from former CPLers — two from Jace Kotsopoulos, and one from Tomasz Skublak. So far this season, Guelph have one win, one loss, and one draw from three matches.

Guelph have plenty of names that will be familiar to CPL fans, from captain Kotsopoulos and Skublak to Marcel Zajac and Reggie Laryea. Alex Zis, an ex-Forge FC draft pick, is a skilled attacker for their side, while former Toronto FC Academy and Canada U-18 defender Marko Maletic is a physical, commanding leader at the back. Plus, of course, they’ll be bolstered by the return of goalkeeper Svyatoslav Artemenko, who recently arrived back in Canada after enlisting in the Ukrainian army in early March.

The winner of this tie will move on to the quarterfinals, which in itself is massive incentive. Perhaps more, though, is the prospect of hosting MLS club Toronto FC, which is the prize waiting for whoever wins on Tuesday night. As was the case in last year’s Canadian Championship, if this match is tied after 90 minutes it will proceed to a penalty shootout to determine who advances to the final eight.

First meeting between these sides.

“It would be out of the world; the potential of bringing Toronto FC into this community is something that dreams are made of… For us, it would definitely be a Hollywood script. That’s how far-fetched it would be if you’d talked about it 12 months ago. But here we are on the verge of being able to play the biggest game of not only our lives but the community of Guelph, with the opportunity of playing an MLS team in the next round… In terms of us being the first (L1O team) to win, someone’s got to do it. One day, someone’s gonna open that door.” — Guelph United associate head coach Keith Mason

“It’s a game we’ve all been looking forward to on the schedule from when it was announced. You can’t lie, it’s something everybody circled and it was on our minds from the first day of preseason. It’s a big test for each guy to go out there and prove themselves.” — Guelph United attacker Marcel Zajac

“It’s the beauty of the cup… I think it’s fantastic because it gives those teams that are not in MLS or the CPL the opportunity to have a huge night, and I’m sure we will see that tomorrow night.” — HFX Wanderers head coach Stephen Hart

“It was definitely funny out of all the teams we could have drawn… As soon as we drew Guelph in the Championship I got messages from everyone, I’ve been talking to guys about it so it’s good to connect with them all again.” — HFX Wanderers (and former Guelph) defender Colin Gander