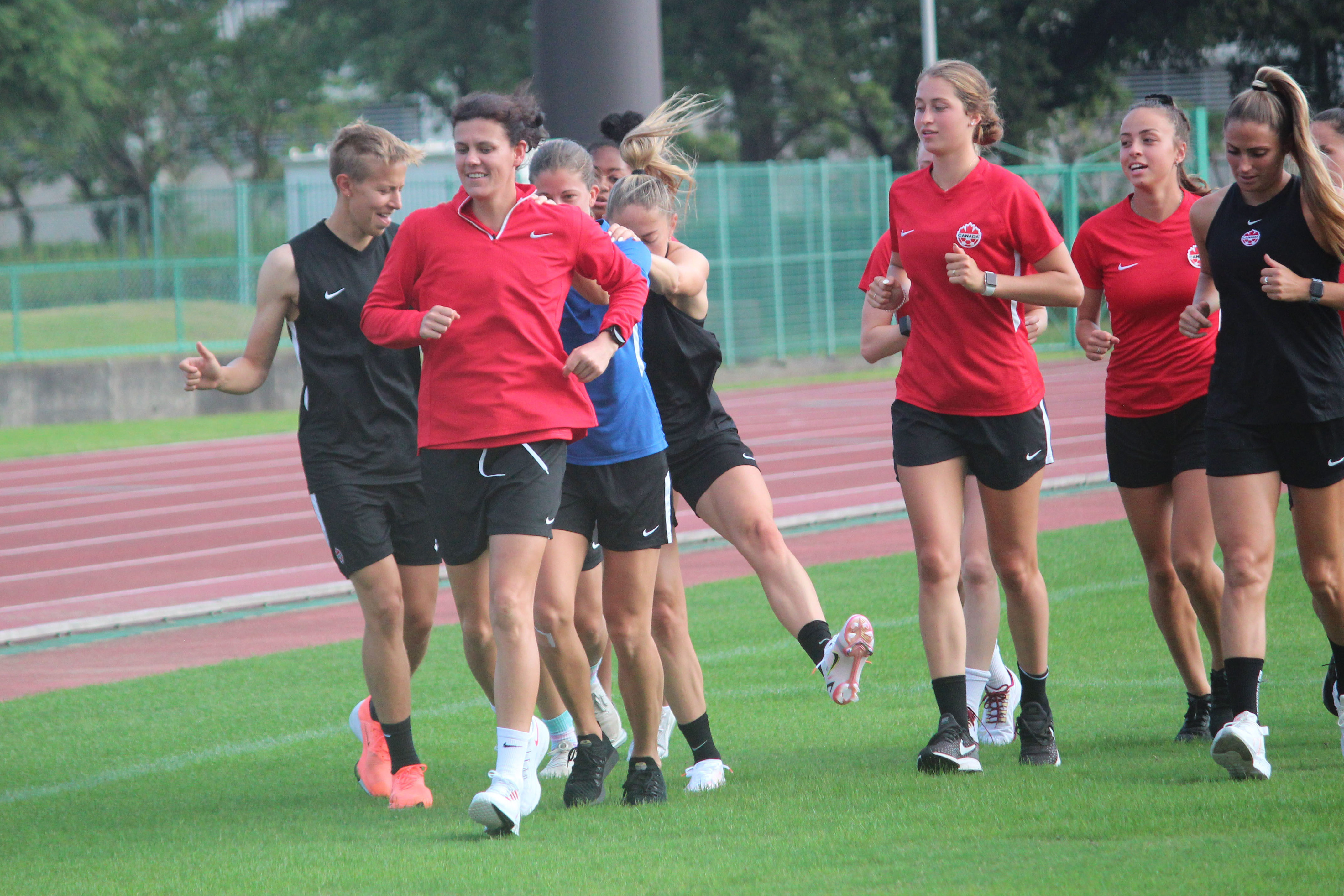 Canada’s campaign to “change the colour of the medal” at the Tokyo 2020 Olympics gets underway on Wednesday with their group stage-opener against the hosts Japan.

It will be Bev Priestman’s first game at a major tournament as head coach of a senior national team, and quite a way to do it — against a strong team, in their home Olympics, with getting off to a good start surely the priority. There won’t be any fans in the stands, as Japan declared another COVID-19-related state of emergency, but the desire to win at home will still very much be there for a Japanese side that is in the midst of its “golden generation”.

There are players on the Japanese team who were part of the 2011 World Cup-winning team — as well as the teams that have won back-to-back AFC Women’s Asian Cups and silver medals at the 2012 Olympics and 2015 World Cup, among other things.

Arsenal’s Mana Iwabuchi, still only 28, remarkably took part in all five of those, with Japan captain Saki Kumagai another of the most successful players the sport has ever seen. The 30-year-old defender/midfielder was part of all of the above international squads, minus the 2014 AFC Women’s Asian Cup, but would need several trophy cabinets to house all of the other things she’s won — 25 of them between her club career (mostly at Olympique Lyonnais, where she played with Kadeisha Buchanan for a few years) and international play. All that, and the 2019 Asian Women’s Footballer of the Year to put the cherry on top.

That level of experience leading a strong backline will be a big test for whoever Canada starts up top, but as we know, Canada have proven this year that they can grind out results against some of the world’s top sides. In 2021, they’ve beaten England, Wales, and Argentina, drawn Netherlands, Brazil and Czech Republic, and come within 10 minutes of keeping a clean sheet draw against the best team in the world from the United States, among other results. All of those teams are in the top 35 in the world, so Canada have tested themselves against the world’s best in advance of these Olympics.

The 3-3 draw with Netherlands behind-closed-doors is an especially positive result, as it came against a team that won the 2017 European Women’s Championship and were runners up at the 2019 Women’s World Cup. It was also positive to see Canada scoring goals (two from Janine Beckie and one from Nichelle Prince) after a pair of scoreless draws in their previous camp in June.

On their day, Canada can beat anyone with the starpower that they possess — the best international goalscorer of all-time Christine Sinclair is among a group of stars — and if both teams show up on Wednesday, it should be a very entertaining match to open their run at Tokyo 2020.

Canada’s biggest strength is their backline — Kadeisha Buchanan is one of the best centre-backs in the world, Shelina Zadorsky has captained Tottenham Hotspur in the Women’s Super League and Vanessa Gilles has hardly put a foot wrong during her national team career — but assuming Priestman continues to play a back four, only two of them will be able to start in the centre of defence. On the left will likely be one of Allysha Chapman or Gabrielle Carle, while what Priestman sees as Ashley Lawrence’s best position will be the deciding factor on the right. If it’s right back, she’ll start there, but if it’s midfield, Jayde Riviere is a more-than-capable deputy. The backline will be worked against a team that includes the aforementioned Mana Iwabuchi and Washington Spirit forward/midfielder Saori Takarada, a budding star who already has more than 100 professional appearances at 21 years old.

This game will take place at Sapporo Dome in Sapporo, Hokkaido, Japan — the home of Japanese top flight side Hokkaido Consadole Sapporo, and Hokkaido Nippon-Ham Fighters of the Nippon Professional Baseball league — and more than 1,000 km north of Tokyo. The stadium opened in 2001, and has also hosted matches at the 2002 World Cup, as well as the 2019 Rugby World Cup and several other major sporting events. Canada’s second group stage game against Chile will also take place at the venue as well (Saturday, July 24 at 3:30 am EST).