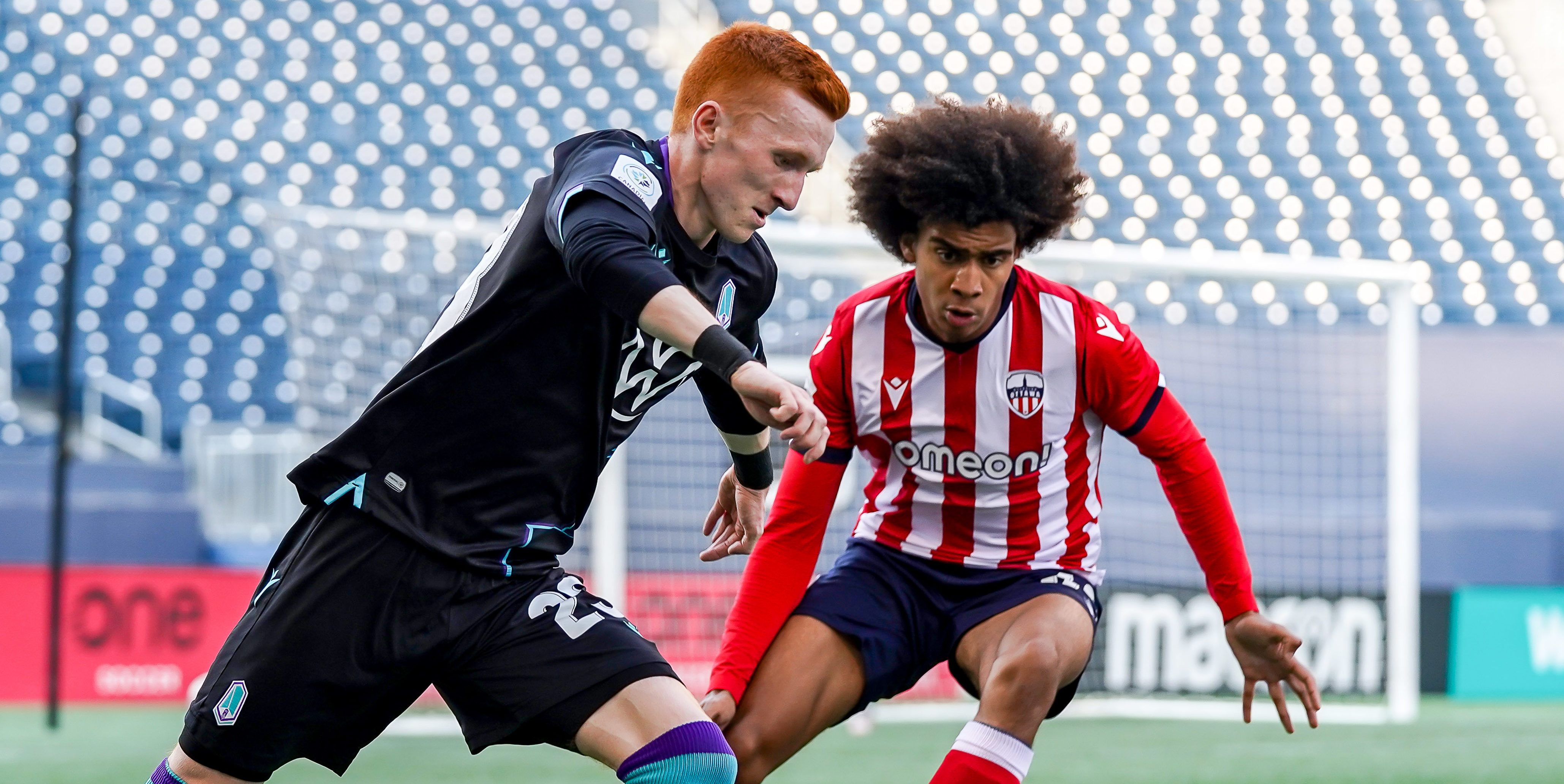 Atlético Ottawa head out west for a first trip to Starlight Stadium on Sunday, to take on Pacific FC in the day’s lone CPL match.

Pacific can extend their lead atop the standings to six points with a win, after Cavalry drew 1-1 with Valour FC on Saturday, while victory on the road would move Ottawa with two points of FC Edmonton, and a chance to move closer to climbing off the bottom of the table.

This will be the fourth meeting all-time between the two sides, and their third and final match of the season.

In 2020 at the Island Games, Ottawa won the first-ever matchup between the sides, as Viti Martinez scored a dramatic 90th-minute equalizer to keep Ottawa in contention for a spot in the second round. They wouldn’t make it in the end, but the win was an important one in their inaugural season.

In 2021, the two sides met twice at The Kickoff in Winnipeg. Josh Heard scored the lone goal in a 1-0 Pacific FC win at IG Field in the first match, but it was their second contest of the season that was full of action. After Malcolm Shaw scored twice in the opening 15 minutes to put Ottawa on the front foot early, a red card to midfielder Ben McKendry put his side down to 10 players in the 22nd minute.

Alejandro Diaz pulled The Tridents back within one in the 35th minute from the penalty spot, and scored twice more in the second half to complete his hat trick and give his side the lead. Terran Campbell sealed a 4-2 victory for his side in the 74th minute, and Pacific battled back from two goals down to take all three points.

That loss for Ottawa saw them drop to the bottom of the table at the end after eight matches, and they’ve been stuck there since. Pacific, meanwhile, are in first place at the moment, just a few points in front of Cavalry FC.

On Sunday they will be without attacker Ryan Telfer and defender Nyal Higgins, both of whom miss out through suspension.

Sunday’s match will also feature a small ceremony to officially celebrate the renaming of Pacific’s home venue to Starlight Stadium.

“I don’t think they’ve changed much (since the last time the teams met). They’re a team that are still trying to find their groove… things haven’t always gone their way. It’s definitely a match that people cannot expect to be a walkover — we will have to earn every inch of everything on Sunday, but it’s a match I’m looking forward to.” — Pacific FC head coach Pa-Modou Kah

“We’re playing one of the best teams in the CPL. They have one of the best rosters in the CPL. We played them in the bubble, unfortunately we saw a red card, but the first 25-30 minutes were perfect for us because we scored two goals and I think we were better than them. I hope tomorrow we are better in front of the other goal and can score, because we create a lot of chances, but the problem is — for the confidence especially — we don’t score [them].” — Atlético Ottawa head coach Mista