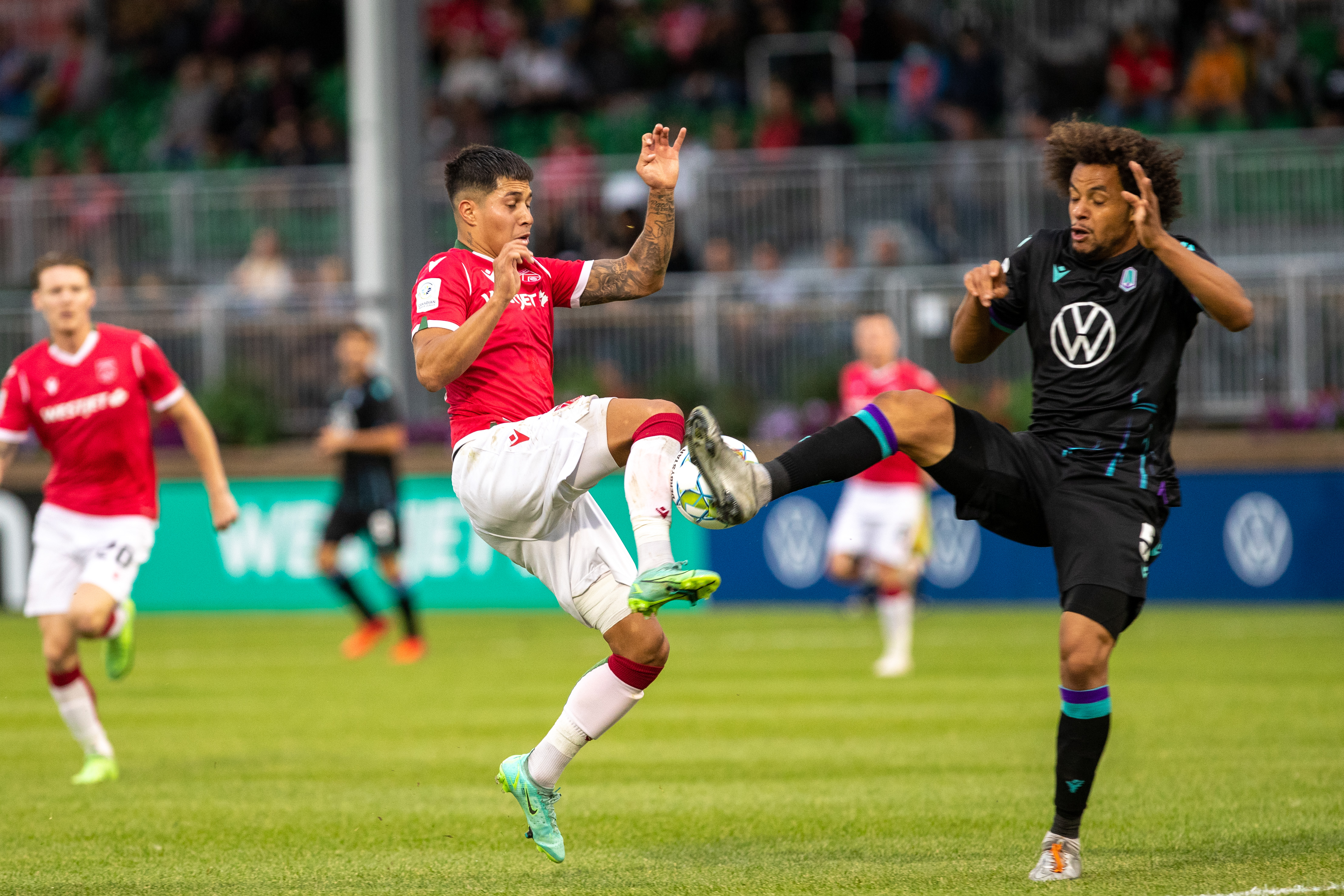 Nine days after their last matchup in Calgary, Pacific FC host Cavalry FC at Starlight Stadium for a top-of-the-table clash on Friday night.

The Tridents are coming off a comprehensive 2-0 win over Valour FC on Monday, where goals from Alejandro Diaz and Terran Campbell saw them leave IG Field in Winnipeg with all three points. A strong defensive showing and clinical passing in midfield from Manny Aparicio were among the things that saw them become the first team to hit the 25-point milestone this season.

Cavalry, meanwhile, were last in action in the Canadian Championship on Sunday. Away to FC Edmonton, the Cavs sealed their spot in the next round with a 2-0 victory over The Eddies thanks to a pair of newcomers — Joe Mason and Ben Fisk. They scored once in either half — the 31st and 62nd minutes, respectively — en route to the quarterfinals. If Pacific FC beat MLS side Vancouver Whitecaps in their Preliminary Round tie, they’ll take on Cavalry in mid-September. If the Whitecaps prevail, Cavalry will have a chance to face the team they famously knocked out of the 2019 edition of this tournament in their inaugural season.

This will be the third matchup of the season between the two sides, last playing to a 0-0 draw nine days ago at ATCO Field. They also met in their first match of the season in home markets, which Pacific FC won 2-0 at Starlight Stadium after goals from Marco Bustos and Gianni dos Santos on July 30th.

They’ll also meet at least three more times in CPL action, plus a possible Canadian Championship tie. These two sides also seem to be well on track to make the playoffs, and a match at the business-end of the season would be must-watch.

Friday’s match will be Pacific’s 14th of the season as they officially reach the midway point of the season. They sit in first place with a 7-4-2 record and 25 points, four points more than Cavalry in second place (6-3-3).

“When you talk about Cavalry, you talk about a team that has been a flagship — together with Forge — since the beginning of the league. It’s a team that I enjoy the matchups with, it’s two good teams that are fighting for points, and we are first and second. I’m anticipating a great game.” — Pacific FC head coach Pa-Modou Kah

“They’re the best team in the league right now, I always say ‘the league table never lies’. We’ve been in that position before, and it’s hard to maintain that top spot for a long duration. We’ve got six opportunities against them, and this is just another great game to pit our wit against them.” — Cavalry FC head coach Tommy Wheeldon Jr