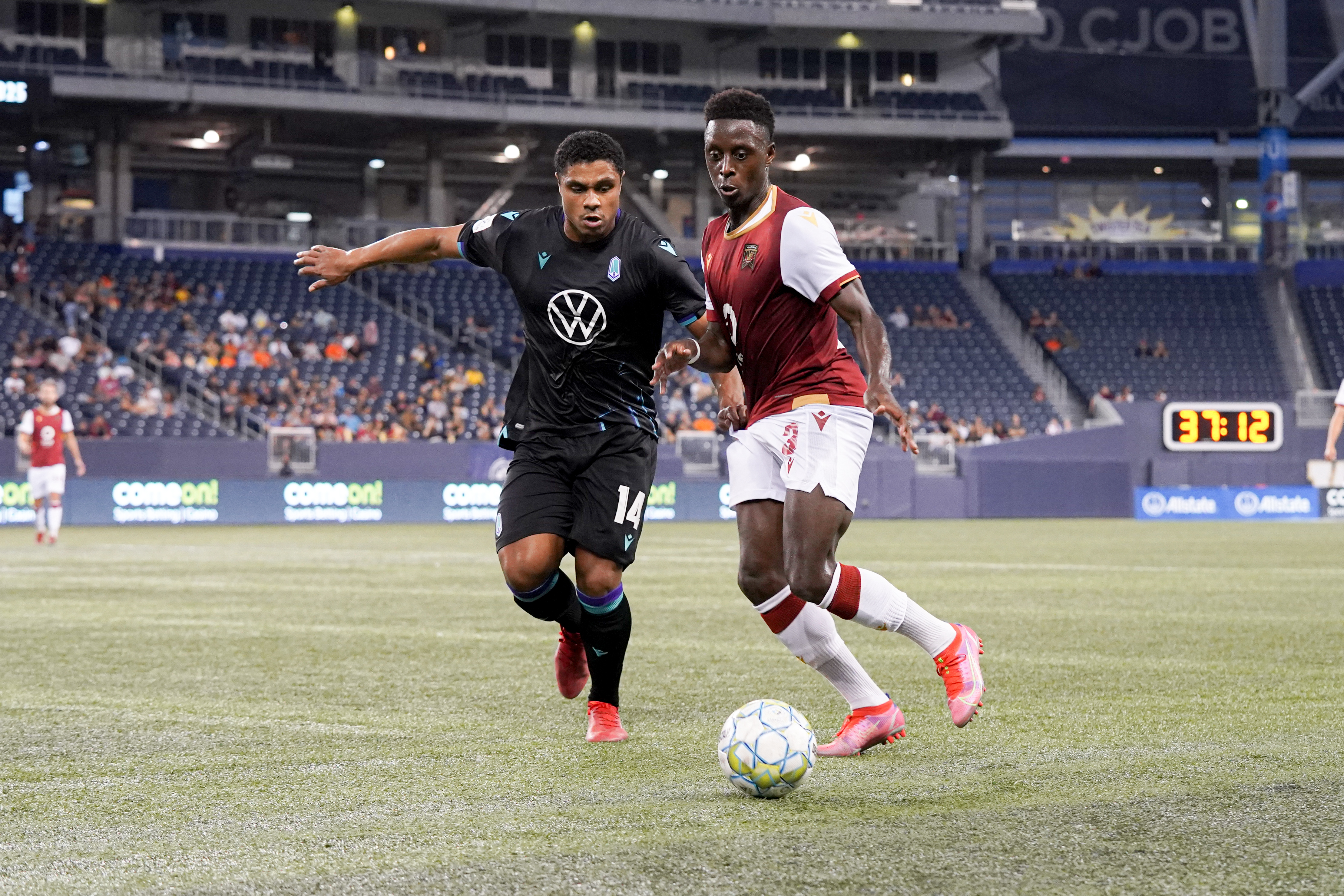 More Canadian Premier League action continues out west as Pacific FC take on Valour FC for the fourth time this season at Starlight Stadium in the ComeOn! Match of the Week.

After a stretch of four games on the road and a trip to Alberta in the Canadian Championship, Pacific finally return to Victoria in hopes of getting back to their best. The club has earned only four points over their last five league games (W1, D1, L3) with their last win ironically coming against their upcoming opponents.

Despite losing back to back games for the first time this season, coach Pa-Modou Kah still has “full confidence” his squad can turn things around. “We have high standards of ourselves so one thing we don’t want to do is lose two games in a row, that’s part of our model, but sometimes it happens,” he said. “All I know is this squad is a resilient squad and they’re going to bounce back with a great team performance and a response. That’s the only thing, myself, as coach, looks forward to.”

The visitors, meanwhile, are coming off a strong run of performances at home and look to continue their success on the road against a team that has remained near the top of the standings. Since coach Phillip dos Santos joined in September, Valour have finally found their groove. They have one win, two draws and two losses over their last five games – which signals a significant development.

“We’re confident, I think that the last two or three matches were good performances for us,” said Dos Santos. “It helped the team with confidence and players are focused on what the task is.”

Additionally, Dos Santos stressed that despite Pacific’s poor run, Valour must remain cautious against their upcoming opponents. “They’re coming out of two losses, and they’re playing at home, they’re going to want to respond, to want to come out strong. So it is one more reason for us to understand the importance of entering the game well.”

In terms of squad updates, Kah did not give a solid answer as to whether Marco Bustos will return for Pacific emphasizing things are still touch and go. Dos Santos, meanwhile, confirmed Valour will be without Arnold Bouka Moutou (on leave) in addition to Andy Baquero (disciplinary).

Pacific are currently in second in the table (one point behind league leaders Cavalry) while Valour find themselves on the edge of playoff qualification in sixth place with 28 points.

“We need our fans to come back in and bring the loud noise that we had against the Whitecaps, [that] will be great. The people that have been showing up to Starlight Stadium have been fantastic, so now I’m pleading them to bring it even more … We want home-field advantage so we’re going to need all the support that we can get starting off tomorrow” — Pacific FC coach Pa-Modou Kah

“There’s a lot of parody in this league and I feel that if you approach a game where you start feeding on latest results from the opposition, you might be getting in the wrong direction. I want to see [the game] as you’re coming on the road to play against the team that’s leading the championship and that’s going to be difficult.” — Valour FC coach Phillip dos Santos