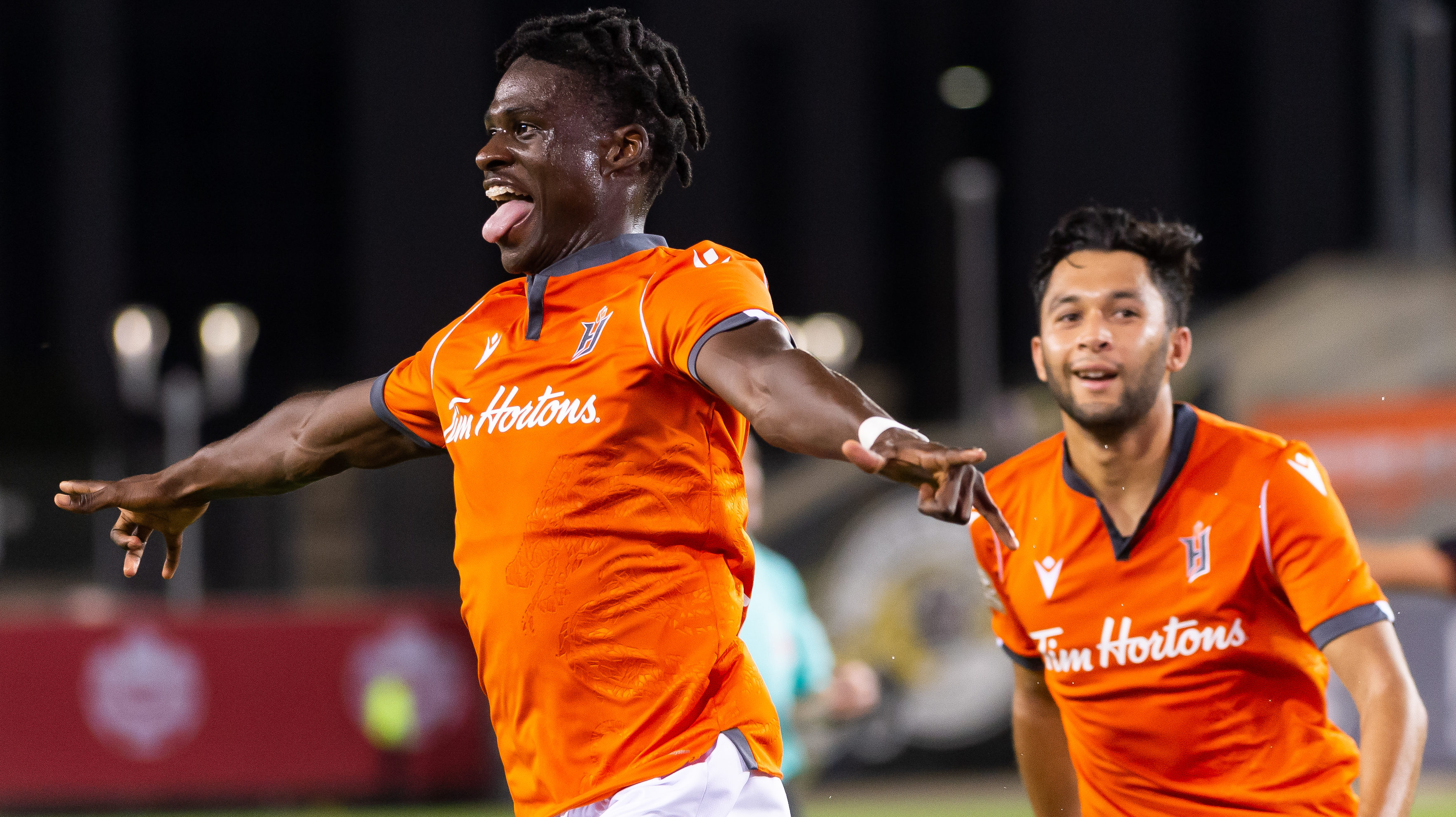 Forge FC are in uncharted waters once again this week, as they head to Costa Rica for the first time ever to continue this year’s Concacaf League adventure. They’ll open this quarterfinal tie in San José against Santos de Guápiles on Wednesday night, hoping to advance to the semifinals of this competition (and qualify for the Concacaf Champions League) for the first time in their history.

The Hamilton club, still juggling three competitions with this alongside the Canadian Championship and Canadian Premier League campaign, have already impressed in the Concacaf League. They got to this round by winning two double-legged ties, first against El Salvador side CD FAS and then against Panamanian outfit Independiente. That preliminary round battle in San Salvador was a memorable one, with Forge winning 5-3 on aggregate despite playing both legs away from home in stormy (and occasionally lightning-delayed) conditions.

The round of 16 was similarly eventful, with Forge needing to pull out a gutsy 2-0 win in Panama City after a scoreless draw at home the week before. That particular victory was not without cost, though, with Mo Babouli’s controversial red card just before halftime meaning he’s suspended for this first leg. Babouli has two goals in this competition this year, so that’ll be a serious blow to their attack.

Nonetheless, Forge enter Costa Rica with plenty of confidence. They sit third in the CPL, just two points off the top, and they’ve won four of their last five — including a 2-0 triumph over Atlético Ottawa on Saturday afternoon.

Santos, meanwhile — a 60-year-old club from the Limón region of Costa Rica — are also in decent form. They’re currently second in their domestic league’s Apertura season, and they won 3-1 on the road against eighth-place Guanacasteca on Sunday. They qualified for this competition as the third Costa Rican team, being the side with the best record from the 2021 Clausura campaign aside from champions Saprissa.

Like Forge, Santos entered this tournament in the preliminary round, where they trounced Belizean club Verdes 6-1 on aggregate. In the round of 16, they played Plaza Amador of Panama, and they sailed through again, keeping two clean sheets in a 3-0 aggregate victory.

This is the Costa Rican side’s third appearance in the Concacaf League. In 2018, they went out in the preliminary round, losing on penalties to Jamaican club Portmore United. The year before that, though, Santos went all the way to the final of the competition, where they lost in heartbreaking fashion to CD Olimpia of Honduras — again on penalty kicks.

With the away goals rule in place, Forge will be very keen on putting one or two in the back of the net in this first leg before they return home for the return fixture. This match will be played at Costa Rica’s national stadium, rather than Santos’ home ground Estadio Ebal Rodríguez, likely due to Concacaf regulations on facility conditions; Forge coach Bobby Smyrniotis said after his side’s training session on Tuesday that the pitch quality is among the best his side has played on over the years. The current forecast in San José is calling for thunderstorms and humidity on Wednesday — not necessarily welcome news to Forge, nor to OneSoccer’s Adam Jenkins, but also nothing the Hammers haven’t dealt with successfully before.