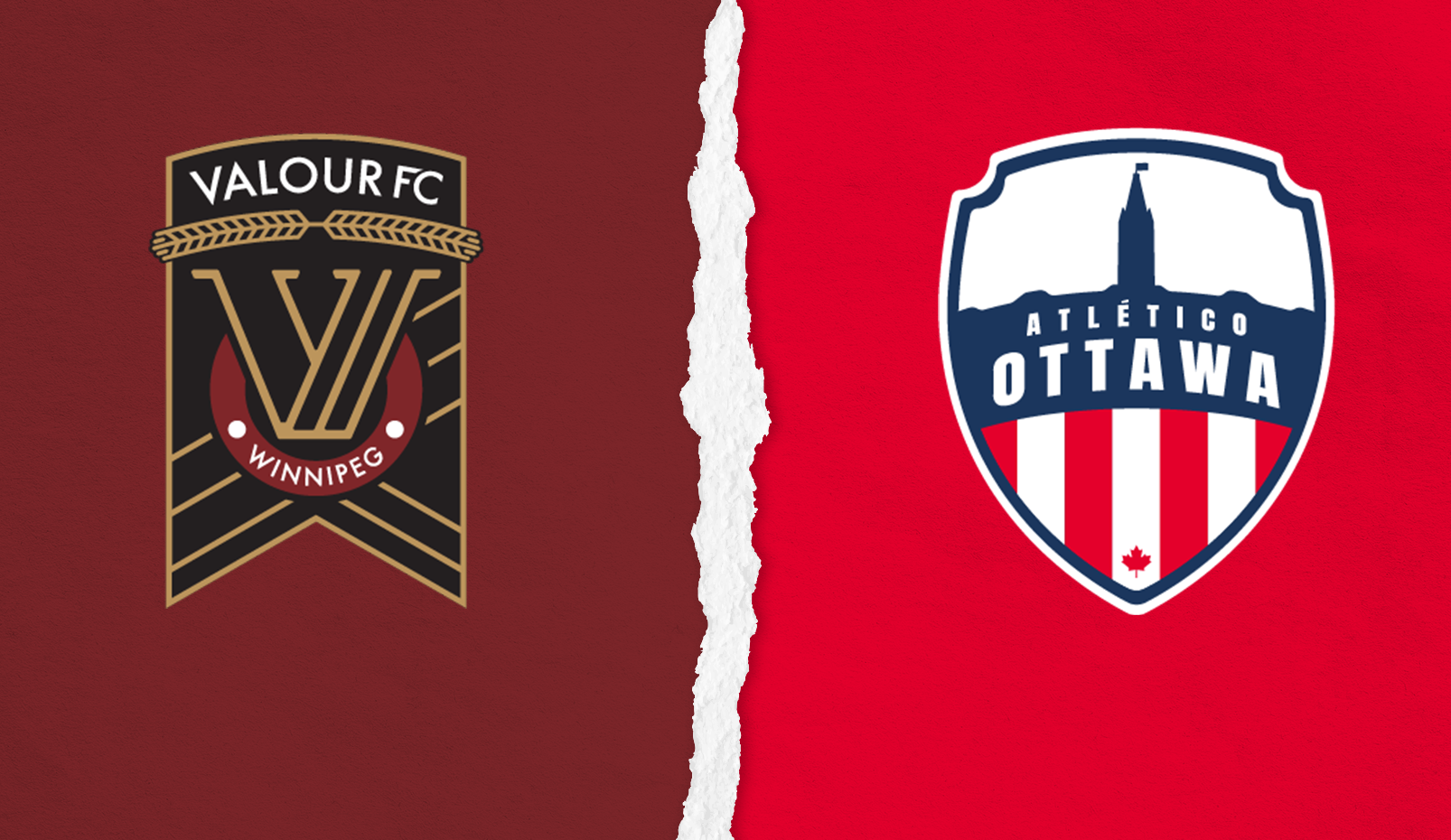 In a league as closely contested as the Canadian Premier League, few matchweeks go by without a surprising result. But perhaps no result was more shocking than Valour FC’s 6-1 drubbing of Atlético Ottawa back in late April.

It will be that embarrassment that Ottawa tries to avenge as they visit Winnipeg on Wednesday in a midweek clash between two sides currently in third and fourth place in the Canadian Premier League standings.

What made that result even more of an anomaly is it is one of only a pair of times this season that Atlético has allowed their opponent to score more than a single goal. They have the second-worst goals-against total in the entire league,  but taking the Valour game out of the equation, they have allowed just five in their other six matches.

“It was an unusual match,” said Atlético Ottawa head coach González of the loss to Valour, “I think that they did the perfect game, and we did a terrible game. The reality is that the team is showing another face in the games that we have played [since]. I trust the team and I’m sure that tomorrow will be a good game and we are going to play with a different image than the first game.”

With 11 and nine points respectively through their first seven games, both Atlético Ottawa and Valour have arguably been the league’s two most improved sides to start the season.

Ottawa in particular has taken great strides. They are coming off of their first away victory of the season, 2-1 over FC Edmonton, accumulating their aforementioned 11th point. It took Ottawa until August 18, a full twelve matches, before they managed to pick up 11 points last season.

Valour, on the other hand, will be looking to continue their dominant stretch against Atleti. They have won four of five meetings since the inaugural match between these two sides, where Valour beat Ottawa 4-0 during the Island Games. The Winnipeg side also eliminated Ottawa from last year’s Canadian Championship.

Speaking of the Canadian Championship, both sides were eliminated in the preliminary round meaning neither played midweek. In fact, Ottawa hasn’t played since May 22, giving them plenty of time to prepare for this matchup.

Valour is coming off a draw 2-2 against the league leaders, Pacific, one that was a bit disappointing having gone up 2-0 in the first half. This match against Ottawa kicks off a stretch of three straight home matches, including a pair this week. They also play Edmonton at home on Sunday, in what could be a critical run of games for their season.

“We played five of the seven games we’ve had so far on the road, and we were able to still accumulate points,” said Valour coach Phillip Dos Santos. “We know that that only matters if we are able to take care of business at home.”

“We want to find consistency at home and make sure that we can come out of this stretch with the maximum points we can get.”