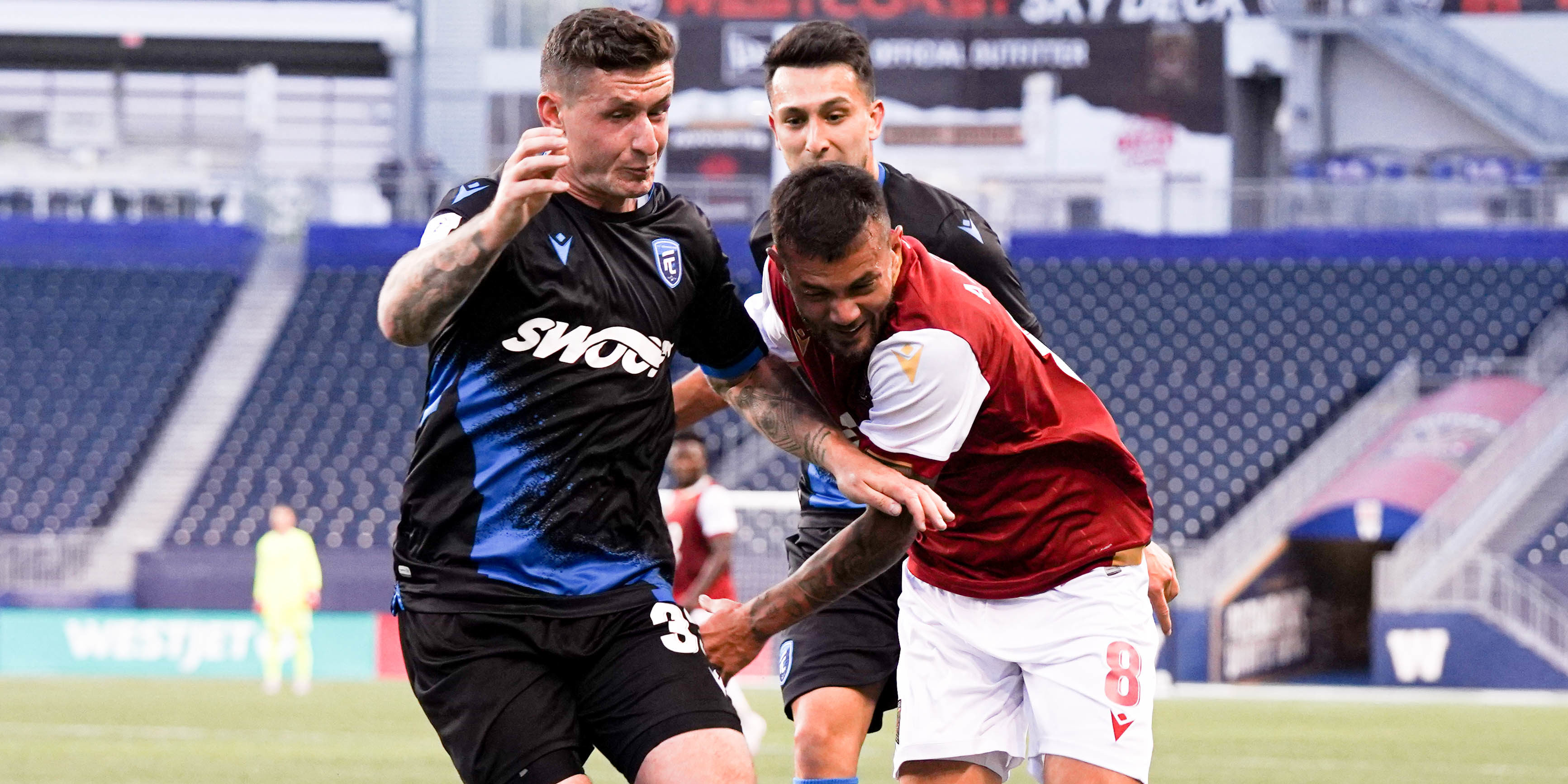 There’s just one Canadian Premier League match this Saturday, but Valour FC and FC Edmonton will expect to provide full entertainment value as they clash for the fifth time in 2021 this weekend, both hoping to put a run of disappointing results behind them.

The visiting Eddies, led by coach Alan Koch, sit seventh in the CPL standings with 20 games played. They’re 4-6-10, with 18 points to put them five back of sixth place. Despite some very positive performances in recent outings, Edmonton are winless in their last three games, with two consecutive defeats carrying them into this game. They took on Al Classico rivals Cavalry FC on Wednesday night, and they nearly came out with an impressive result by equalizing in the second half after going down 2-0, but the Cavs scored a late winner to break the Eddies’ hearts yet again. Prior to that, they held firm on the road against HFX Wanderers FC but fell 1-0.

Valour also enter this match having lost two in a row, falling 3-1 at home to Pacific on Wednesday evening. They’re winless in six, with Valour’s most recent victory coming on August 24 against Edmonton. With this frustrating run of results, the Winnipeg side has fallen to sixth in the league table with a 7-2-11 record (1-2-9 since leaving the Kickoff bubble at the end of July), and they’re six points behind York United for the fourth and final playoff spot.

Still looking for the first win of the Phillip Dos Santos era after the new coach took over from Rob Gale just over a week ago, Valour will be very keen on turning their fortunes around and finally getting back into the win column. Unfortunately, they’ll have to do so without leading scorer Austin Ricci, whom Dos Santos confirmed will miss the remainder of the season after undergoing surgery this week.

“Most important for him now is to recover and make sure that he takes care of himself and comes back stronger,” Dos Santos said. “It adds to the challenge for us, but also gives the opportunity for others to step up, and that’s what we want to see.”

Matches between these two sides have, more often than not, been high-tempo affairs this season, with three out of four of them seeing one of the two sides score three goals. Edmonton won their last meeting 3-0 at IG Field, but Valour beat the Eddies by the same scoreline just a couple weeks before. Edmonton also won the first of this matchup in 2021, 3-1, and the fourth contest was a 0-0 draw at Clarke Stadium.

Edmonton will have a little added help for this game in the form of Prince Amanda, who has returned to the squad after playing for the Eddies in both 2019 and 2020 at the CPL level. Amanda signed a new deal with the club this week to help them see out the 2021 season.

This won’t be the first time Koch and Dos Santos have coached against each other — they were combatants at the USL level while Koch was with FC Cincinnati and Dos Santos was with Indy Eleven, and then again in MLS once Dos Santos moved to the Vancouver Whitecaps and Koch’s Cincy side moved up to the top flight.

“It’s interesting because I remember Edmonton and their identity in the old NASL, I coached against them many times,” Dos Santos added. “They always seem to have the same type of threats, a team that is dangerous on set plays, a team that looks a lot to play through the balls and be very pragmatic in putting balls in the box. So it looks like I’m looking at an FC Edmonton of old, I know these teams are difficult and dangerous to play against… I know Alan, I know the coaching staff, I think they understand the importance for them of this game as well and they understand they’re coming into a road game so I think it’s a team that’s going to be pragmatic and trying to be efficient.”

“Every game for us needs to be a must-win game. No matter where you are in the standings, you need to try and build the mentality, because if not you’re just going to accept that some games are meant to be won and others are meant to be lost… I want the players to realize that playing to win, and having the sense that winning is mandatory is something that this club goes about.” — Valour FC coach Phillip Dos Santos

“They’re looking for a bump, and I think you could see it the other night some of their players were flying all over the place… I’m sure Phil and his group are going to come to the game and give everything they can tomorrow just like we are, and just like we need to. To put your own imprint on things takes time.” — FC Edmonton coach Alan Koch