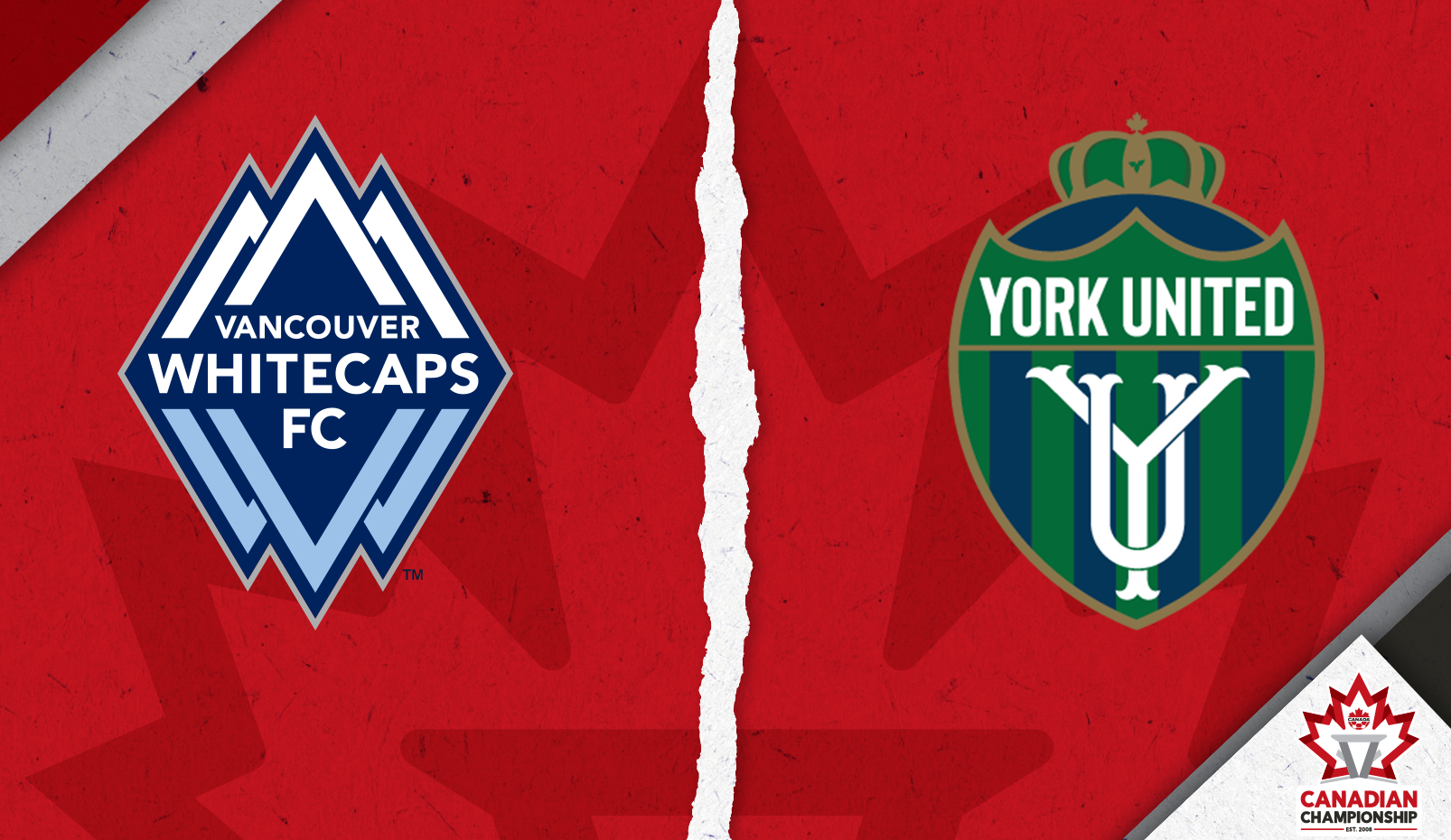 York United’s historic run through the 2022 Canadian Championship continues Wednesday night as they head to BC Place to do battle with the Vancouver Whitecaps for a place in the final.

This semifinal against a Major League Soccer side is surely one of the biggest matches York have played, as they become the first CPL team to take on all three Canadian MLS clubs. Having lost in 2019 to Montréal (then known as the Impact), and then last year to Toronto FC, the Nine Stripes are hoping the third time will be the charm for them, as they vie for a chance to hoist the Voyageurs’ Cup.

Head coach Martin Nash, himself a former Whitecap with 188 games played for Vancouver in the pre-MLS era (and brother of the club’s part-owner Steve), leads York United into the club’s fourth game against an MLS team — but their first with him in charge. Nash was an assistant coach with Cavalry FC in 2019 when they beat the Whitecaps at BC Place in this competition, so he (along with Cavalry-turned-York players Dominick Zator, Niko Giantsopoulos, and Oliver Minatel, as well as assistant coach Mauro Eustáquio) has fond memories of his last visit to the future FIFA World Cup venue.

York’s run to this point in the Canadian Championship has been a memorable one. In the preliminary round, they beat Atlético Ottawa at TD Place on penalty kicks, after a 1-1 score through 90 minutes. A few weeks later, in the quarterfinals, York again needed a shootout to get by Pacific FC at the end of a 2-2 match where the host Tridents scored a last-second equalizer. Nonetheless, York have earned their spot here in the semifinal after two hotly-contested ties, having triumphed in both of them away from home — and now, again, forced to play on the road in Vancouver.

In league play, it hasn’t been the smoothest of sailing for York recently. In fact, the two goals they scored at Pacific in the quarterfinal are the only two they’ve managed in their last seven games, having been held scoreless in six consecutive CPL matches. Still, they’ve managed to draw three of those games 0-0. As it stands, they’re sixth in the eight-team league table with two wins, five draws, and four losses, and they’ve both scored and conceded the fewest goals in the league this year.

“It’s gonna be easy for our guys to get up for this game,” Nash said Tuesday. “They’re gonna want to show the ability that they do have, and it’ll be a great test for them.”

The Whitecaps, like York, got to the semifinal by defeating a pair of CPL teams — unlike the other two Canadian MLS sides, they did not have a bye past the preliminary round because of their quarterfinal defeat to Pacific FC in 2021. In their first tie, Vancouver hosted Valour FC and got past them fairly comfortably with a 2-0 win. The quarterfinal, though, was a little less smooth; they went to Spruce Meadows to play Cavalry FC, and they needed an 85th-minute equalizer and a penalty shootout to get past the Calgary side.

Vanni Sartini’s ‘Caps have had an up-and-down first few months of the MLS season, and they sit in eight place of the Western Conference through 16 games with a 6-2-8 record and 20 points. Recently, though, they’ve turned things around somewhat, winning three of their last four MLS games — including a 2-0 away win over FC Dallas on Saturday.

The Voyageurs’ Cup has been an elusive prize over the years for the Whitecaps, who have only won it once in their history — back in 2015. They’ve been runners-up a further five times, but their last appearance in the final was in 2018, when Alphonso Davies and co. fell 7-2 to Toronto FC on aggregate. Coach Sartini said on Tuesday that this will be his side’s most important game of the year so far, in case anyone was wondering whether it’ll matter to the Whitecaps.

“We know that we’re the favourite again because we’re playing against a CPL team,” Sartini added. “But we saw in Calgary how hard it is to beat a CPL team sometimes, so we need to do the same job we did against Valour here at home, try to really dominate the game from the start and hopefully don’t give them any little chance.”

He also indicated an intent to play a very attacking lineup against York, with striker and an aggressive number 10 as well as attacking wingbacks, seeking to break down a very stingy defence.

A spot in the 2022 final thus awaits the winner of this tie — who would also have the right to host said final, thanks to the way the draw worked out. As the Whitecaps seek to stymie York and get their hands on the Voyageurs’ Cup, the Nine Stripes will be keen to find their scoring form and become the first CPL side to win a Canadian Championship semifinal.

First meeting between these sides.

“If we win, we go to a final, and going to a final is always important, trying to win a trophy. We are not Real Madrid that we win a trophy every year; when there’s the possibility to win something, that’s the reason why it’s so important. It’s the most important game of the year so far.” — Vancouver Whitecaps FC head coach Vanni Sartini

“It’s gonna be a tough game. I expect them to have a lot of the ball, and we’re gonna have to work hard and stay organized, pick and choose our moments. It’s not gonna be an easy task, but we’ve got a bunch of players in this group that just give you everything. When a team works as hard as we do and the players give you everything, you’ve always got a chance.” — York United head coach Martin Nash