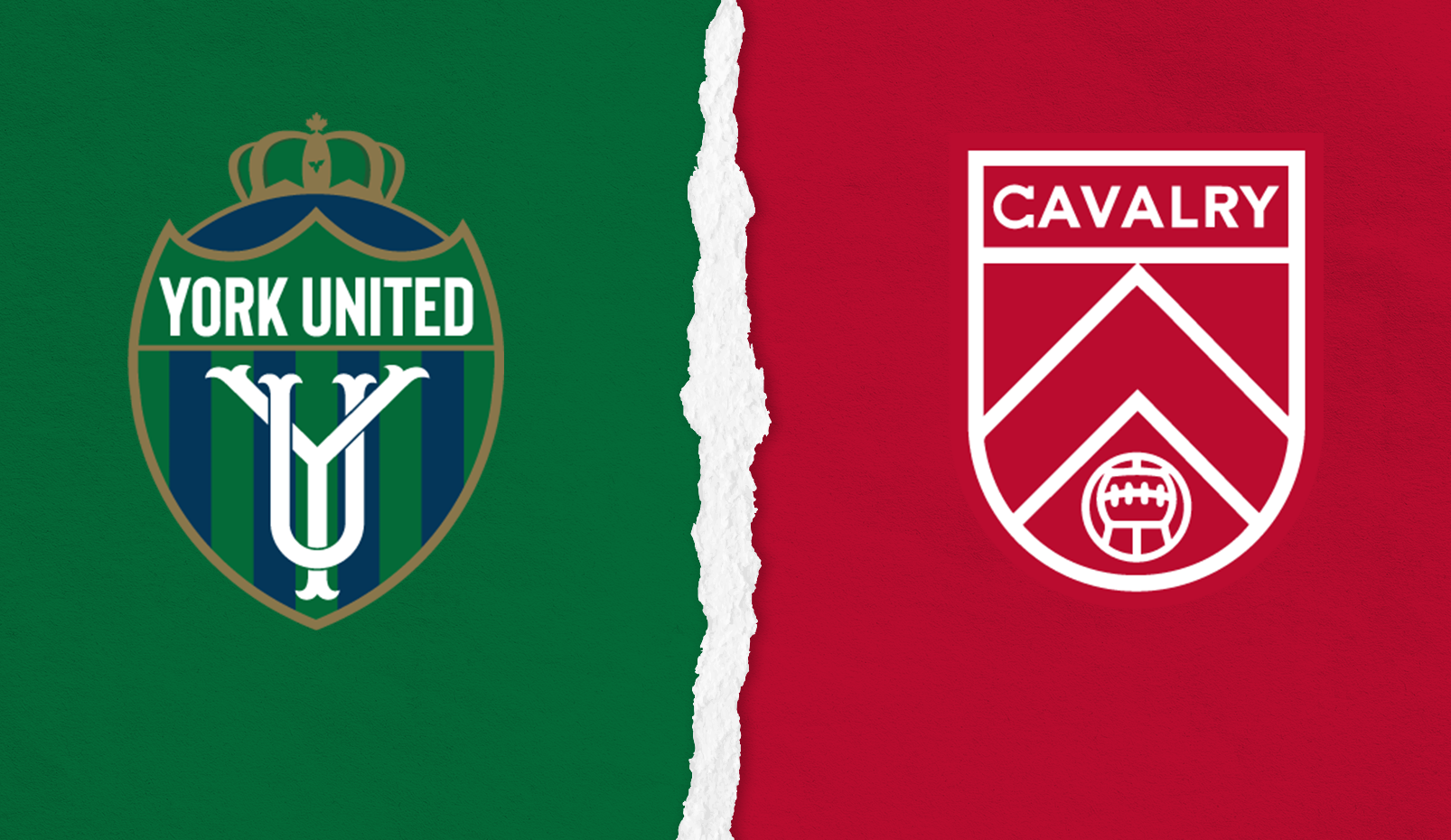 Old friends will be reunited as rivals on Friday as the CPL’s third matchweek kicks off with York United hosting Cavalry FC at York Lions Stadium.

This contest will be York coach Martin Nash’s first meeting with Cavalry, the club for which he was an assistant coach the past three years, since taking over as boss of the Nine Stripes this past winter. He’ll go toe-to-toe with his former colleague Tommy Wheeldon Jr., with whom Nash worked in Calgary for many years before striking out on his own.

“Martin is one of my favourite football people,” Wheeldon said of Nash on Thursday. “I just think he’s a gentleman of the game and one of the most honest and integral guys, we’ve got a great relationship. This was all a planned thing, you want to see people like him that work with you get to leave on their own. That’s the best way to pay it forward and help this game get better.”

However, he added: “I’m delighted that he’s there, but I’ve been stone cold with him this week. I won’t speak to him, and he’s the same with me because now it’s go time, this is professional sports and we want to win.”

Nash responded with a similar quip: “I talked to him last week funny enough, but this week there’s no contact. I’ll give him a hug after the game. We’re both competitors and both want to win, so we’ll do what we can to win and then after the game’s over we’ll have a hug and go for a beer and chat.”

York enter this game, their second home match of the 2022 season, looking for their first win, having opened the year with a 1-0 loss to HFX Wanderers FC and following it with a 1-1 draw last Friday night at FC Edmonton. They were close to securing all three points against the Eddies, with Osaze De Rosario scoring the club’s first goal of the year in the 82nd minute of that game, but Masta Kacher’s equalizer two minutes later meant they shared the spoils.

Meanwhile, the Cavs will wrap up their three-game tour of Ontario to begin the season, having already played at the other two clubs in the province. They have an identical record to York so far, with a 1-0 loss to Atlético Ottawa on opening day followed by a thrilling 2-2 draw at Tim Hortons Field with Forge FC last weekend.

These two clubs have traditionally played some feisty contests between each other, going all the way back to the match to their heated affair in 2019 that saw the Cavs go down to nine men and still take the lead, only for York to equalize in the 96th minute.

York and Cavalry played each other three times in 2021, the first two of which came in the Winnipeg bubble that opened the season (one of them a 2-1 Cavs triumph, the other a 0-0 draw). In their lone meeting in front of fans last season at Calgary’s ATCO Field, York’s Isaiah Johnston put the visitors up in the fifth minute shortly before Sergio Camargo equalized, and the Cavs went on to win — despite a red card just before halftime — thanks to an 80th-minute own goal.

Both sides have had their share of injury troubles to start the season. Cavalry are, of course, missing four players with long-term injuries (Tom Field, Joe Di Chiara, Anthony Novak, and Tyson Farago), but other than that they’re fairly healthy now — save for Sergio Camargo, who suffered an injury in warmup last weekend. York saw Max Ferrari make his season debut in the second half against Edmonton, which was a welcome sign, though Michael Petrasso now seems to be dealing with a knock. The Nine Stripes also remain without Mateo Hernández, as the Argentine serves his second of a four-match suspension, and Lowell Wright, who’s with the Canadian U-20 team in Costa Rica.

York also added to their squad on Thursday, signing striker Austin Ricci, who could contribute to the club’s attack in the immediate future.

“You can’t let them dictate the tempo of the game. If you do that, they’re a pretty dangerous side, and they’re pretty patient too at times. We have to limit the time and space of their attacking players… We want to be tight, compact defensively. And then in attack we’ve got to get down the flanks and use our speed with Abzi and guys like that.”— York United head coach Martin Nash

“All games shouldn’t be easy, I think that’s the way we approach it. It’s an interesting word, ‘tough’ or ‘challenge’; every game should have that because we have a balanced parity league… Right now we’re kind of in a rhythm, so we’re getting better incrementally. We had a good performance against Ottawa, didn’t get the result, we had a very good performance against Forge, and now we want to put a great performance out against York.” — Cavalry FC head coach Tommy Wheeldon Jr.