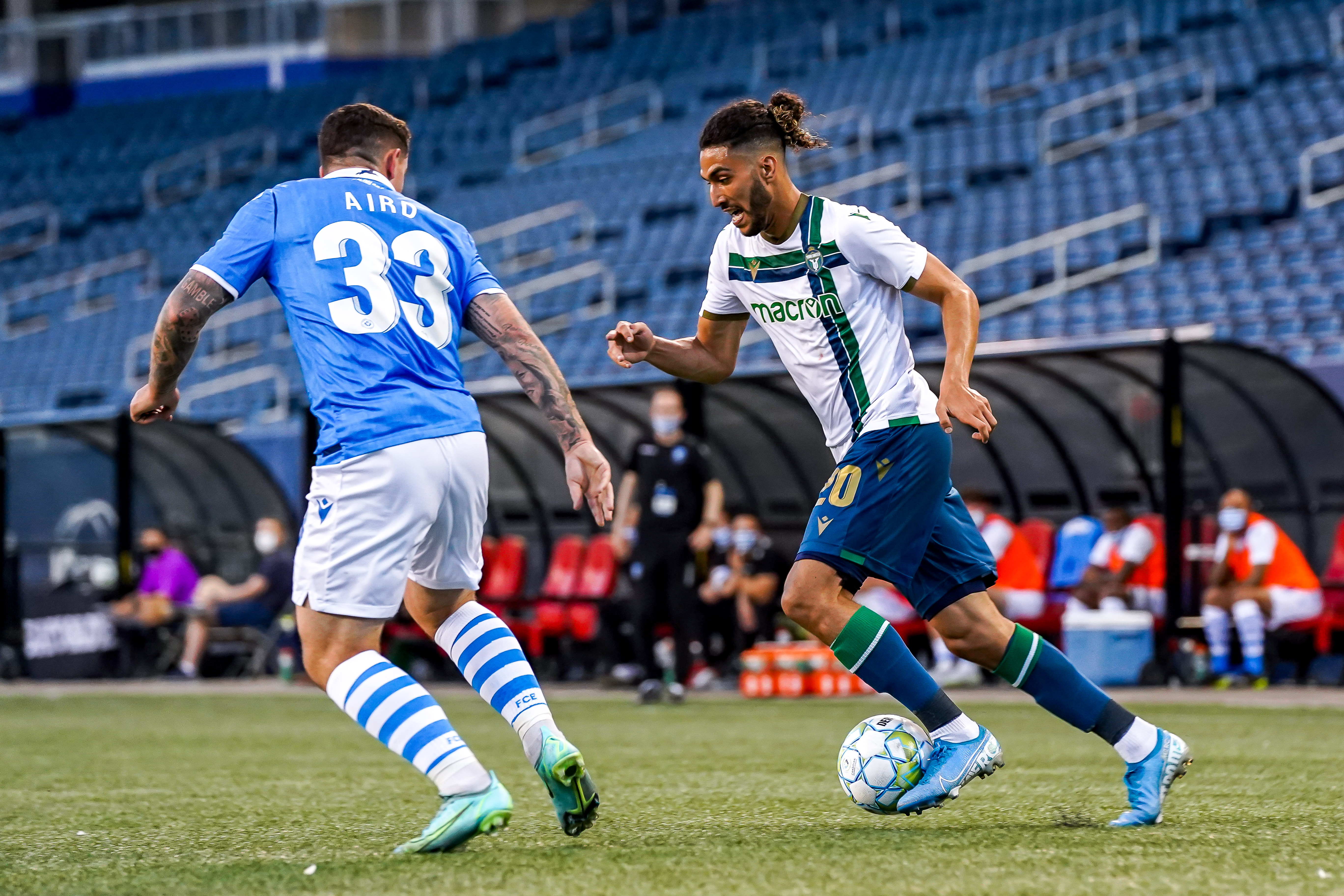 FC Edmonton make their final trip east of the season on Sunday, travelling to Toronto to take on York United.

Meeting twice during The Kickoff at the start of the season, this will be the third and final meeting between the two sides in 2021.

The first one ended in a 1-1 draw, with Fraser Aird and Michael Petrasso scoring the goals. Aird’s goal was a likely goal-of-the-season nominee, firing a shot into the top left corner from outside the penalty area. Easton Ongaro had a chance to win the match for Edmonton from the penalty spot in the final moments of the match, but failed to score it and they ended up sharing the points.

Fraser Aird 🍁 with a 🚀 scored his 1st goal for the Eddies on Sunday night! pic.twitter.com/8mP3N0eHcU

A few weeks later, Isaiah Johnston scored the lone goal in a 1-0 win for The Nine Stripes. Getting himself on the end of a cross from Max Ferrari, Johnston scored with an impressive volley with the outside of his foot — his first professional goal, and the winning goal in that match.

York have never lost to FC Edmonton in CPL action, but the Eddies won the second leg of a Canadian Championship tie between the two sides in 2019 (which was won 3-2 on aggregate by York).

The result of this match could have big implications on the playoff race, with York United sitting one point out of a playoff spot, and fourth-placed HFX Wanderers playing later in the day against Cavalry. While the playoffs are out of reach for The Eddies, they’ll also be hungry for a win, as they look to continue to grow as a team, and prepare for the 2022 season.

“There are no easy games, every game in this league is competitive. As you can see, everybody beats everybody. They had an unlucky result the other night against Ottawa, and I think they’re a decent footballing side. On paper they’ve got some very good players, I think they’ve been unlucky in some games, and I expect them to come here and play well and try to get something. We’re at home and we’ve got to make it very difficult. We know what’s at stake for us, and we’ve got to make sure we’re on the front foot in this match, and we dictate what’s going to happen.” — York United head coach Jimmy Brennan

“They’re a team fighting for their lives in terms of making the postseason, but we’re also a team that’s fighting for our lives to continue this progression and make some decisions. We’re excited to embrace the challenge, every game you play is meaningful — this has a lot of extra meaning for them, but it also has a lot of extra meaning for us too.” — FC Edmonton head coach Alan Koch