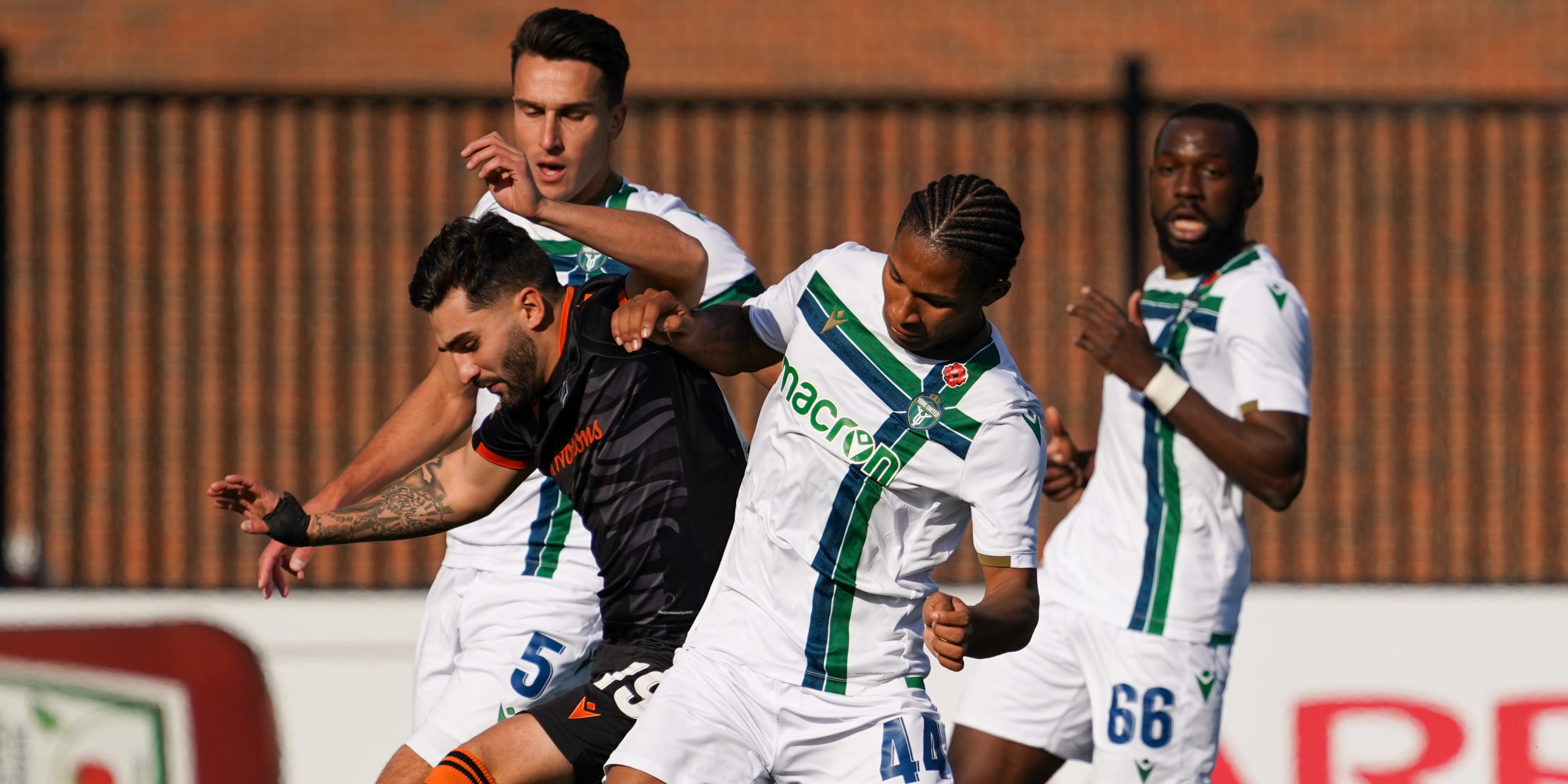 York United will have one last opportunity to fine-tune their form this week ahead of the playoffs, as they play host to 905 Derby rivals Forge FC for the second time in four days on Tuesday night in the final game they’ll play at York Lions Stadium in 2021.

Jimmy Brennan’s Nine Stripes clinched the fourth and final spot in the CPL Playoffs over the weekend with a little help from FC Edmonton and Atlético Ottawa, who managed a draw with Valour FC and HFX Wanderers FC, respectively. So, even though York lost 2-1 to Forge at home on Saturday, their fate in the postseason is secure with a game to spare. With this being their last game of the regular season, York have one final chance to prepare before the semifinal match coming in a week and a half.

“It was very difficult throughout the season, but we had a goal, and it was to make it into the playoffs,” Brennan told media this week. “The players bought into what we wanted to do, and we rode them hard throughout the season. We kept on saying, be difficult to beat and pick up points — as many points as you can, you just can’t drop any and walk away from games with nothing. Full credit to them, they work, they listen to the way we wanted to play. Towards the end there they’ve become an exciting team to watch, these young guys. They’re starting to gain loads of confidence.”

For Forge, this game actually does have some tangible implications. They still haven’t secured first place in the CPL, currently level on points with Cavalry FC at the top with 47. A victory against York here would clinch it for them, since Cavalry (with just one game left to play — Nov. 16 against Forge) can’t pass the Hammers on the first tiebreaker of wins. With three games left on the schedule, Forge need three points to lock it up and ensure they’ll have home field advantage throughout the playoffs.

“We control our own destiny, we control what we can do,” coach Bobby Smyrniotis said Monday. “We’ve got to go out there and put in that effort, and the sooner we can do that, it’s better for the team, it’s better in preparation for what you’re doing going forward.”

That meeting between these two sides on Saturday was a close one, where York put themselves in front thanks to Diyaeddine Abzi’s goal in the first half, but Forge regrouped and went on to score twice (courtesy of Woobens Pacius and David Choinière) in the second half to claim all three points. This will be the sixth meeting between York and Forge in the 2021 season, and so far the Hamilton side have the upper hand, with three wins and two losses. So, the Nine Stripes will be quite keen on evening the score heading into the playoffs.

“You’re facing somebody who’s very good in front of us in York; it was a good game this past couple of days ago on Saturday, and we’ve just got to go out there and we’ve got to be better than we were on the weekend.” — Forge FC head coach Bobby Smyrniotis

“We’ve got to keep a high standard. We’ve got to make sure that we have a professional attitude and the right commitment when we step out on the pitch. Any pro game you never take lightly, every pro game you want to win. This is another match that we’ll be stepping on that pitch and we’ll be looking to win, and it could be another opportunity for some other players as well to get in there and get some minutes.” — York United head coach Jimmy Brennan