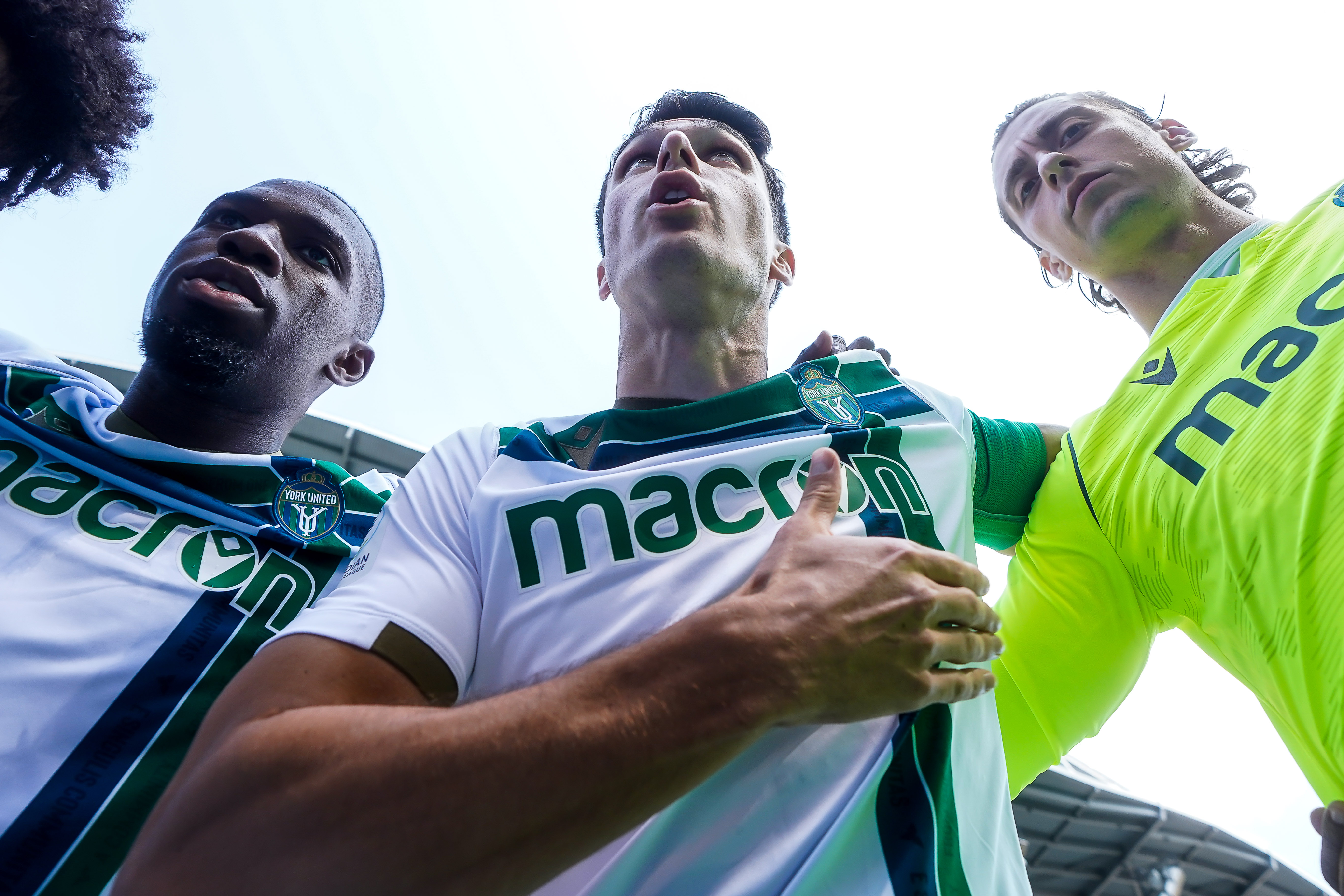 At long last, the CPL is returning to Ontario on Friday, as the league’s first-ever combatants reconvene at York Lions Stadium for the seventh edition of the 905 Derby. York United, playing at home for the first time since October 19, 2019 (and the first time ever after rebranding to United from York9), will host defending champions Forge FC to kick off the next phase of the 2021 season.

Both sides will have left the Winnipeg bubble reasonable happy; York are fifth in the league standings with a 2-3-3 record and nine points, but they completed their time at The Kickoff with a solid 1-0 victory last Saturday over FC Edmonton to head home on a positive note. Forge, meanwhile, are just one spot ahead of their fellow Ontarians in fourth, with a 4-0-4 record and 12 points. Their last contest in the bubble didn’t go quite as well, as they dropped a 2-1 decision to Cavalry FC last Thursday after conceding twice in the first half.

Since returning from the bubble, both clubs have appreciated a slight return to normal routine with training at home. The two teams have dealt with a number of injuries over the past month or so, and a week’s worth of recovery and training has probably done both sides a world of good.

“When you look at the calendar, this is probably the most normal week of training we’ll have all year, and that’s crazy,” said Forge boss Bobby Smyrniotis. “This is probably the longest stretch we’ll get without a game, so it’s just nice to be on the field, and you’re getting four training sessions in before a game, just to give the guys a couple of days off coming from Winnipeg — I thought that was important, not only physically but also just mentally to decompress a little bit, it’s just nice to be back in your surroundings, have a sense of normalcy in doing things.”

Meanwhile, it’s like Christmas Eve for York, who are eagerly anticipating their return to York Lions Stadium, and coach Jimmy Brennan has seen a buzz growing in his team since their return home.

“There’s no better feeling than when you step on that field and you’ve got your home fans that are backing you,” Brennan said Thursday. “They’re chanting, giving that energy within the stadium that you as a player want to take some of that energy and put it into your performance. We’re just really excited to be out there and see our home fans, wearing club jerseys, singing club songs, and supporting the team. It’s been an awful long time coming, so there will be that added energy.”

These clubs haven’t seen each other yet this year, with the most recent 905 Derby coming at the Island Games last season. That contest was a thrilling one, which saw York pull ahead 2-0 before Forge clawed back in the second half, only for Joseph Di Chiara to score from the penalty spot to give the Nine Stripes a 3-2 victory. York has actually won their last two meetings with Forge, dating back to the end of the 2019 season — although the Hamilton club won the three derbies prior to that. Matches between these Ontario rivals have often been close, dating all the way back to their 1-1 draw in the CPL’s inaugural game in 2019.

“York was a team in the first two years that was very possession-oriented, moving the ball around the pitch, and they’ve become a bit more of a counter-attacking team, a team that likes verticality and picking things up and moving as quickly as possible forward… That’s been effective for them. They’ve been very good and they put out a lot of energy in the 90 minutes they’re on the pitch.” — Bobby Smyrniotis, Forge FC head coach

“It’s always a good game when we play Forge. I’ve got a good deal of respect for them, they’re a good footballing side and Bobby’s done ever so well with that… It’s one game on the calendar that we always look at and say this is the one we want to win. ” — Jimmy Brennan, York United head coach