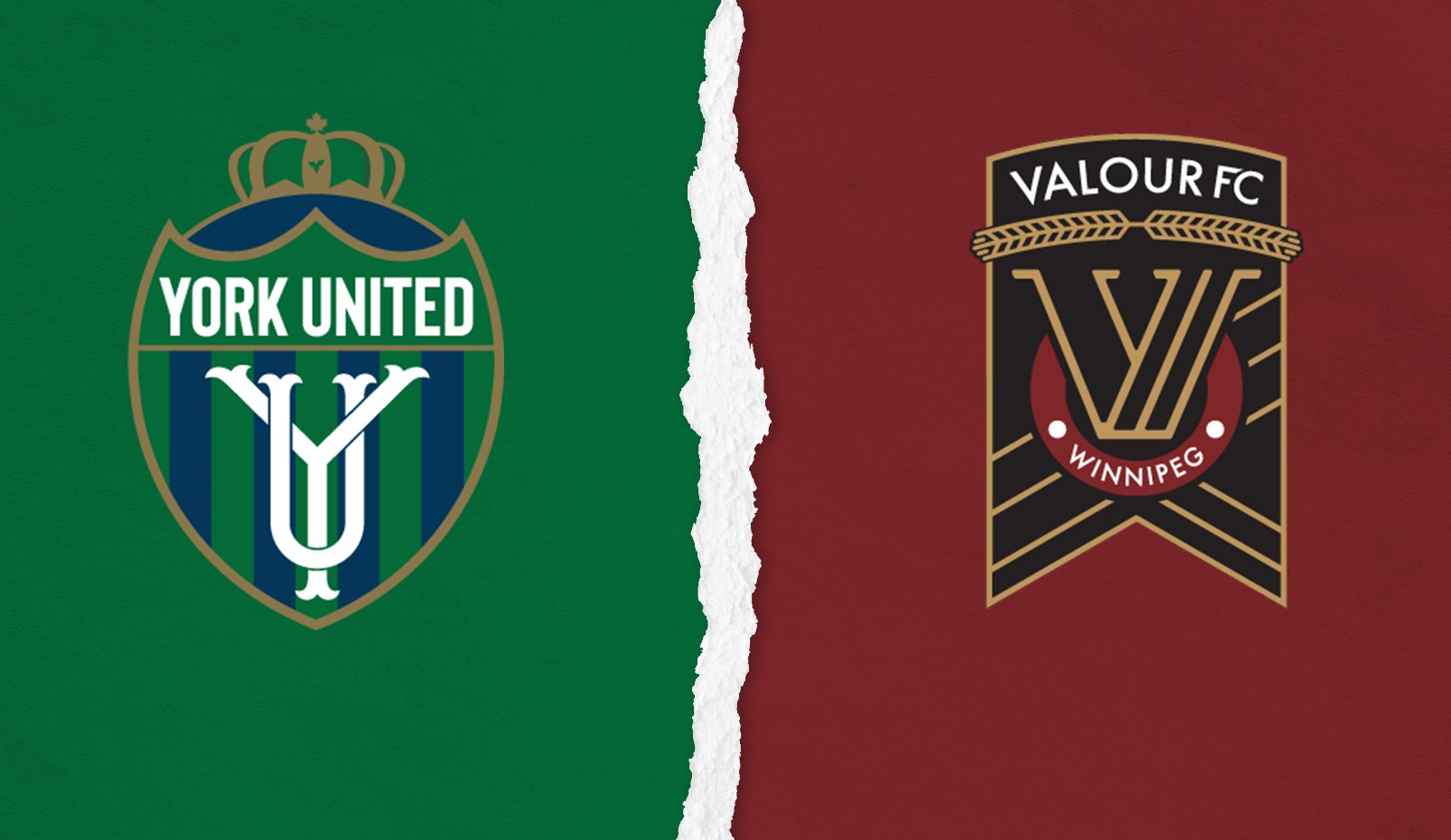 After a weekend without much movement in the Canadian Premier League, it’s set the table nicely for a crucial weekend of action in the league over the next couple of days.

Kicking off that action will be on Friday, when York United hosts Valour FC at York Lions Stadium, the first of four games this weekend.

A game in which York can be officially eliminated from playoff contention should they lose, draw, or if Pacific FC wins on Sunday, while Valour looks to further cement their spot in the top 4 and keep their regular season title hopes alive, there’s undoubtedly a lot at stake for both sides in this one.

As a result, an intense matchup is expected to be on the cards, as the two sides that have picked up the most points over their last five matches get set to do battle.

No more margin for error @yorkutdfc hosts Valour on Friday night needing a win to stay in playoff contention. A draw or a loss in that match, or a Pacific FC win on Sunday would eliminate the Nine Stripes 🟢🔵#CanPL | Remaining Games ⬇️ pic.twitter.com/nE3yLUilfn

To begin, there are the hosts, York, who despite teetering on the edge of playoff elimination for the last few weeks, haven’t let that affect their play, winning six and drawing one of their last 10 games, picking up more points over that stretch (19) than they did over their first 15 matches (11).

Because of that, they’ve quickly become a team that most don’t want to face right now. Having built a nice nucleus of attacking talent up front, led by Osaze De Rosario and Mo Babouli, they’ve done well to put their early-season offensive troubles behind them, while also maintaining the defensive solidity that they became known for in their earlier games.

Therefore, while they’re coming off of a tough result in their last game out, a 0-0 draw at home against the Halifax Wanderers, they’re eager to get back to winning ways once again, maintaining that strong run of form.

“I just want to see a little bit more fight,” York head coach, Martin Nash, said ahead of this match. “I thought we just didn’t want it enough last week. We played well at times, but we just didn’t want it enough, so I just want to see that little bit more fight tomorrow, and I think the guys have trained well this week and are up for it.”

Meanwhile, Valour heads to Ontario looking to build off of a good run of their own, as they’ve lost just two of their last nine games, winning five and drawing two, really helping fuel this push.

Led by a strong team-first approach, one that involves prioritizing defensive responsibility and a balanced offensive system, that’s allowed them to rattle off wins as they have.

If @ValourFootball want to make a first-ever club playoff appearance, they will likely have to earn some big results on the road ✈️

As a result, while they’re also fresh off of a draw, a 1-1 battle with Atlético Ottawa in a game they also probably want back given that they led in the second half, they’ll be looking to conjure up what they’ve shown over the last few months.

“If we want to be in that playoff spot, these are the types of games that we have to go and get the points from,” Valour head coach, Phil Dos Santos said this week. “And hopefully maximize the points, because right now the margin for error is becoming smaller and smaller.”

Either way, one thing is for sure – both teams are in good form, and both teams know how important a win would be, meaning that a competitive clash should be on the cards if all goes as planned.

“Our state of mind recently has been just trying to go for every game that we can. As I’ve been saying for weeks, three points are the only thing we’re going for now, draws don’t really help us, and we threw everything at Halifax at the end of the game last week to try to get that win, but it didn’t come. (Now), I just want to see some progress, for us to keep improving, keep working hard and try and finish as high at the table as possible. And if that’s the playoffs, great, and if it’s not, at least we can hold our heads up high that we give everything we can until the end.” — York United head coach Martin Nash.

“We can score in multiple ways, we can score in possession, in open play, in transition moments, our set plays have always been a threat throughout the year, we had the mandate to win that area of our throughout the season, to score considerably more than we concede. There will be scoring opportunities, and we’ll have a chance to score, and I don’t really care who it is, I just want the players to keep being there first for the team, and then wherever scores we go and celebrate with them.” — Valour FC head coach Phil Dos Santos.