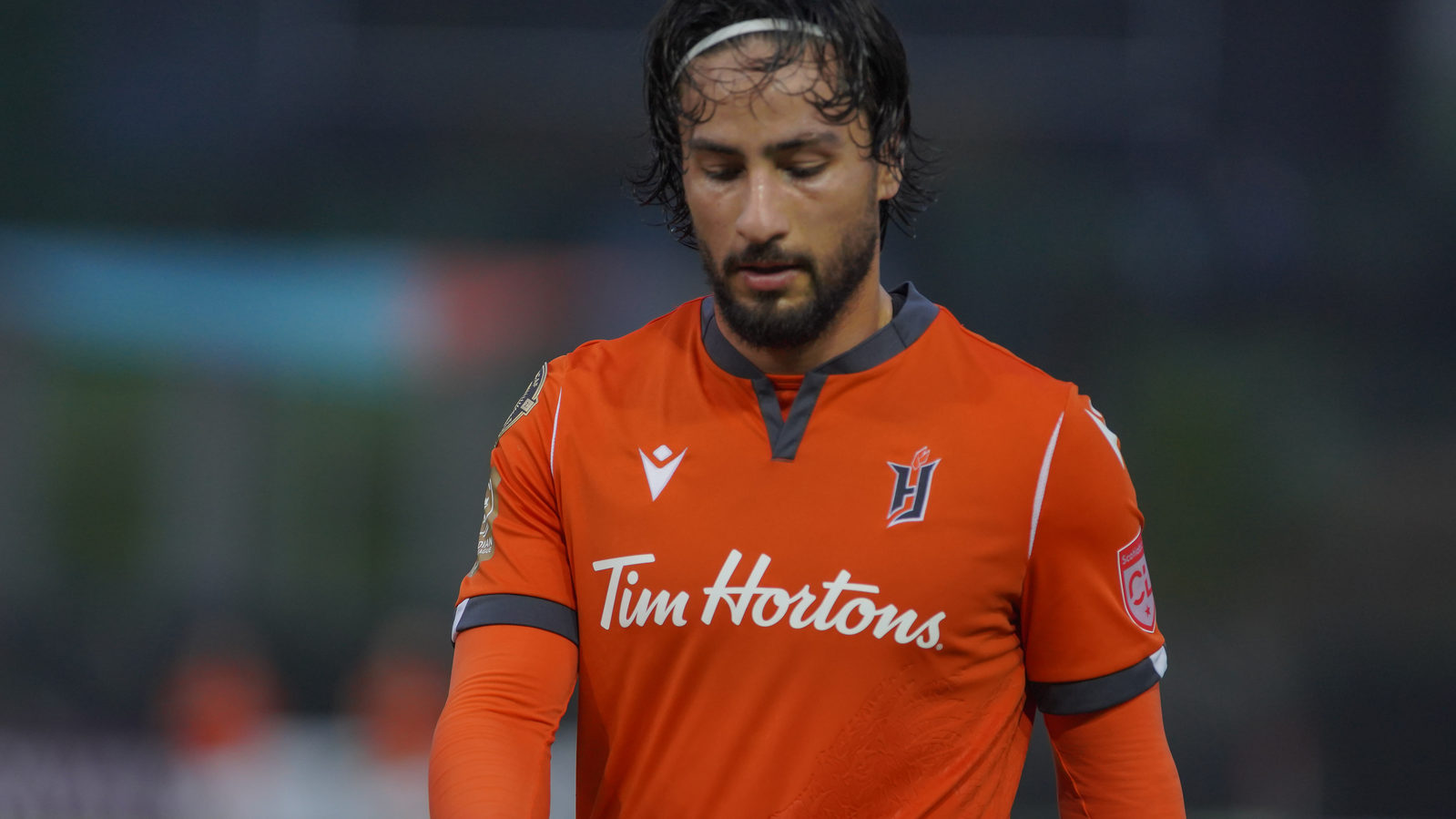 On the road in Panama, and down a player for the entirety of the second half, Forge FC still managed to advance to the quarterfinal stage of the 2021 Concacaf League on Tuesday night with an impressive 2-0 victory over Independiente.

The win sends Hamilton to the quarters for the second year running and puts them in arm’s length of a Concacaf Champions League berth for the 2022 season.

As they did in Hamilton last week, Independiente came flying out of the gates at Estadio Nacional Rod Carew but were again denied a quick opening goal by the slimmest of margins. In the first leg, it was an offside flag ensured the match stayed scoreless, but on this night it was Triston Henry’s right post. A cross into the box was headed toward goal, but struck the inside of the post, and bounced across the six-yard box and away from danger.

In the ninth minute, the home side thought they took the lead again, but again the flag from the assistant referee was raised. A bending free-kick beat Henry and struck the same post, before falling to Guido Rouse in front of goal. The Panamanian attacker put the ball in the net, but was offside when the ball was struck, and the goal was called off.

In the 27th minute, Forge scored the first goal of this two-legged tie, on a well-worked team goal from a corner kick. First to get on the end of a cross in from Kyle Bekker, Alexander Achinioti-Jönsson headed the ball back across the box. Cutting across the six-yard box, Mo Babouli ran in to head the ball himself, redirecting it past the goalkeeper, and giving Forge the lead and a huge away goal.

Babouli was controversially sent off at the end of the first half, seemingly given his marching orders for a slight nudge on an Independiente player as he was standing up. Walking up to Babouli, who was on the ground after an attempted slide tackle, Independiente midfielder Abdiel Macea stood over the Forge attacker and got in his face.

When Babouli stood up, he leaned into Macea with his elbow protruded, and the Panamanian fell over backwards, convincing the referee to send the goalscorer off. It was a bizarre sequence of events, but with no video assistant referee for this match, the official’s call stood.

Forge went into the second half down a man, but up a goal.

The Hammers came out firing in the second half, not letting the red card faze them too much. Less than 10 minutes into the second half, Forge’s lead was doubled, as Kyle Bekker produced a moment of magic. The Forge FC captain fired a free-kick into the top left corner, putting his side one step closer to the next round of the competition.

Staying strong defensively for the remaining 35 minutes, and even pushing for a third at times, Forge FC held on for an impressive 2-0 road victory to book their spot in the quarterfinals of the Concacaf League for the second year in a row.

The defending Canadian Premier League champions will take on either Costa Rican team Santos de Guápiles, or another Panamanian side in Plaza Amador. The top six teams, including the semi-finalists and two quarterfinalists, from Concacaf League will qualify for the 2022 Concacaf Champions League. Forge came close to doing just that in 2020 before falling to Haitian side Arcahaie and Honduran club Marathon in clinching games.

They turn their attention to the CPL first, however, with a league match against Atletico Ottawa on Sunday rapidly approaching.