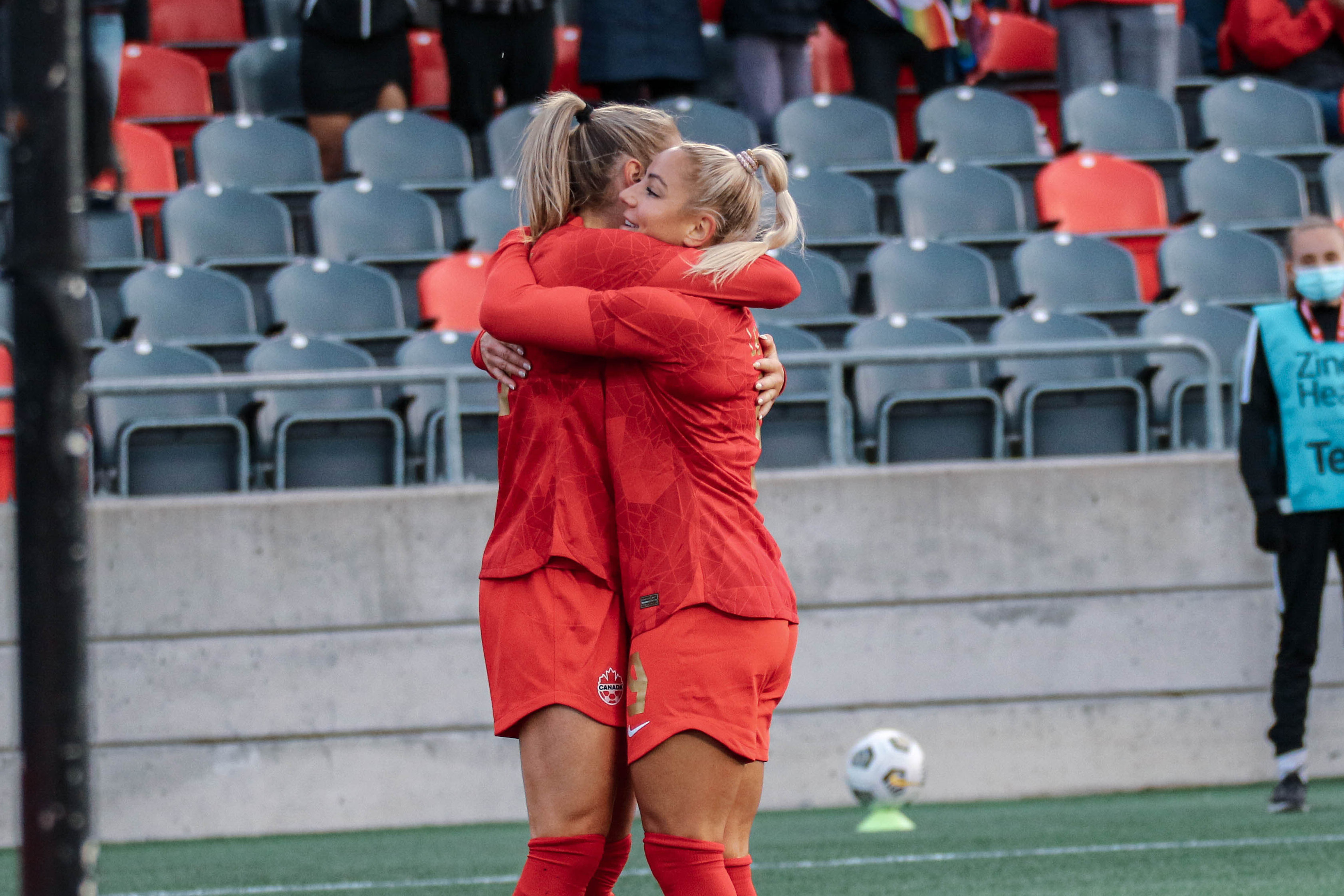 Canada continued their Olympic gold medal celebration tour on Tuesday, picking up a 1-0 win over New Zealand at Stade Saputo in Montreal.

Building on her good form from Saturday’s match, where she scored twice in the final 15 minutes, Adriana Leon gave Canada the lead with another goal in this one. After Janine Beckie’s initial shot was turned away by Leon’s West Ham United teammate Anna Leat, the Canadian striker fired the rebound home to give Canada the lead.

Ria Percival forced a big save from Stephanie Labbé with in the 26th minute — the visitors’ best chance of the opening half. Taking a shot from long range, Percival’s effort dipped toward goal, requiring Labbé to push the ball over her crossbar.

New Zealand had another shot from outside the area stopped by Labbé in the opening 45 minutes, also firing a pair of shots wide of goal. Their starting striker Gabi Rennie was taken off the pitch just before halftime, replaced by Rosie White

Leat came up big for New Zealand in the 55th minute, stopping Leon this time by stretching to catch the ball. After Jayde Riviere played a cross in from the right flank — moments after replacing Sophie Schmidt at halftime — Leon volleyed a shot toward the goal, but Leat positioned herself well to keep it out.

Jordyn Huitema, who replaced Deanne Rose early in the second half, tried to double the lead in the 75th minute with a chipped shot over the New Zealand goalkeeper, but her effort went a few yards wide.

Hannah Blake hit a driven shot at fellow second half substitute Erin McLeod’s goal late in the match, but the effort went just over the bar. The visitors locked it down defensively in the second half, and spent a lot of time on the front foot after the break, but a goal would never come.

Canada had to grind out a 1-0 win over their opponents, an important result as they look to both celebrate their Olympic gold medal, but also prepare for the 2023 World Cup and a busy 2022 schedule.