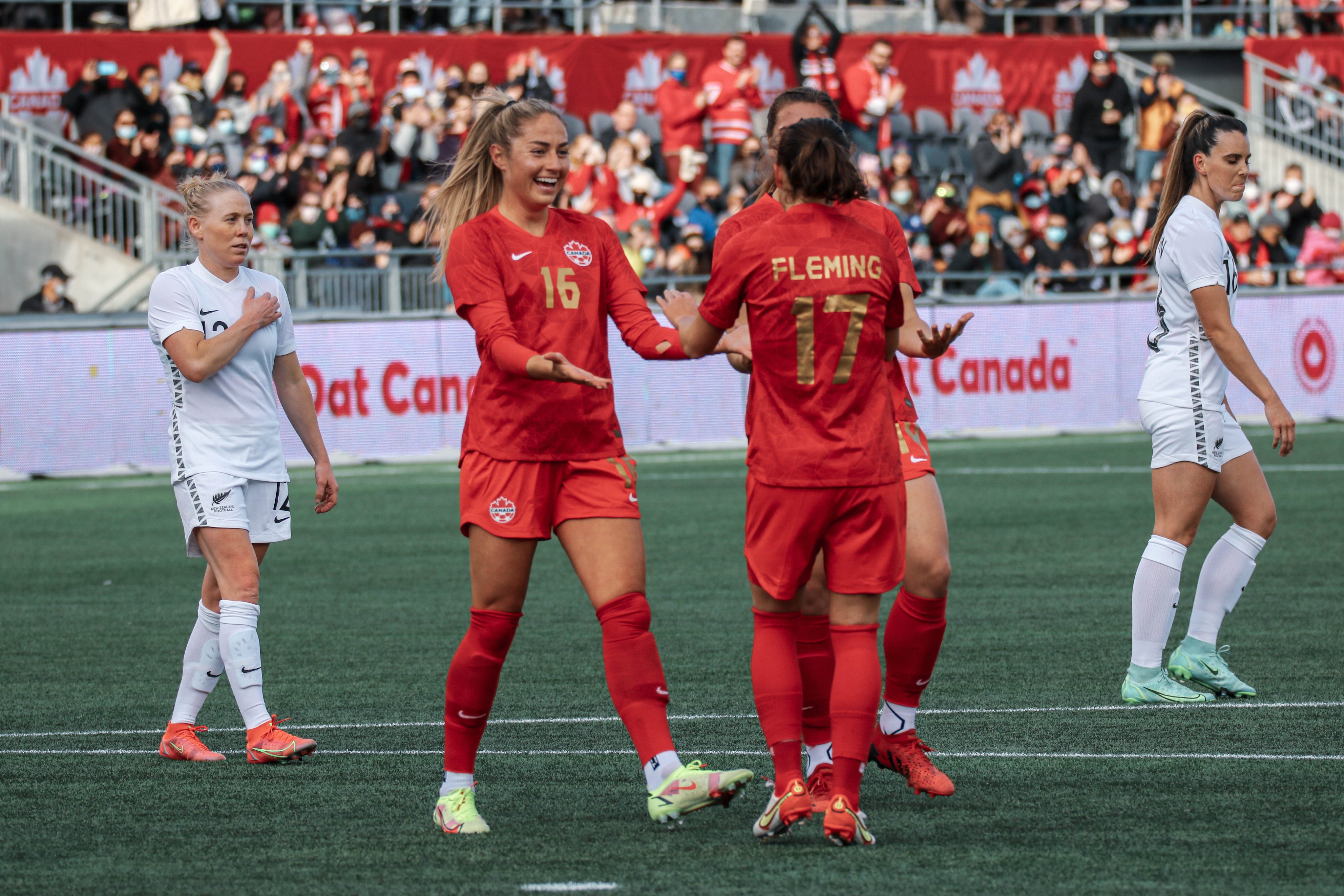 The Canadian Women’s National Team kicked off their Celebration Tour in front of over 16,000 fans at TD Place in Ottawa with a 5-1 win over New Zealand.

A nervy affair in the opening minutes, the visitors would record the first attempt on target but the strike didn’t trouble Stephanie Labbé in goal.

Then down at the other end, the hosts would take the lead just after the 10-minute mark when some smooth trickery from Christine Sinclair saw Daisy Cleverley handle the ball in the box. Jessie Fleming stepped up to the spot and converted for 1-0.

As time went on, Canada settled into their groove and held majority possession as they looked to find open lanes in the midfield with the likes of Fleming and Quinn pulling the strings.

Plenty of work came down the wings as Allysha Chapman and Janine Beckie worked New Zealand on either side of the pitch. The Manchester City star started the build-up for the second goal which saw Sinclair chip into the net from a few yards out.

Coming out after the break, New Zealand had a few spells of possession but Canada continued to control the game. By the 57th minute, Nichelle Prince added a third.

The visitors, however, would pull one back after Chapman was called for a foul in the box. Ria Percival stepped up to the spot and converted the penalty for 3-1 despite substitute Kailen Sheridan getting a hand to it.

But the hosts wouldn’t let losing a clean sheet keep them from attacking even further and a seven-minute brace from substitute Adriana Leon wrapped up a dominant win for the Canadians.