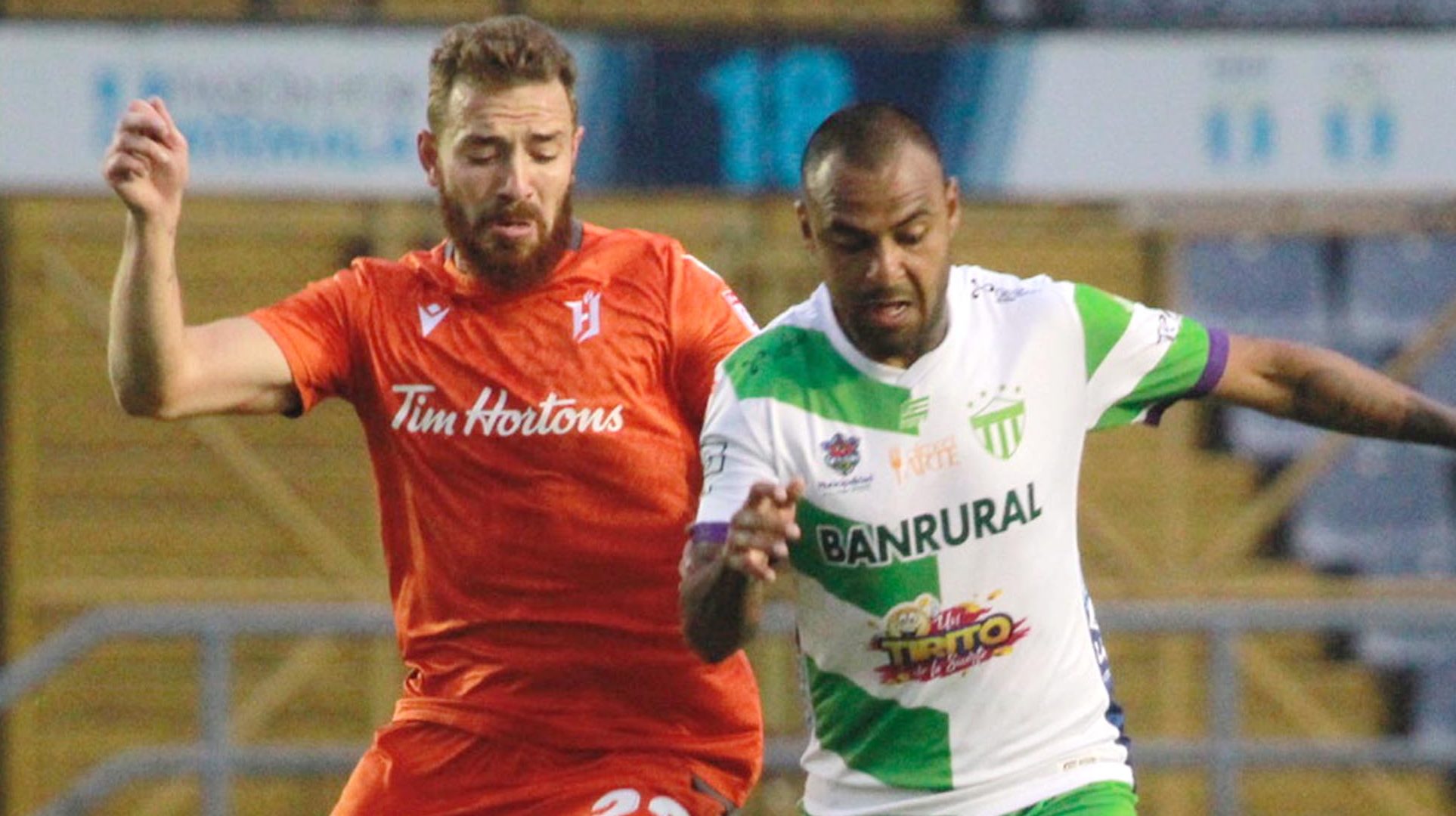 Forge FC has won its first CONCACAF League tie in its first attempt, taking a nil-nil second-leg draw against Guatemalan side Antigua GFC Thursday and winning the tie 2-1 on aggregate to move on to the Round of 16.

Needing to score in the match, which took place at Estadio Doroteo Guamuch Flores in Guatemala City, Antigua knocked on the door several times in the first half, challenging Forge goalkeeper Triston Henry with a series of awkward balls played into the box.

The home side kept the pressure on for much of the first frame, with Forge forced to play on the counter in the first instance of a CanPL side playing on the road in CONCACAF.

With a stalemate enough to secure a spot in the Round of 16, Forge held on defensively. Henry stopped Antigua’s lone goal in the match in the 65th minute. The home side was dealt a blow in the 86th minute when midfielder Pablo Mingorance was sent off after receiving a second yellow.

Forge will now move on to play Honduran side C.D. Olympia in the competition’s Round of 16 stage, with the first leg set for Thursday, August 22 at Tim Hortons Field in Hamilton.

Watch the best moments of @ForgeFCHamilton s ?? historic qualification to the #SCL2019 Round of 16! pic.twitter.com/6qIFaEOVhq

Forge now move into a break before returning to CPL action. Their next contest is set for Saturday, August 17, when they’ll head to Winnipeg for a game against Valour FC (6:00 p.m. ET, 5:00 p.m. CT, on OneSoccer).

Despite scoring or setting up too many chances, Forge’s captain was still of great use to the home side, keeping possession well and frustrating Antguia with a series of key tackles in the middle of the park. He was unlucky to score in injury time, too.

A solid 90-minute left from Forge’s right fullback. Dominant in the air, forcing Antigua to the wing and connecting well in transition.